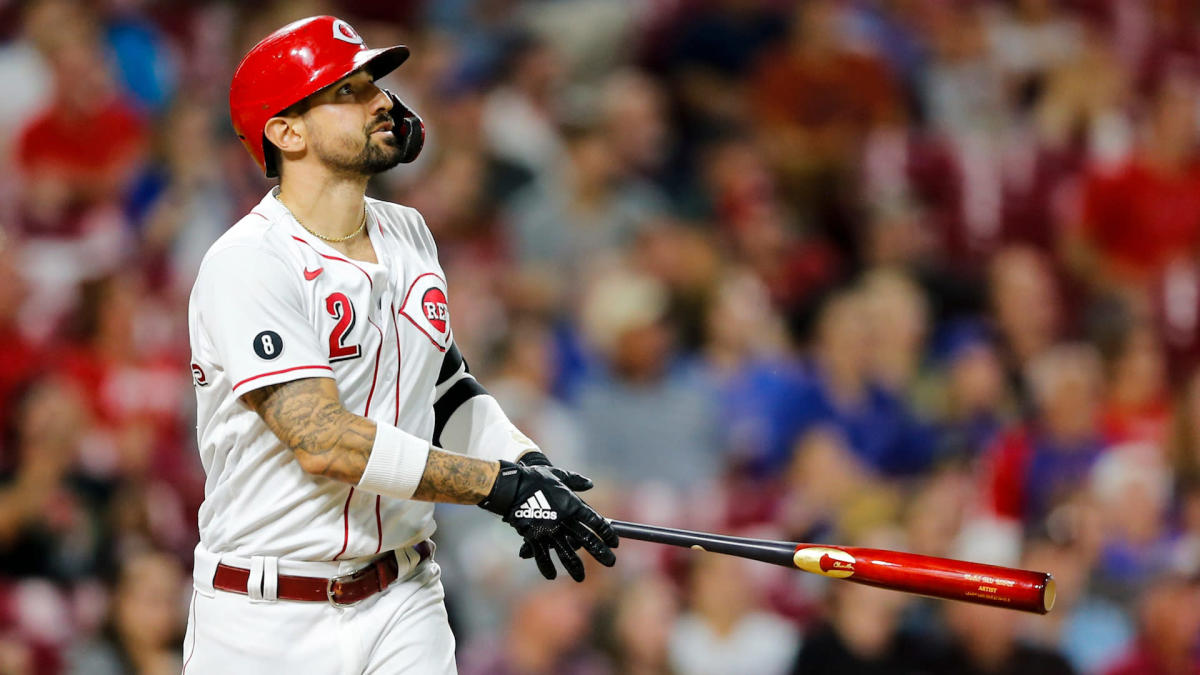 What a difference three days and two bats can make.

The Phillies woke up an antsy fanbase overdue to watch a winner by making a series of signings this week that began with relievers Brad Hand and Jeurys Familia, continued with Kyle Schwarber and culminated with the shocking addition of Nick Castellanos, who agreed Friday night to a five-year, $100 million deal.

Here are some scattered thoughts and observations about the Phils’ agreement with Castellanos:

It will make everyone better

Castellanos’ presence should affect the rest of the lineup in a positive way. He will likely protect Bryce Harper, setting up opposing pitchers and managers with the kind of pick-your-poison decision late in games the Phillies just haven’t had much of the time behind Harper.

With Castellanos and Schwarber, who are each capable of hitting 30 homers or driving in 100 runs, Harper doesn’t need to carry the offense for months as he did in 2021. J.T. Realmuto doesn’t have to be relied upon as the cleanup hitter or second-best run producer, he can settle more naturally into a complementary offensive role. Realmuto’s strength is his all-around skill set, and realistically, he is probably more of a third or fourth offensive piece for a team with deep postseason aspirations.

Up and down the lineup, Phillies players should feel less pressure. That also includes Alec Bohm, who figures to hit in the bottom-third of the lineup with less scrutiny on every AB.

Very fair price for the Phils

The Phillies brought in Schwarber and Castellanos on deals worth a combined $179 million over nine years.

Kris Bryant received a seven-year, $182 million contract from the Rockies.

Would you rather have Bryant, or both Schwarber and Castellanos for a combined $3 million less over two additional seasons?

The Phils are paying each of their new sluggers less than $20 million per season. They ended up with both without having to overpay either.

His hot streaks just look different, both in length and significance. When Castellanos is locked in, it seems like everything is a well-struck double to the gap.

Overall the last three seasons, Castellanos has an .880 OPS with 162-game averages of 35 homers and 50 doubles. Not bad.

It will be interesting to see how Joe Girardi sets this lineup. Does Schwarber, with his combination of power and plate selection, lead off?

Do the Phils bat Jean Segura second to get a high-batting average player with speed toward the top of the lineup, or hit him closer to 6 with Realmuto or Rhys Hoskins in the 2-hole?

How much of a consideration is splitting the lefties — Schwarber, Harper, Didi Gregorius and/or Bryson Stott?

It’s worth mentioning that, for whatever reason, Harper has been much worse batting second throughout his career than batting third, fourth or leadoff. It seems like he’ll stay in the 3-hole after thriving and winning an MVP in that spot a year ago.

Phillies fans had grown skeptical that they’d ever exceed the luxury tax after several years of managing partner John Middleton saying they would for the right opportunity. These are the kinds of things you do when you have stars like Harper and Zack Wheeler in their prime and under huge contracts and when you don’t have a bunch of major-league-ready pieces coming from your farm system.

The Phils are about $10 million over the $230 million luxury tax. If they spent nothing more between now and the end of the season, they’d pay a penalty of approximately $2 million. Since this would be their first year exceeding the tax, they’d be subject to the lowest penalty of 20%. Exceed it two years in a row and that rises to 30%. Three years in a row and it’s 50%. This is relevant because the Phillies will still have a ton of money committed toward 2023 and 2024, and if they do progress into becoming an actual contender, the spending won’t just stop.

There’s no denying this Phillies team skews offensive. On defense, they aren’t above average anywhere with the exception of Realmuto behind the plate and maybe Segura at second. Harper was impressive defensively in 2019 but less so the last two seasons as he dealt with nagging injuries, including a back issue that caused him to alter his throwing motion.

Neither Castellanos nor Schwarber is known for defense. The Phillies will likely have to slug their way to wins with one of baseball’s worst defenses and the always unpredictable bullpen. They’re positioned well to do so with Harper, Castellanos, Schwarber, Hoskins, Realmuto and Segura in the same lineup.

Could anyone else be on the move?

Hoskins’ situation is worth monitoring. The Phillies do not need to trade him, but they have added two more middle-of-the-order bats, one of whom can play first base, and Hoskins has not yet been extended. He is scheduled to become a free agent after 2023. Perhaps at some point, the Phils look to flip him for pitching. It would have to be the right sort of return, though, a player who could help as much as Hoskins. There’s no great urgency for the Phillies to make this move but it’s worth keeping in the back of your mind.

This is why you bring in Dave Dombrowski

He’s spent everywhere he’s been and leaned on veterans more so than prospects. That theme hasn’t changed here. His history in Detroit with Castellanos probably didn’t hurt.

The Phillies forfeit their second-round pick for signing Castellanos because he was extended a qualifying offer by his former team, the Reds.

It is the fourth time in five years the Phils have lost a high pick by signing a top free agent. It also happened in 2018 with the Jake Arrieta signing, in 2019 with Harper and in 2020 with Wheeler.

By quick count, 16 or 17 members of the Phillies’ 26-man projected opening day roster were acquired through free agency or trade. That is not how most teams want to operate to build a team that sustains success.

With a $240 million payroll and an expanded playoff field, the Phillies must make the postseason in 2022. There will be no excuse unless multiple top players suffer long-term injuries. It has to work this season.