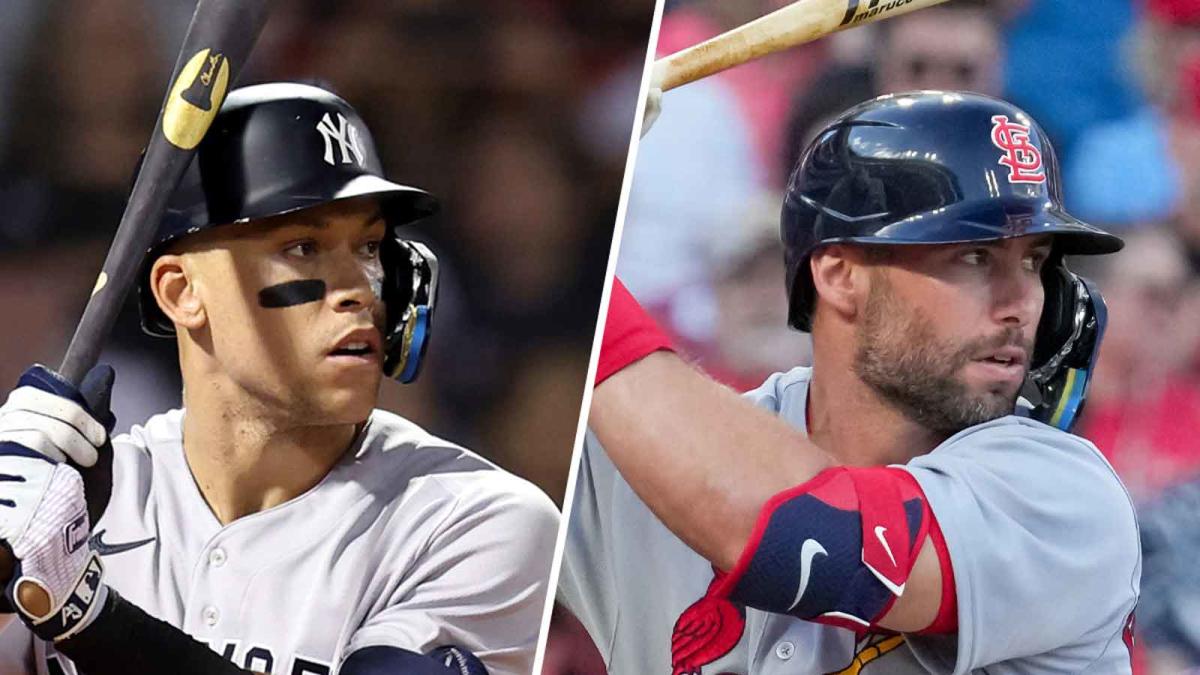 October is quickly approaching and the playoff picture isn’t the only thing on the line around MLB.

Baseball fans have plenty to root for this season as long as New York Yankees’ outfielder Aaron Judge and St. Louis Cardinals’ first baseman Paul Goldschmidt are in the mix. Both stars are putting the American and National Leagues on watch as they make a serious bid for the Triple Crown, one of baseball’s most exclusive statistical clubs.

As the regular season draws to a close, we’ve got you covered with a quick rundown of the historic achievement.

What is the Triple Crown in baseball?

In baseball, a player who leads their respective league in batting average, home runs and RBIs, wins a triple crown.

It’s an incredibly rare accomplishment — especially in the modern era – and has only been accomplished once in the past half century.

How many Triple Crown winners have there been in baseball?

There have been 16 different Triple Crown winners and 18 Triple Crown campaigns throughout baseball’s 146-year history.

When was the last Triple Crown in baseball?

Miguel Cabrera made history in 2012 when he became the first player to record a triple crown since Carl Yastrzemski’s magical 1967 season. At 29 years old, the Detroit Tigers legend had 44 home runs and 139 RBIs — both career highs — while batting .330.

This 55-year drought is largely due to a rise in specialization, as batters choose to prioritize either batting average or home runs. As baseball continues to reach new heights of athleticism and power, the Triple Crown becomes increasingly more rare to attain.

*RBIs were not an official statistic prior to 1920

Who has the best odds of winning the MLB Triple Crown this season?

He’s got his work cut out for him down the final three weeks of the season as he attempts to surpass Minnesota Twins infielder Luis Arraez’s .319 average.

On the other side of the MLB, St. Louis Cardinals first baseman Paul Goldschmidt is looking to become the first National League Triple Crown winner since Joe Medwick did it in 1937 with the Cardinals. He is currently top-5 in each of the Triple Crown categories. In addition to batting .322, Goldschmidt has 35 home runs — two behind league leader Kyle Schwarber — and 109 RBIs — one behind Pete Alonso. Goldschmidt will need some things to go his way on an incredibly tight National League leaderboard.

Both All-Stars are facing an uphill battle to join the likes of Cabrera and the Triple Crown winners. Not surprisingly, they both are heavy-favorites to win their league MVP at -2000 odds, according to our partner, PointsBet.

However, Judge’s two-category lead gives him the slight edge over Goldschmidt.

Have there ever been two Triple Crown winners in one season?

Jimmie Foxx and Chuck Klein both won the Triple Crown in 1933, leading their respective leagues in the three statistics.