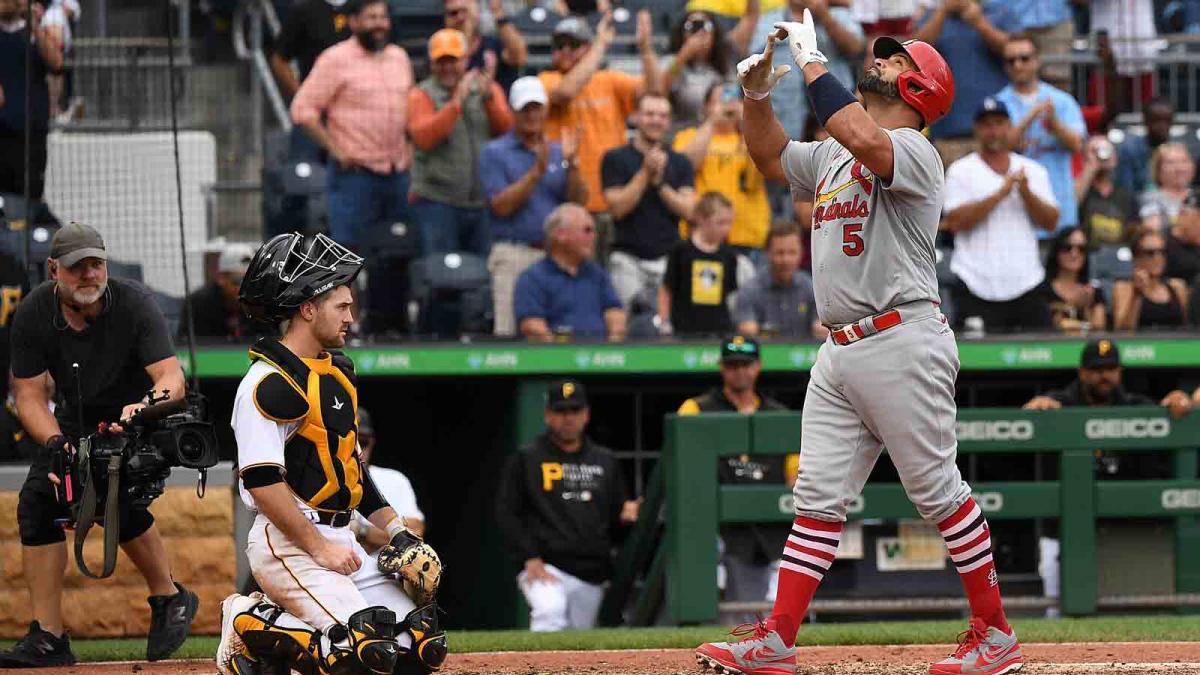 A milestone home run ball hit by Albert Pujols was something of a sign from above.

The St. Louis Cardinals slugger crushed the 697th home run of his career Sunday against the Pittsburgh Pirates at PNC Park, moving him ahead of Alex Rodriguez for fourth place on MLB’s all-time list. The ball, hit 410 feet to the right-centerfield bleachers, was caught by Matt Brown, who had traveled to the game from Buffalo with his wife Samantha.

Samantha’s father, a Cardinals fan, passed away one year ago to the day and the couple made the trip to the game in his memory.

When they met with Pujols after the game to return the historic baseball, they told the future Hall of Famer about Samantha’s father. He told them to keep the ball.

“I think it means more to that girl than me having it in my trophy case,” Pujols told reporters. “Unfortunately, she lost her dad, and maybe that’s a piece of memory she can have.”

The two-run home run, which Pujols hit in the ninth inning of the Cardinals’ 4-3 win over the Pirates, was the 18th of the season for the 42-year-old.