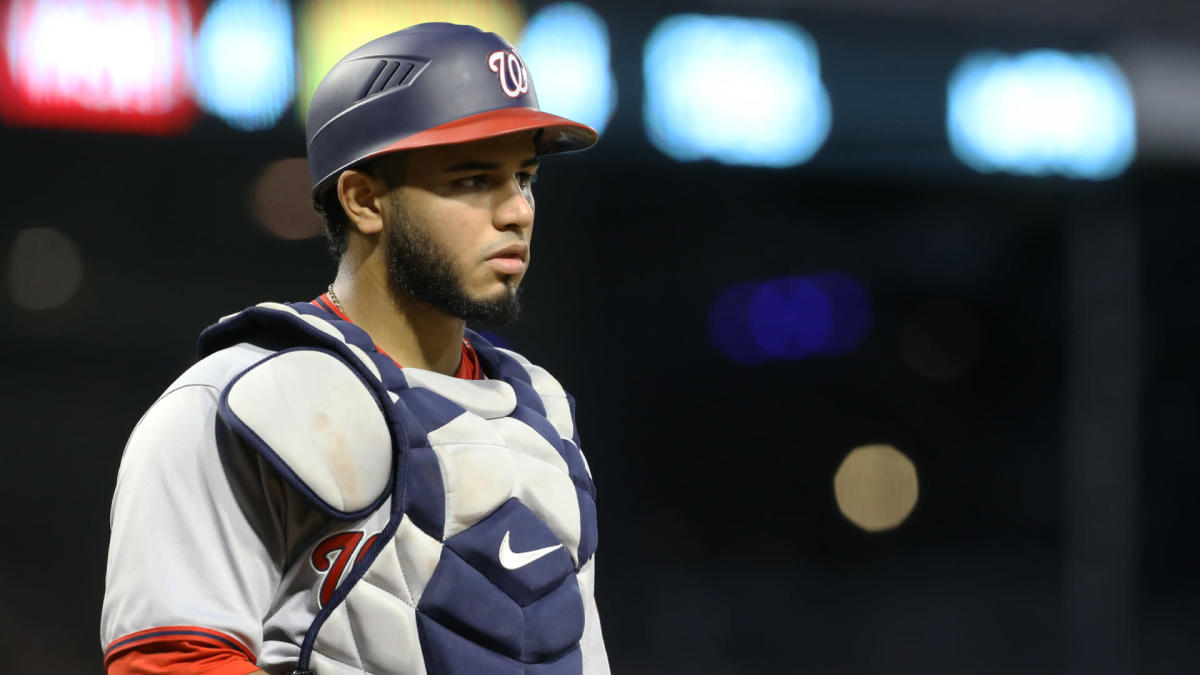 It’s been a rough couple of seasons for catchers in the batter’s box.

The position has always been more about defense, as catchers have many more responsibilities than the average defender. However, they still have to hit and recently, it hasn’t been pretty.

Catchers have combined for a sub-.700 OPS in three of the last four seasons, claiming the lowest average OPS of any position each year. The star power has also been lacking. The only backstop to finish in the top 10 of MVP voting over that span was Salvador Perez, who placed seventh for AL MVP in 2021.

Pretty soon, that could change.

The 2022 season will see a new crop of catchers break through the top levels of the minor leagues and into the majors, many with prospect evaluations that are bullish on their ability to produce at the plate. Among them is Nationals catcher Keibert Ruiz, who instantly became their top prospect when they acquired him from the Los Angeles Dodgers amid their flurry of moves at the trade deadline last summer.

Ruiz has been a consensus top-100 prospect since 2018, working his way up a crowded Dodgers farm system despite being blocked by Will Smith at the top. He exceeded rookie limits during a September stint with the Nationals last season, so he won’t be eligible for Rookie of the Year voting. But in what will be his first full major-league season, Ruiz will have every opportunity to realize his potential in D.C.

Baseball America’s prospect reporter Ben Badler sat down with NBC Sports Washington and discussed his projections for the switch-hitting catcher out of Venezuela.

“He’s got a chance to be an above-average defender and plus-hitter, too,” Badler said. “He’s hit every level throughout the minor leagues, flashed a little bit in the big leagues too. I think he’s a guy who could be an All-Star-type player for them. Not a huge power guy but somebody who can be a plus-hitter, make a ton of contact, put the ball in play, get on base.”

In 23 games for the Nationals down the stretch, Ruiz shook off some initial struggles to hit .284 with two home runs, three doubles, six walks and four strikeouts over 89 plate appearances. It’s a small sample, but he was even more impressive in the minors. Ruiz led all Triple-A catchers with a .993 OPS between his time with the Dodgers’ and Nationals’ affiliates. He also broke through in the power department, hitting 21 home runs and 24 doubles in 72 games — both career highs.

The Nationals are expected to make Ruiz their everyday catcher this season with a mix of Riley Adams and Tres Barrera behind him depending on the implementation of the designated hitter in the National League. Baseball America named him the No. 11 overall prospect heading into 2022, third among catchers behind only Adley Rutschman (No. 1) and Gabriel Moreno (No. 7).

“It’s an awesome year right now for catching prospects throughout the minor leagues,” Badler said. “He’s not Adley Rutschman but he’s right up there in that next tier of guys with Francisco Alvarez of the Mets, Gabriel Moreno with the Blue Jays [and] some other players, too. But he’s the furthest along of that group.”

Overall, six of Baseball America’s top 25 prospects are catchers and there are 12 total in the top 100. Catchers still have a long way to go before the group’s overall offensive production can take a step forward, but Ruiz is among those who could help provide the position with a very different outlook in the near future.

“Maybe this changes over the next five years or so with the wave of catching coming up, but just the level of offensive production from catchers in the major leagues right now is really, really light so I think he has a chance to stand out pretty soon as one of the better catchers in the big leagues,” Badler said.