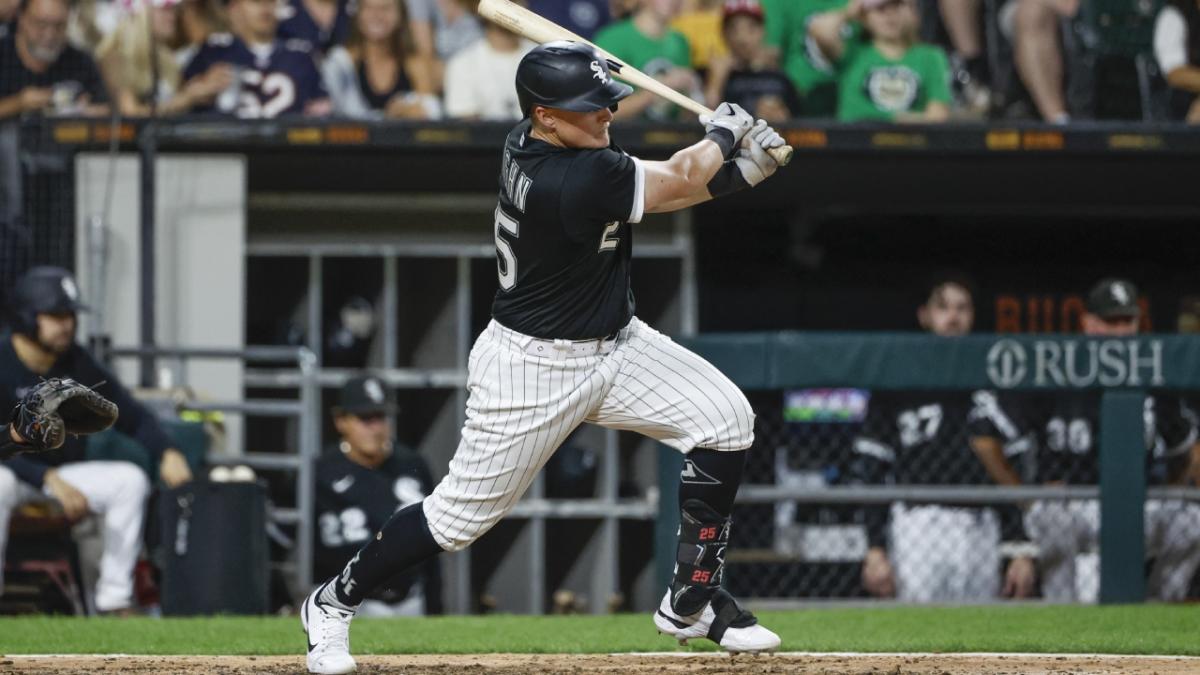 Andrew Vaughn hit a tiebreaking single in the seventh inning for the second consecutive night, AJ Pollock homered in the eighth and the Chicago White Sox beat the Detroit Tigers 6-4 on Saturday night.

Vaughn had three hits for the White Sox, who moved within 2 1/2 games of AL Central leader Cleveland.

Liam Hendriks worked around Kerry Carpenter’s first major league hit — a single — and a walk in the ninth for the closer’s 25th save in 28 chances.

Akil Baddoo and Harold Castro each had a pair of hits and Riley Green drove in three runs for the Tigers, who have dropped six straight and nine of 10.

Vaughn’s RBI single off Joe Jimenez (3-2) gave the White Sox a 5-4 lead in the seventh. Jose Abreu singled and moved to second on Yasmani Grandal‘s flyout. A replay confirmed Abreu was safe, and he scored on Vaughn’s third hit.

Vaughn also hit a tiebreaking single in the seventh inning of Chicago’s 2-0 victory over the Tigers on Friday.

Pollock hit his sixth homer in the eighth off Andrew Chafin.

Lucas Giolito (9-6) overcame a rough second inning, allowing four runs and eight hits in seven innings. He struck out seven and walked one. He retired 12 consecutive batters after allowing a go-ahead double to Eric Haase in the third. Baddoo singled off Giolito in the seventh before Giolito induced an inning-ending double play.

Abreu’s sac fly put the White Sox ahead in the first.

Detroit took a 3-1 lead in the second on Greene’s three-run double off the left-field wall against Giolito. With two outs, Carpenter walked and Jonathan Schoop and Baddoo singled before the double.

Chicago tied it at 3 in the bottom of the inning with Leury Garcia’s single and Pollock’s sac fly.

Haase doubled off Giolito and the Tigers retook the lead, 4-3, in the third.

The White Sox tied it again on Eloy Jimenez’s RBI single in the fourth.

Detroit manager A.J. Hinch was ejected in the seventh inning after talking to the umpire crew.

White Sox: OF Luis Robert (sprained left wrist) was out of the lineup. He exited Friday’s victory over Detroit after colliding with 2B Schoop while trying to steal second base. Robert was experiencing soreness and tightness, manager Tony La Russa said. … RHP Joe Kelly is feeling better after he left Thursday’s loss at Kansas City with lightheadedness, La Russa said. … RHP Vince Velasquez (right index finger blister) was with the White Sox Saturday after his rehab assignment with Triple-A Charlotte. La Russa said the team has yet to make a decision about Velasquez.