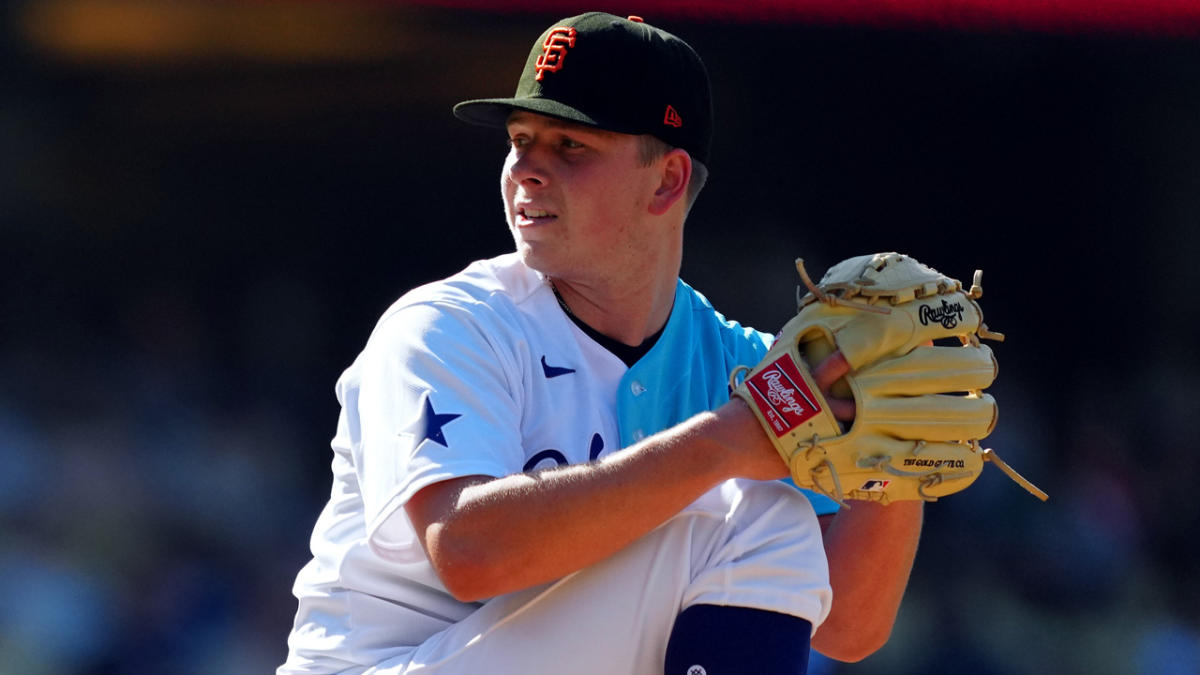 The Giants’ top pitching prospect continues to live up to the hype.

After an incredibly dominant campaign between High-A and Double-A this season, Kyle Harrison recently was named Giants Minor League Player of the Year by Baseball America.

The 21-year-old lefty is San Francisco’s second-best prospect behind outfielder Marco Luciano and ranked No. 22 overall in MLB Pipeline’s Top 100. After glancing at his numbers this year, it’s clear he’s meeting — and possibly exceeding — expectations.

Harrison struck out a whopping 59 batters in 29 innings though seven starts with the Eugene Emeralds en route to a 1.55 ERA to start the season.

That dominance then earned him a promotion to the Richmond Flying Squirrels’ roster near the end of May, where he continued to show what his renowned four-seam fastball and mid-80s slider can do. Harrison posted a 3.11 ERA in Double-A this season while striking out 127 in 84 innings.

Giants farm director Kyle Haines told Baseball America he thought moving up to Richmond would provide Harrison with more of a challenge. He was wrong.

“At times, it just looks like he’s on another level compared to that competition,” Haines said. “He can make a hitter look foolish with two different pitches. He’s just usually trying to pick which one he wants the hitter to look foolish on, whether it’s the fastball or the slider.”

And with two devastatingly effective pitches already under his belt that have earned him comparisons to Madison Bumgarner, Harrison has been working on a third. One of the hardest parts about mastering a changeup, however, is knowing how often to use it.

“I think I was throwing it a little too much,” Harrison told Baseball America. “I threw it too much one of my outings and didn’t have the best results … It’s just a matter of time before I fully harness that thing, hopefully.”

Once Harrison perfects his changeup, it’s bad news for minor league hitters — and, perhaps soon, those in the majors.

“I think bypassing Triple-A is a very real possibility for him, because I don’t know how much better the hitters are going to be against his stuff in Triple-A and again, I can say the same thing about the big league,” Pelfrey said. “I think he’s going to compete very well in the big leagues. I think he can do it right now.”

RELATED: What Harrison learned rooting for MadBum, Vogey growing up

There’s no set timetable on when Harrison will make his MLB debut, but for now, he isn’t too focused on anything more than doing his job on the mound.

“I don’t really think about it too much,” Harrison told Baseball America. “I’m not going to stress too much on things I can’t control.”

Harrison got a taste of MLB excitement when he represented the Giants in the Futures Game this summer during All-Star week at Dodger Stadium.

And now, Giants fans eagerly await the day where he represents the team on the field at Oracle Park.

Is there more than we know to Wyc Grousbeck’s claim the Boston Celtics are overrated?