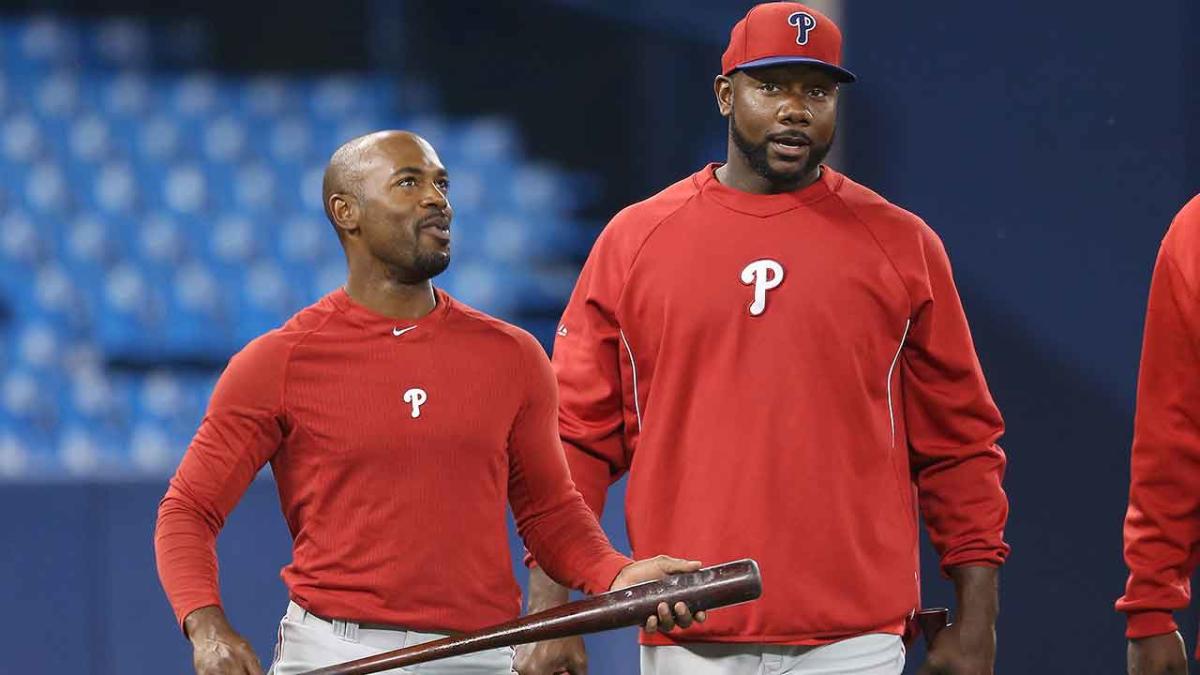 A ballot loaded with star power, record setters and players with Phillies ties produced just a single honoree when the Baseball Hall of Fame Class of 2022 was announced Tuesday night.

David Ortiz, the Curse-busting slugger who helped the long-tortured Boston Red Sox win three World Series crowns, became the 58th player to be elected in his first year of eligibility.

Ortiz received 307 of a possible 394 votes (77.9 percent) on the Baseball Writers Association of America ballot. Seventy-five percent is required for election.

The ballot included several players who starred for the Phillies, including former National League MVPs Jimmy Rollins and Ryan Howard, both first timers.

Rollins received 37 votes (9.4 percent). By garnering at least 5 percent of the vote, he will remain on next year’s ballot.

Howard was not as fortunate. He received just 8 votes or 2 percent and fell off the ballot.

Meanwhile, Scott Rolen, NL Rookie of the Year with the Phillies in 1997, continued to gain momentum in his fifth year on the ballot. He received 63.2 percent of the vote, up from 52.9 percent last year.

For the past decade, with the aftermath of baseball’s steroid era still shaping the opinions of many voters, Hall of Fame election day has been as much about who doesn’t get in as who does.

While Ortiz ascended to Hardball Heaven on his first try, three-time MVP Alex Rodriguez, an admitted steroid user who once served an MLB-mandated suspension, came up well short of election at 34.3 percent in his first year on the ballot.

Meanwhile, four players who had been dominant in their era failed to win election in their 10th and final year of eligibility and fell off the writers’ ballot. The group includes Barry Bonds, the game’s all-time home run king and Roger Clemens, a seven-time Cy Young winner and arguably the greatest right-hander in the history of the game.

Sammy Sosa, a former NL MVP and the only player to hit 60 homers in a season three times, also fell off the ballot as did pitcher Curt Schilling, who spent nine of his 20 seasons in a Phillies uniform, twice reaching 300 strikeouts with the club.

Bonds received 66 percent of the vote, Clemens 65.2 percent and Sosa 18.5 percent. All have all been connected to steroid use.

Schilling was viewed as an above-board competitor throughout his career. He basically pitched on one leg while helping the Red Sox end the Curse of the Bambino with their World Series title in 2004. The championship ended an 86-year drought for the Red Sox.

Schilling’s candidacy was undone after his playing career by a series of comments and political statements that were deemed offensive by some. He topped out at 71.1 percent, falling just 16 votes shy of election last year. After last year’s election, the pitcher requested that his name not be included on this year’s ballot. It was but his vote total shrunk to 58.6 percent.

Bonds, Clemens, Sosa and Schilling still have a chance to be elected by one of the Hall of Fame’s special election committees. In fact, the Today’s Game Era committee will meet in December to review candidates not elected on the writers’ ballot so these former stars could be in the news again before the year is over.

As for this summer’s Hall of Fame spotlight, it belongs to Ortiz, who slugged 541 home runs, 483 after being released by the Minnesota Twins in December 2002 and signed as a bargain free agent by the Red Sox a month later. He will be enshrined in Cooperstown on July 24.

The 10-time All-Star was not without some fine print of his own. The New York Times in 2009 reported that he tested positive for a performance-enhancing substance during an anonymous survey test conducted by Major League Baseball in 2002, before the league had an official testing program. Years later, Commissioner Rob Manfred essentially cleared Ortiz’ name when he stated that the survey test had produced a number of false positives and involved substances that were sold over the counter.

In addition to Schilling, Rolen, Rollins and Howard, the list of players on the ballot with Phillies ties included Bobby Abreu (8.6 percent), Jonathan Papelbon (1.3 percent) and Billy Wagner (51 percent).

Despite this level of production, and 383 career homers, second only to Mike Schmidt in Phillies history, Howard is off the Hall Fame ballot after one year.

In the end, his period of dominance, shortened by a torn Achilles tendon on the final swing of the 2011 season, just wasn’t long enough.