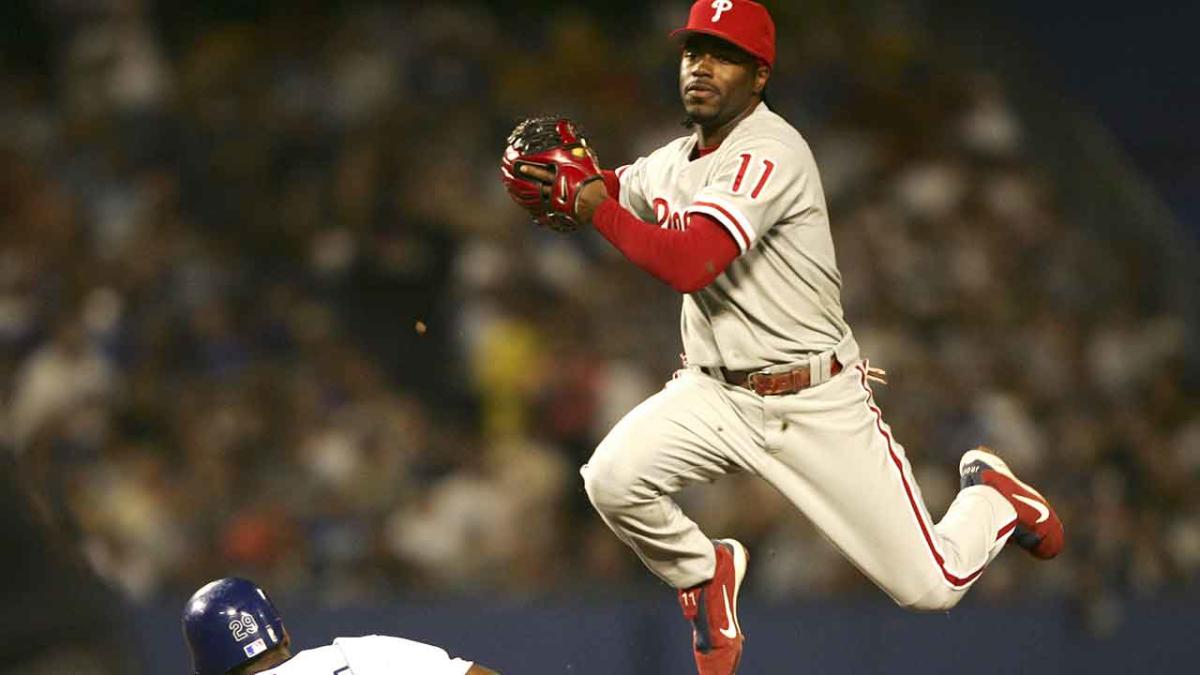 Though it’s not his call, Jimmy Rollins believes he is a Hall of Famer.

In fact, he thinks the 2008 World Series champion Phillies had two.

“One being Chase Utley (eligible in 2024), the other being the guy talking,” Rollins said on this week’s Takeoff podcast with John Clark.

This was Rollins’ first year on the ballot and he received 9.4 percent of votes, well below the 75 percent needed for election but higher than the 5 percent necessary to stay on another year.

“It doesn’t matter what I think,” Rollins said, “the writers have to agree, 75 percent, and you know how tough it is to get 75 percent of anybody to do anything. It’s nice to be on again, nice to make sure you’re on there and can get more consideration, they can look deeper into the numbers and compare you to whoever they need to compare you to.

“You see what happened with Scotty Rolen, who was here when I first got here. He’s trending well, I’m happy for him. And we have some heavyweights, some controversial figures coming off (the ballot), so that will help improve his chances of hopefully getting in next year.”

Gaining election in the first year of eligibility is a mark of achievement. Many are made to wait. Rollins understands why.

“I’m not a writer, but if I’m looking at it through their eyes, there are a number of guys on there,” he said. “There are some guys they’re just not going to vote for, period. You get to elect 10 people and might only get three or four that you like.

“When you look at it that way, they say you have time. Some guys, they’re just gonna get ’em in, no need to waste time. Some guys, they want to evaluate because that’s what they do. Some use analytics as far as getting you in, some people look at the body of work, the impact of things that don’t show up in an analytic department, and they compare you to who’s in there.”

Count Rollins among the many who believe Bonds, Clemens and Pete Rose, for that matter, should be in the Hall. Bonds and Clemens have an alternate pathway through the Today’s Game Era committee, which meets in December, though that voting body could be even more rigid in its evaluation of players connected to performance-enhancing drugs than the writers were in Year 10.

“But the other side is there were rules that were broken. We all know what they are, things presented to us in spring training that you can and can’t do. Betting is the cardinal sin, obviously, and then after that would be cheating. But you can have a separate section for them. They have done things that are amazing in this game. Did they get help? Yeah, they got help. People get help in a lot of aspects of life. Carve out a special section. These guys are Hall of Famers, have an asterisk, but honor them, honor their body of work.”

Unlike Rollins, Ryan Howard was one-and-done on the ballot. He received just eight votes, or 2 percent. Who knows what might have happened if Howard had his legs under him for a few more years. He had 18 more home runs and 88 more RBI than anyone in baseball from 2006-11 but the peak was not long enough.

“He was definitely on pace to be a sure-fire Hall of Famer,” Rollins said. “Some injuries got in the way. Being the type of hitter he was, being a power hitter, you have to be able to use your legs. Knee problems led to the Achilles, and he just couldn’t sustain what he was able to do early in his career when he was able to sit back and be on his legs. Had he not gotten injured, I would have said for sure. You talked about Ryan and you talked about Albert (Pujols). You couldn’t talk about Major League Baseball and power hitters without talking about Ryan Howard, for certain.”