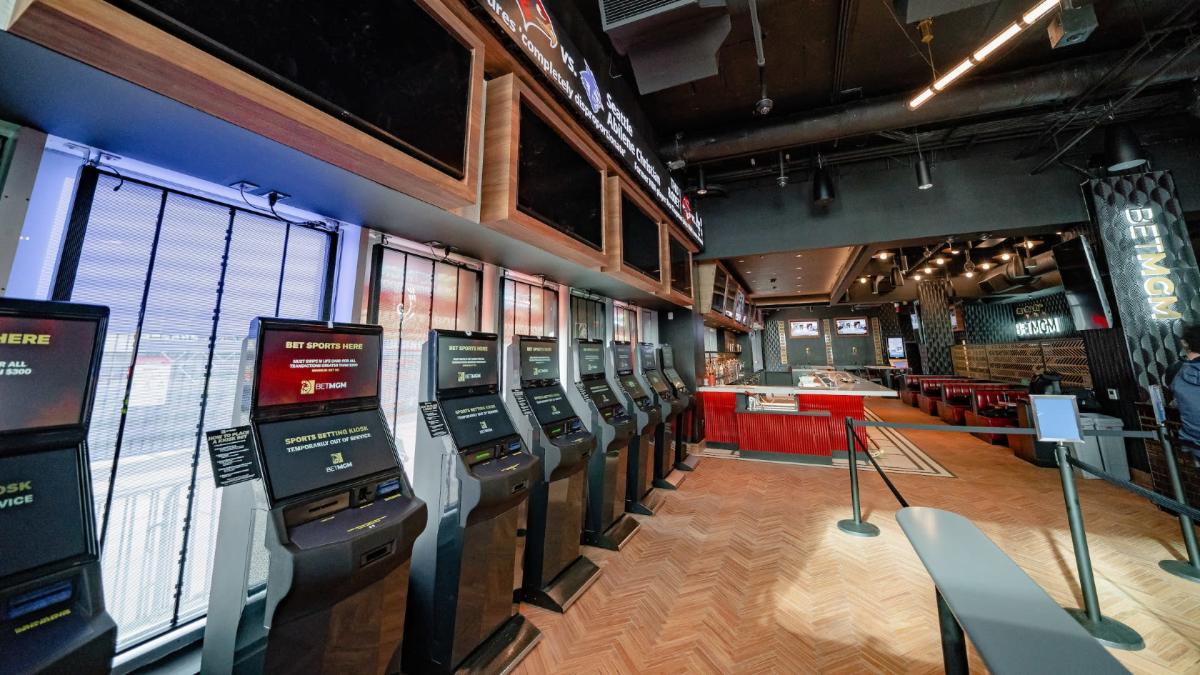 The Nationals have a new neighbor.

On Monday, the BetMGM Sportsbook located next to the center field gate of Nationals Park opened for business to become the first active retail sportsbook connected to an MLB stadium. The 4,000-square-foot building replaces Center Field Social and features six betting windows, rows of betting kiosks, 40 TVs and a full bar and kitchen. Fans inside the stadium won’t have access to the sportsbook but will be able to bet from their seats using the BetMGM app by the start of the 2022 season.

“The BetMGM Sportsbook at Nationals Park represents the newest way in which we are providing our fans with the best experiences in sports and entertainment,” Lerner Sports COO Alan Gottlieb said in a statement. “Upon its opening, the sportsbook immediately becomes one of the neighborhood’s premier venues for both the savvy bettor and casual fan to watch the top events in an upscale and electric atmosphere.”

The Nationals follow in the footsteps of the Capitals and Wizards, whose home of Capital One Arena became the first U.S. sports venue to share space with a sanctioned betting location when William Hill’s sportsbook opened last May. Audi Field, the home of D.C. United, has an agreement with FanDuel to open a sportsbook as well, though its opening has been delayed.

The sports gambling industry has seen this type of expansion across the country ever since the Supreme Court struck down a federal ban on commercial sports betting outside of specific cities such as Las Vegas in 2018. Virginia has already legalized mobile sports betting statewide and lawmakers have discussed the possibility of a sportsbook connected to the Washington Football Team’s next stadium should the team move to the Commonwealth when its lease with FedEx Field expires after 2027.

As part of the team’s agreement with BetMGM, there will also be an increased number of BetMGM advertisements around the stadium and on the Nationals’ social media accounts.

How to watch Celtics vs. Heat: TV channel, live stream for NBA matchup