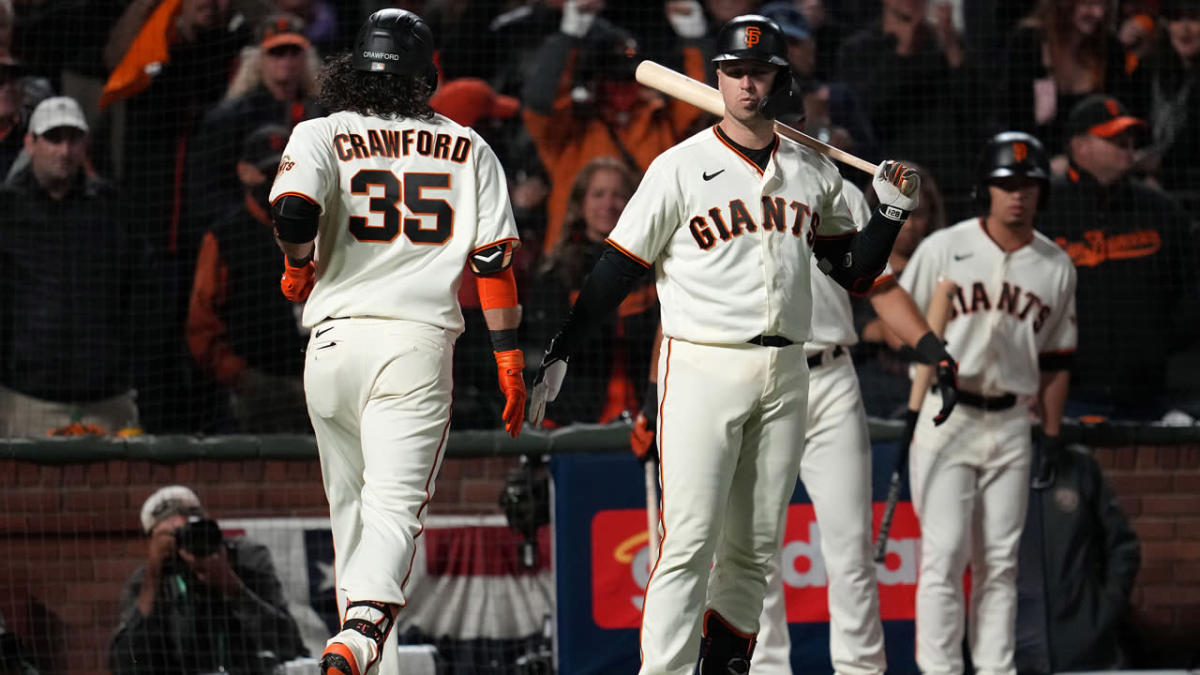 Brian Bannister threw his last pitch in the big leagues a few months after Buster Posey took over as the Giants’ catcher, and he faced Evan Longoria 15 times while pitching for the Kansas City Royals. But when the Giants announced Gabe Kapler’s coaching staff two years ago, Bannister, just a few years removed from his own playing days and 38 years old at the time, qualified as the oldest addition.

Kapler put together a remarkably young and inexperienced staff, and two seasons later it is a model for the rest of the industry. The Giants shocked everyone by winning 107 games in 2021, with just about every veteran hitter reaching new heights and a patched-together pitching staff proving to be one of the best in the league.

Kapler has hit on something special, in large part because the young staff was able to get buy-in from veterans like Posey, Brandon Crawford (an MVP candidate at 34) and Brandon Belt (who put up his best offensive numbers as a 33-year-old). During an appearance on MLB Network earlier this week, Bannister explained how the coaching staff was able to reach the veteran roster.

“We don’t have egos, we love working with each other, we collaborate on everything — and once the players know that you’re on their side, that there’s no ulterior motive, that you’re actually looking out for their best interests and want them to succeed as much as possible, you get that buy-in, you get that trust,” he said. “There are some outstanding communicators on our coaching staff and I think the players just respond to it. We’ve built up that synergy and over the course of the season, when we had to execute, we executed.”

Bannister, who made 114 big league starts with the Royals and Mets, serves as director of pitching for the Giants. He’s one of three pitching coaches on the big league side, along with Andrew Bailey and assistant J.P. Martinez. Bannister said Bailey refers to the coaches as “consultants for the players,” adding, “We’re there to help them make good business decisions.”

That has been especially fruitful for the pitchers. Kevin Gausman is the staff’s greatest success story, but Anthony DeSclafani and Alex Wood also cashed in after coming to San Francisco and resurrecting their careers. Drew Smyly did the same in 2020, and the bullpen is full of veterans who have found new life in San Francisco.

The coaching staff was initially viewed with a lot of skepticism around the league, but this offseason it has become the norm. The Texas Rangers lured hitting coach Donnie Ecker to Arlington to help build something similar, and several other organizations have beefed up their staffs by adding additional hitting hitting and pitching coaches to the traditional model.

RELATED: How Giants can fill out rotation once lockout ends

Bannister said that’s all “a sign that you’ve hit on something that works.” The key for the Giants is to find the next way to gain an advantage, something they’re surely working on during the lockout.

“When you’ve hit on something that’s an advantage over the rest of the league, eventually teams have to catch up, so you’re always looking for that next thing,” Bannister said. “With the change in the sticky-stuff rules this year we were trying to be ahead of the curve and go for more sinker-ballers and push our groundball rate in 2021. We’re already on to the next thing for next year, and that’s what’s so fun about the game of baseball.”

Bucky Brooks breaks down liabilities in the AFC Playoff teams including Patriots, Steelers and more | NFL on FOX

Fantasy Baseball is open for the 2022 MLB season