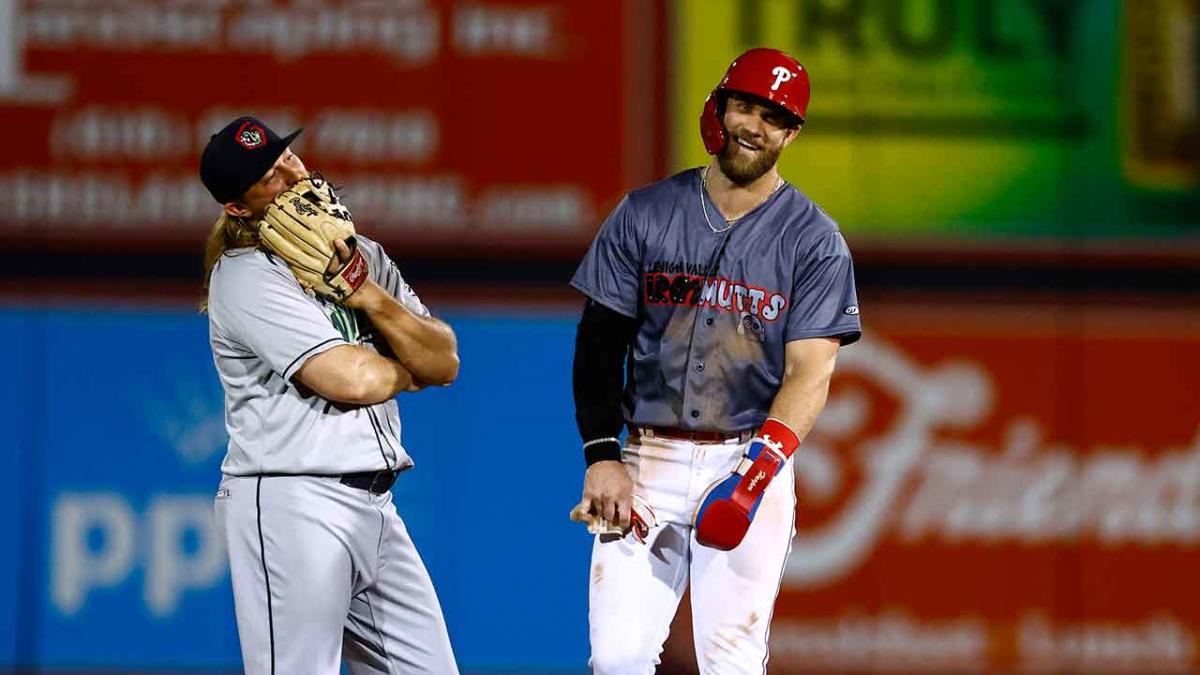 Tuesday was a pretty good night for Phillies fans.

At Citizens Bank Park, the Phils came from behind twice to ultimately beat the Reds, 7-6, on Nick Maton‘s walk-off single. Add another dramatic win to the 2022 tally.

Meanwhile, at Triple A Lehigh Valley, some guy named Bryce Harper was beginning a rehab assignment.

The showman he is, Harper homered in his first plate appearance against in-game pitching in two months, crushing a solo shot to right-center off of Braves left-handed pitching prospect Jared Shuster.

“That guy’s crazy,” Bryson Stott said with a laugh. “He’s something.

“Knowing him, he’s gonna want to be back as soon as he can. When he feels good, I’m sure he’ll be back, but he looked pretty good to me.”

It was only one night but it’s hard to look past Harper being so on time at the plate in his first game action since June 25.

The initial plan was for Harper to play five games in a row for Lehigh Valley from Tuesday through Saturday before resting Sunday and returning to the Phillies’ lineup Monday in Arizona.

“Depends on how he feels, we’ve got to talk to him,” manager Rob Thomson said, leaving the door open by saying a quicker return is “not impossible.”

Harper is first eligible to come back from the 60-day injured list on Thursday. His Phillies teammates sure took notice of the big night.

“Bring him up,” Jean Segura said after the win. “He doesn’t need any more at-bats, he’s ready. I’m happy he’s doing well and hopefully he comes back quick. He hit two homers, bring him up.”

Stay tuned. It could be just a few more days.