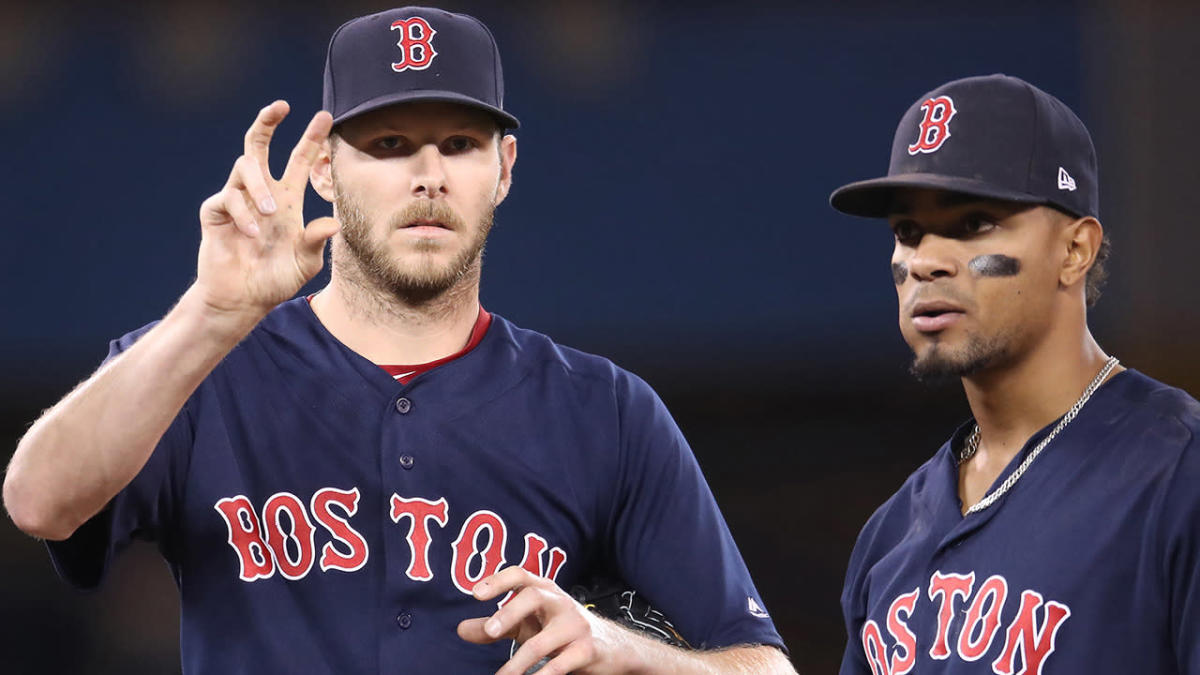 Xander Bogaerts already has an agent, but Chris Sale did his best Scott Boras impersonation Monday morning to stump for his Boston Red Sox teammate.

Sale was asked on WEEI’s “The Greg Hill Show” if he felt like the 2022 season could be the “last run” with this current core, given that Bogaerts can be a free agent after this season, Rafael Devers‘ long-term future remains unclear and big names like Nathan Eovaldi, J.D. Martinez and Kike Hernandez are set to hit unrestricted free agency.

Sale admitted he understands the nature of the business, but then shared a very honest opinion about Boston’s star shortstop.

“I’m just gonna say it: We’ve gotta keep Bogey. We’ve got to,” Sale said. “And I truly believe the Red Sox will find a way.”

The Red Sox might be at a crossroads with Bogaerts, who likely will opt out of his six-year, $120 million contract next offseason and seek a deal that should easily exceed $20 million per year. While newcomer Trevor Story will shift to second base in 2022 to allow Bogaerts to remain at shortstop, there’s certainly a scenario in which Boston lets Bogaerts take a new deal elsewhere (or moves him at the MLB trade deadline) and makes Story its shortstop in 2023.

Sale doesn’t seem on board with that scenario, though, and there’s a strong case to keep Bogaerts: He was a very productive offensive player last season (.295 batting average with 23 home runs and 79 RBIs) and is the Red Sox’ longest-tenured player who provides valuable leadership and a winning pedigree.

To Sale, those intangibles make players like Bogaerts, Eovaldi and Devers essential to another deep playoff run.

“We have enough guys around here that know what these guys mean this organization and what they mean to our success going forward,” Sale said. “Maybe it’s wishful thinking. I obviously have a biased opinion because I’ve played with these guys; they’re friends of mine, they’re brothers of mine.

“I’d love to see them stay, so I’m just gonna go ahead and say we’re gonna keep them all.”