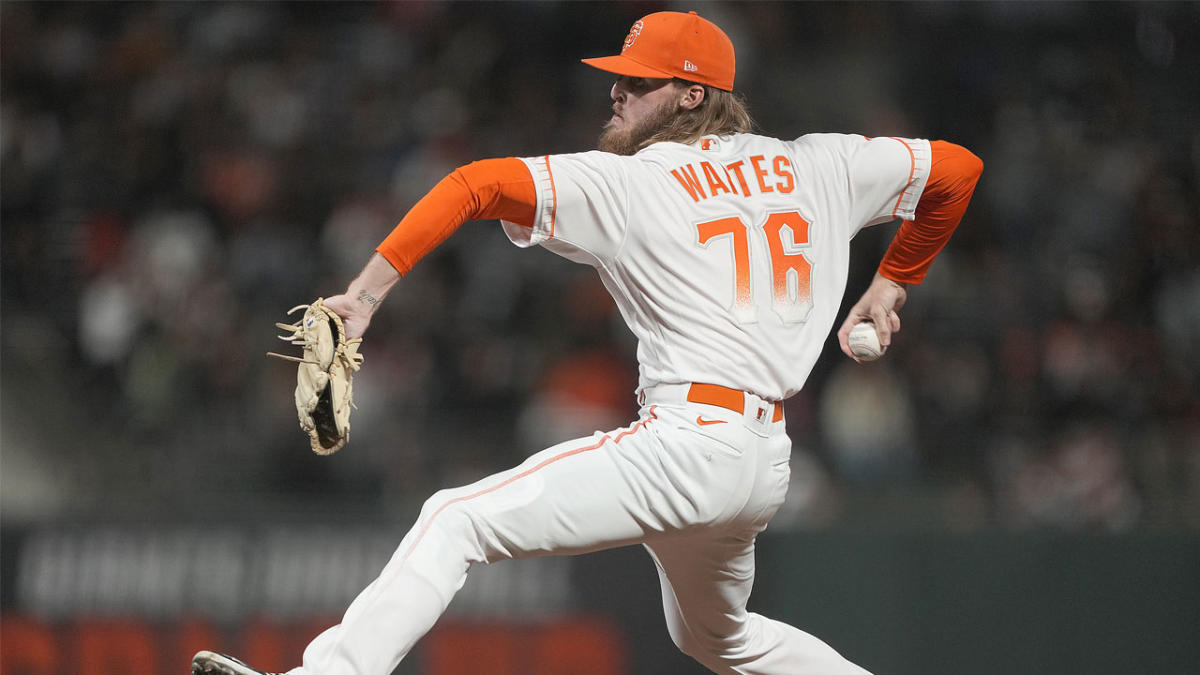 SAN FRANCISCO — When Cole Waites jogged to the mound in the top of the seventh inning Tuesday night, he became the 62nd player to wear orange and black this season. For many of the 62, this season has brought special meaning, even if it hasn’t gone as hoped for the Giants.

The last 142 games have included MLB debuts for players like David Villar and Bryce Johnson. Jason Krizan finally reached the big leagues at the age of 32, and players like Willie Calhoun, Scott Alexander and Andrew Knapp have gotten to play for their hometown team.

The latest debut was special, too. Waites grew up rooting for the Atlanta Braves so he was able to roll with it when the Giants carried him on the taxi squad for three days in Chicago but didn’t activate him. His parents, brother and girlfriend spent the weekend in Chicago then joined him in San Francisco, where on Tuesday, Waites made his MLB debut against the team he grew up watching.

The Giants lost 5-1. That didn’t matter, though. As Waites walked out of the clubhouse 10 minutes after the game, he found his family members waiting. “I’m so proud of you,” his mom said, wrapping him in a big hug.

The moment was a landmark for the Waites family, but also for the Giants. Waites was an 18th round pick in the 2019 draft, and when he threw his first pitch Tuesday night he became the first player drafted by this new regime to debut for the Giants. Michael Holmes took over the draft in 2019 and Waites and Caleb Kilian now are the first two players from that class to reach the big leagues.

Kilian, taken in the eighth round, reached the big leagues with the Chicago Cubs this year after being included in the Kris Bryant trade last July. Waites is a whole different kind of success story.

Taken 536th overall out of the University of West Alabama, Waites is the kind of player organizations dream of unearthing. He added several ticks to his fastball while working out during the season canceled by the pandemic, and this year he zoomed from High-A to big leagues over the course of six months.

“I think it’s a good time to give Michael Holmes, our amateur scouting director, some props for drafting a player that got to the big leagues with us. And Kyle Haines, as well, for developing Cole,” manager Gabe Kapler said. “Obviously Cole did all the work, but it’s kind of a nice moment for our organization to have Cole arrive at the Major League level and pitch a scoreless inning for us going through the toughest part of their lineup.”

The first big league inning was very nearly a disaster, not scoreless. Waites walked the No. 9 hitter, Ehire Adrianza, on four pitches before giving up a double to Ronald Acuña Jr., a player he has watched while starting his own career. He said that helped him lock in and push the nerves away, and he pumped 97 mph fastballs at the heart of Atlanta’s order while getting Dansby Swanson and Austin Riley to ground out before inducing a flyout from Matt Olson.

When Waites got back to the dugout, Evan Longoria and pitching coach Andrew Bailey jokingly checked his heartbeat.

“It was up there, it was up there,” Waites said. “It’s good to get the first one out of the way and I’ll get a little bit more comfortable every time I go out there.”

The Giants are counting on that, and they need it. Two of the 62 players who have played for them this season are high-leverage relievers — Dominic Leone and Jake McGee — who have pitched their way off the roster. Another, Zack Littell, was optioned Tuesday a few hours after a blowup on the mound.

The Giants currently do not have a strong plan to get a lead to Camilo Doval in 2023. Waites has the equipment — mostly a big fastball — to become an option for that role, and now that the first one is out of the way and Waites and the Giants have reached their landmark moments, they can focus on what’s next. He has 20 more games to prove that he can be part of the late-innings solution in 2023.

The NBA is keeping its skeletons in the closet