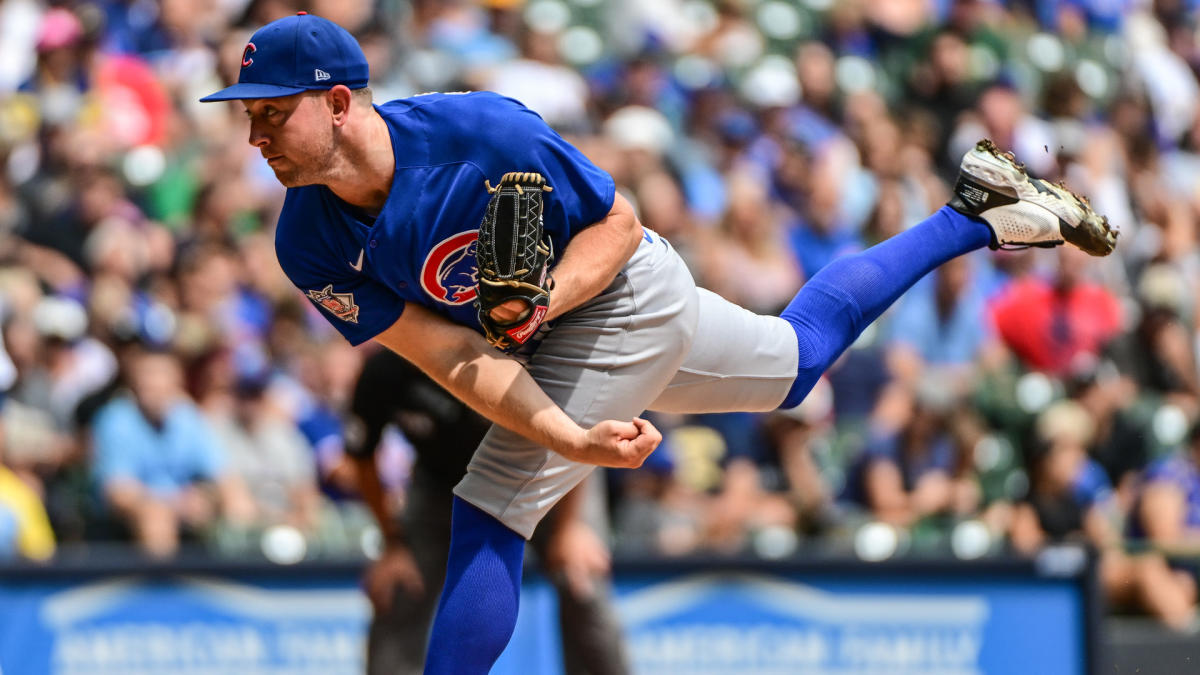 If it wasn’t obvious watching him pitch, Cubs pitcher Adrian Sampson confirmed the ease and attitude he wore to the mound Tuesday night for his first career appearance in New York against either the Mets or Yankees — in this case against the best pitcher in any city, Jacob deGrom.

Sampson already pitches with an edge, and he’s been on a career-best stretch since joining the Cubs last year (and rejoining them during the offseason).

So anything extra or different going into his start against a Mets ace some believe will be the first player to make $50 million a year after he opts into free agency this winter.

“I think it helps because from the outside factors, everyone expects him to win, so I had no pressure on me,” Sampson said during the Cubs’ postgame broadcast. “Sharing the mound with him, with all he’s done, it’s very cool. But at the end of the day I think he has more pressure on him to perform rather than me. It’s kind of, ‘Don’t let the underdog [beat you],’ that kind of factor.

“I felt comfortable,” added Sampson, who lowered his ERA to 3.48 in 15 starts and two relief appearances this year. “It’s my first time pitching in New York. But there was no problem.”

Performances like Tuesday night — “phenomenal,” manager David Ross called it — has made Sampson an intriguing pitcher to watch as the Cubs wind down the final three weeks of the season before decision time in a dozen or more players looking ahead at next year’s roster.

The closest thing to discomfort he seemed to experience on this night was a flareup of his characteristic edge after a near-dinger experience with Pete Alonso and subsequent walk in the first inning that prompted the Mets slugger to slam his bat to the ground and say something to Sampson — who had a few words of his own.

Alonso had a would-be two-run homer taken away earlier in the at-bat on a ball he hit over the left field foul pole that was ruled a foul ball, with Sampson “helping” the umpires make the call by gesturing to show which side of the foul pole he witnessed the ball on as it traveled past the pole.

Sampson told reporters during the postgame broadcast that he offered Alonso some advice after the bat slam.

“I was just, like, ‘Don’t do that,’ ” Sampson said. “It doesn’t look good. It’s not part of our game.  [The encounter] was a non-issue. I have a lot of respect for the guy. He’s a really great ballplayer. He does a lot of stuff on and off the field that I respect a lot. And we share the same agent.

“There’s no hard feelings. I just didn’t like to see that.”

Sampson retired Alonso both times he faced him after that, before Alonso eventually homered off Brandon Hughes in the ninth.

As for beating a team like the NL East-leading Mets, not to mention their ace, “It doesn’t mean much to me; I’m glad we won the game,” Sampson said.