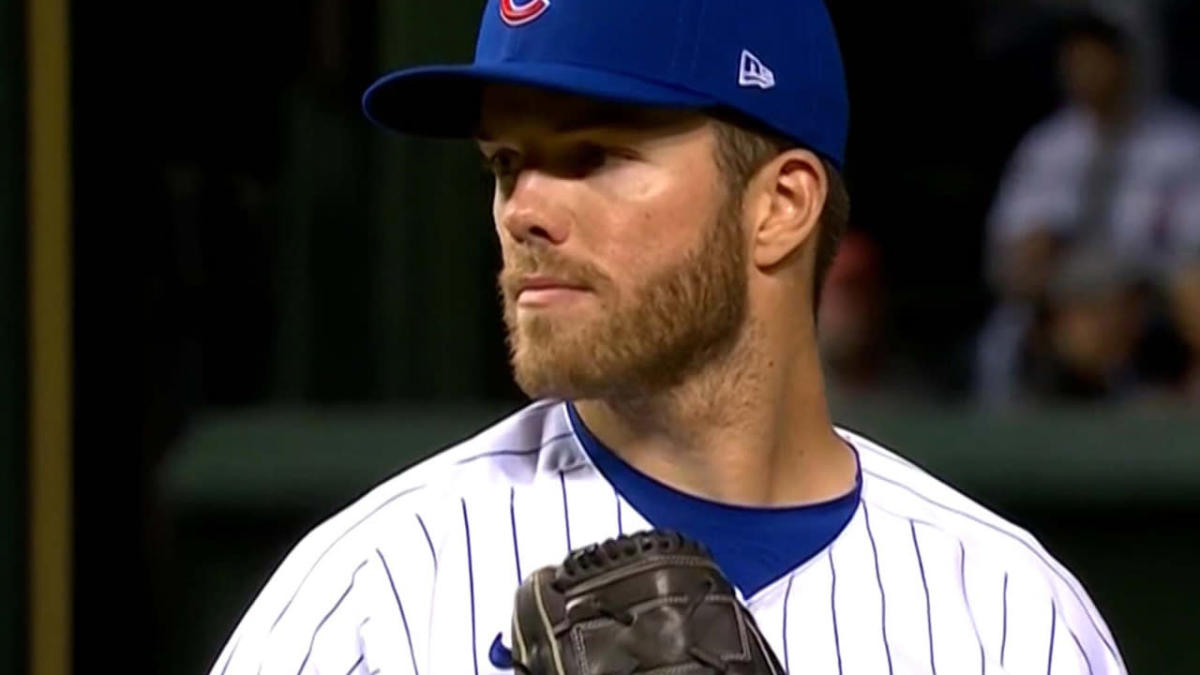 In the final few days of spring training in 2019, the Cubs gave Brandon Hughes a choice.

“It was either get released or become a pitcher for them,” Hughes said.

“[Then-Cubs director of player development Jaron Madison] said there wasn’t going to be any at-bats, really, for me anywhere in the system,” Hughes added. “So I could either get my release papers or become a pitcher.”

You can imagine what Hughes’ decision was. And a little over three years later, it paid off.

The Cubs promoted the left-handed reliever from Triple-A Iowa on Tuesday.

The Cubs drafted Hughes as an outfielder in the 16th round of the 2017 MLB Draft, and he spent his first two minor league seasons as a position player.

He has some background as a pitcher, throwing a few innings his freshman year of college at Michigan State before a shoulder injury led him to focus solely on being a position player.

So, when he set back on the pitching path in 2019, he obviously had not taken the mound for several years. That meant he had to build a repertoire.

“I always had a good fastball, so that was an easy one to come by,” Hughes said. “I had not a very good curveball. It was probably like low 70s, loopy and it got hit.”

Hughes now uses a three-pitch mix (fastball, changeup, slider) after the Cubs had him switch from a curveball to a sweeping slider. He credits the slider as being a “big part” of his success.

You can see why. Hughes made his big-league debut Tuesday against the Pirates and recorded his first career strikeout with a nasty slider — against Pirates All-Star Bryan Reynolds, nonetheless.

Hughes struck out five in 1 2/3 innings on the night.

Converting to a pitcher is no small task, even with Hughes’ background. He acknowledged it was “crazy in the moment,” but he had some inspiration not far away.

Right around the time he was converting to a pitcher, Cubs reliever Scott Effross was switching to throwing sidearm.

“I just got to see how he went about his business, because it was a big switch for him as well — huge switch, dropping down,” Hughes said.

“I got to see that in action, and it gave me confidence. Like ‘Hey, he’s going through a switch, so what’s different about me? I’m ready for this switch.’”

Effross — who went to Indiana University — joked he and Hughes spent more time talking Big Ten football and basketball during their time in Arizona together.

“It’s an insane timeline for him,” Effross said. “He’s done it so quickly. He’s so talented that it’s kind of hard to put it into words from watching him perform.

“I’m super impressed and happy for him.”

With the 2020 minor-league season canceled due to COVID-19, he went back home to Michigan, where he worked with friend and pitching instructor Dominic Downs.

“I go up to him and basically say, ‘Teach me like I’m an 8-year-old. I want to learn everything again,’” Hughes said.

“[The Cubs] gave me an objective to gain more velocity, however that was,” he added. “I go and try to do it on my own and it ended up working. My mechanics have smoothed out, they’re more repeatable now, and there’s a little more velo in there.”

The results were there last season, too. Hughes finished with a 1.71 ERA in 26 appearances between Single-A South Bend and Double-A Tennessee.

He didn’t allow a run in 10 appearances between Tennessee and Iowa this season, striking out 22 with three walks in 16 2/3 innings.

“Once I had that first full season of pitching under my belt, it was kind of like, I am a pitcher and I’m no longer on offense,” Hughes said.

That said, he can still play outfield — if Cubs manager David Ross needs.

“I already told him,” Hughes said, laughing. “I told him I could plate a little outfield if you need.”

Ross chuckled when that idea came up before Tuesday’s game against the Pirates.

“I told him I could have used him a couple of times this year, a little insurance,” Ross said. “I’m happy he’s here, happy for him, his family, his hard work.

“I think he’s got a chance to really help us win some ballgames.”

a Goal from Florida Panthers vs. Tampa Bay Lightning