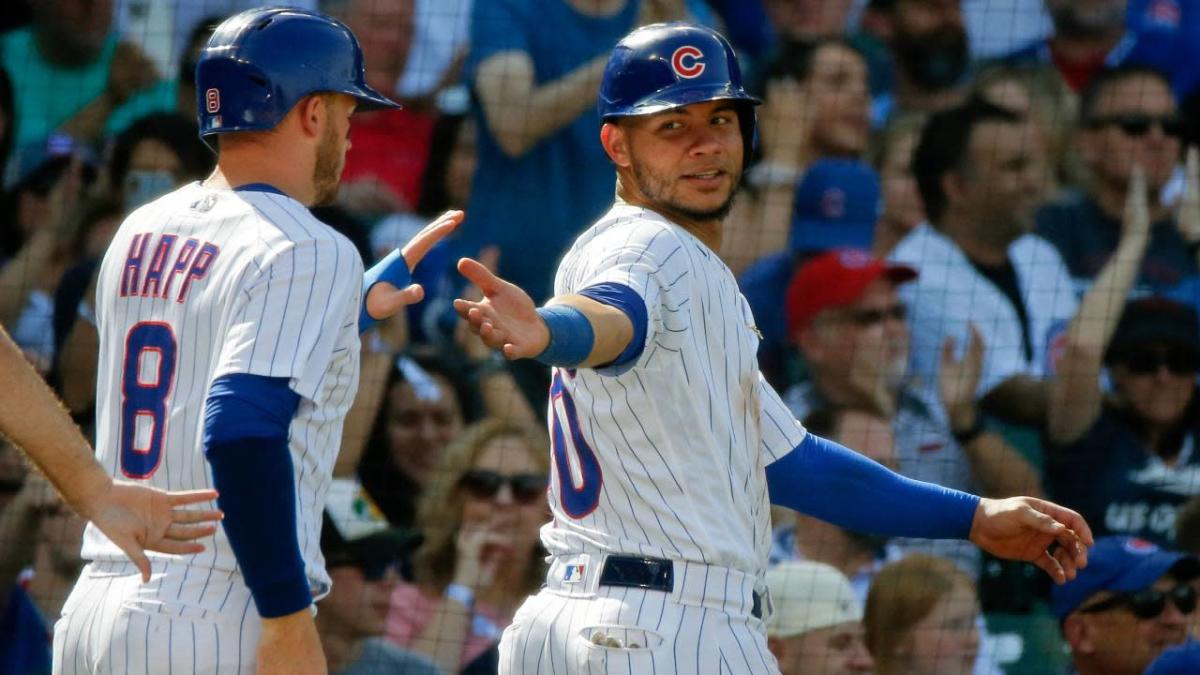 Happ on too-early trade rumors: ‘I love being a Cubby’ originally appeared on NBC Sports Chicago

CINCINNATI — After another torrid start to another series against the Reds for Ian Happ, somebody in the visitors clubhouse at Great American Ball Park scrawled a tribute on the white board:

Welcome to the House Happer Built.

“I don’t have a good reason for it,” said Happ, who opened the four-game series this week with a double and homer Monday, then closed it with another homer Thursday. “I see the ball well here. I’ve been lucky to have a lot of success here.”

Happ, who played college ball a few miles from GABP at the University of Cincinnati, has hit better in this ballpark than any other in the majors in a big-league career that began five years ago this month.

What’s different about this year for the ninth overall draft pick in 2015 is that he seems to be hitting in every ballpark these days, almost every series — the switch-hitter securing a prominent spot in the lineup every day with improved play in left field and improved numbers from the right side against lefties.

If the notoriously streaky Happ can sustain that for a full season for the first time, the Bearcat Bambino might wind up with a first All-Star selection — and more significantly, the Cubs might have a tough, potentially expensive decision to make as he enters his final winter of arbitration eligibility.

If not a big decision to make two months before that.

And if Happ didn’t already know before this week that his name has surfaced in the first round of early trade speculation, he knows after being asked about his thoughts on such national baseball punditry after one of those big performances in Cincinnati.

“That’s their job to write those stories,” he said. “We’ve all seen it happen every year, something that starts way too early and makes no sense. But it’s part of it.”

Happ, the Cubs’ union rep, might be the most baseball-business-savvy player in the clubhouse and one of the team’s most self-aware.

But he said he hadn’t given any thought to his status this year as a possible trade piece as the front office prepares for what looks like another summer selloff — all but certain to include long-time teammate Willson Contreras and one-year rentals such as David Robertson and Wade Miley.

Either way, “I love being a Cubby,” Happ said. “And I come to work every day and that stuff doesn’t even factor in.”

But after losing the last two games to the worst-in-MLB Reds for a series split, the Cubs now take a day off before embarking on an 11-games-in-nine-days stretch against the White Sox (two games), Brewers (four) and Cardinals (five).

That stretch could definitely factor into some decisions — never mind the Yankees series on the following road trip and the San Diego-Atlanta gauntlet when they get back from New York.

The front office for the second year in a row has a built a roster for blowing up at the deadline, and they’re perhaps a week or two from going all in on another big selloff — if they haven’t already made that decision.

As for how surprised Happ might be to see that happen again, and to see his name in the mix this time, “That’s not a question I want to answer.”

Betts is locked in, and that's a scary sight