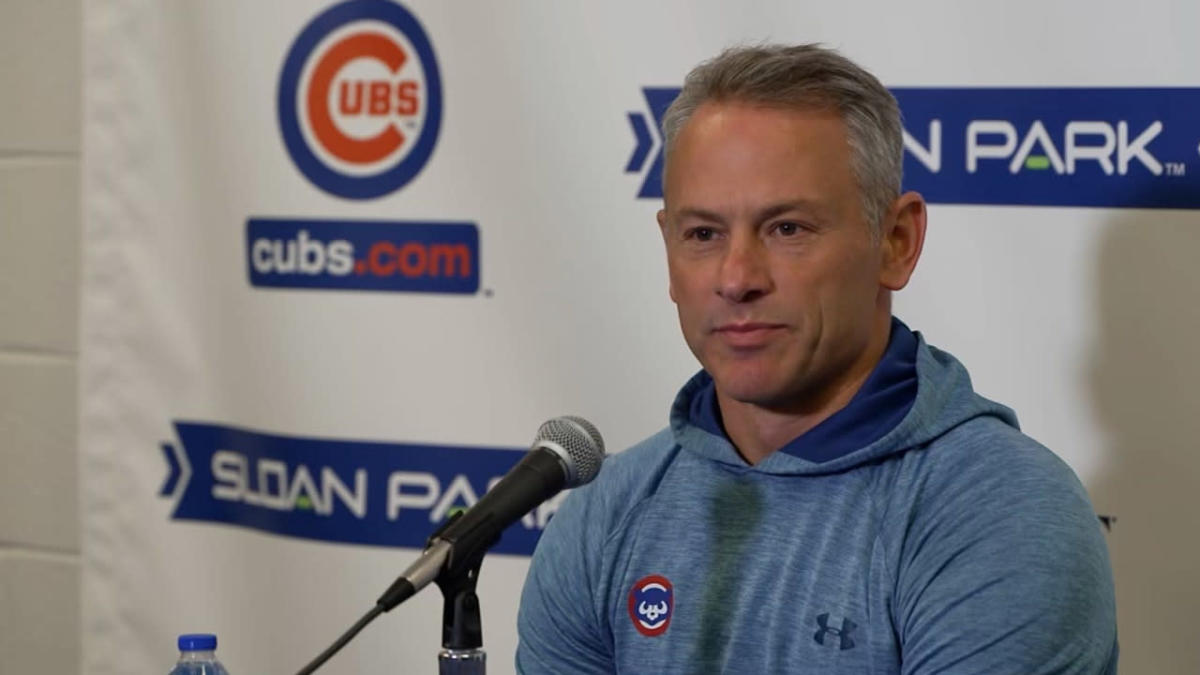 MESA, Ariz. — For anyone who might have watched the Cubs practice fields during the first official workouts of this shortened spring training Monday, what you saw is not what you’ll get at Wrigley Field when the season opens in three weeks.

Maybe not even close.

In fact, team president Jed Hoyer had barely told the media he needs a bunch of pitching and taken a look at the end of practice before he left the Cubs complex late Monday for a meeting with Japanese free agent outfielder Seiya Suzuki, a source confirmed.

Could it become that “significant” move he was asked might be coming in the next few days or weeks?

“I’ve done this too long to assume that anything gets across the finish line,” said Hoyer, adding that he’s working multiple avenues and that “significant” might be in the eye of the beholder.

“I’d never assume anything’s going to get done until it’s actually done,” he said. “It’s just the nature of the business, that the miss rate’s a lot higher than the hit rate, by virtue of being in a competitive and bidding environment.”

That’s why he’s keeping “a lot of balls in the air” as he joins top executives around the game in filling out rosters on the fly in a second, sudden free agency period of the offseason launched by last week’s labor agreement after a 99-day lockout that forbid contact with free agents and trade talks with other teams.

“I think we’re just starting. We’re in the middle of it,” Hoyer said. “I think you’ll have guys rolling into camp throughout the entire spring in different camps.”

The Cubs have been linked to Suzuki, a four-time NPB All-Star in Japan and three-time Gold Glove outfielder, since the start of his free agency process in the fall — one of six teams now said to be in pursuit, including the Padres, who are considered a favorite.

Whether the Cubs land the 27-year-old Suzuki, or any other hitter, their biggest need by far is pitching, and their roster vision, per Hoyer, still leans long-term vs. a 2022 pennant push.

Except this: He needs even more now. A lot more.

The need heated up significantly in recent weeks with the shoulder “tightness” that figures to sideline back-end starter Adbert Alzolay for a matter of months into the season and the Tommy John surgery key reliever Codi Heuer had that puts him out for the year.

At least they have a shortstop. The Andrelton Simmons signing over the weekend covered the most significant infield need, to hear Hoyer describe the four-time Gold Glove winner and his capable young middle infield pair of Nico Hoerner and Nick Madrigal.

But the Suzuki meeting offered a glimpse into wide-ranging roster holes that Hoyer has spent hours of iPhone juice trying to fill in recent days — specifically whether he’s comfortable with his position-player group as it stands now.

“Probably not,” he said. “Honestly, we’re going to keep adding. Not that we’re not comfortable with the players we have — we have a lot of really good players — but we’re going to continue to look to add.

“That’s not a knock on the guys here, but we have open spots, and we’ll continue to add.”

For example, the Cubs have only two outfielders in camp who have spent even a full season on an active big-league roster, and one of those — Ian Happ — is rehabbing a minor elbow surgery that could limit his defensive time as a precaution early in the season.

As Crash Davis might say during a well-attended mound visit, Hoyer’s “dealing with a lot of [stuff].”

With little time to get it done.

“I think there’s a lot of urgency, but I also think, rightfully, that a lot of players want to get the right deal,” said Hoyer, adding he’s also working on trade talks but couldn’t predict whether he’d pull off any.

What’s certain, he said: “We’re going to add a lot more players. There’s no question about that.”

a Goal from Ottawa Senators vs. Arizona Coyotes