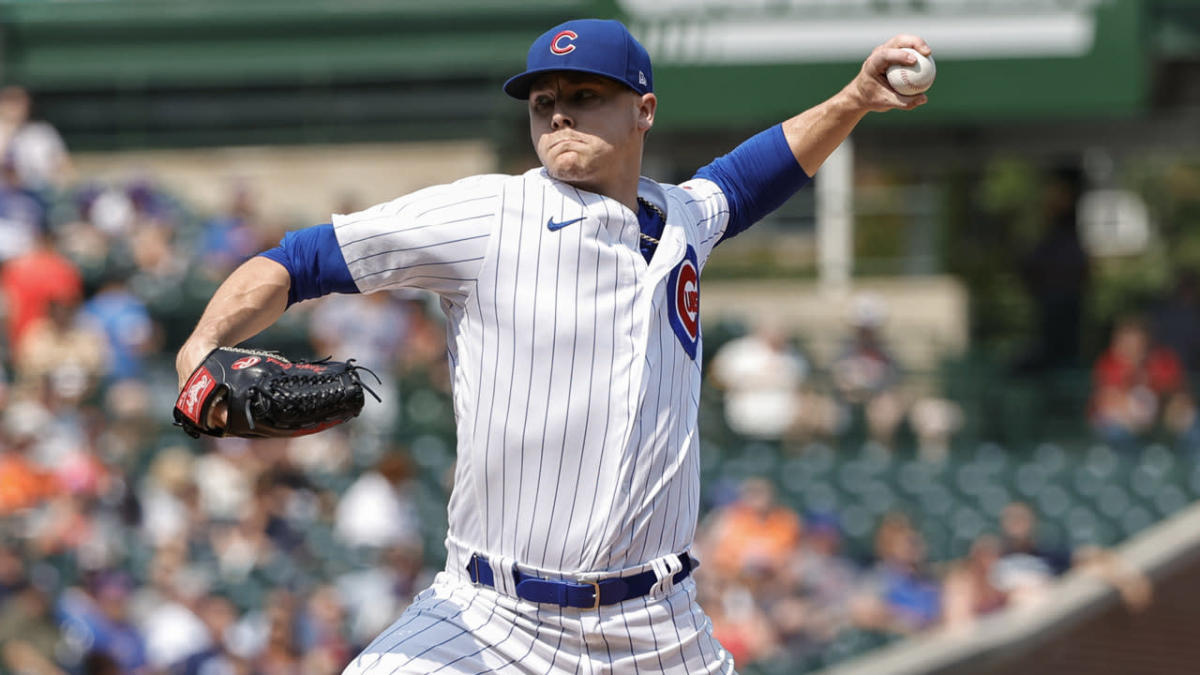 Justin Steele was already poised to play a significant role on the Cubs in 2022.

But with the injury to Adbert Alzolay, he has an opportunity to earn a high-profile position on the pitching staff.

“Justin’s definitely in that fold of a starter we’re going to need,” manager David Ross said this week.

Steele entered spring training at least as a possible piggyback option for the rotation, and in the best-case scenario, he would earn a spot on the starting staff.

Alzolay was a leading candidate for the fourth spot behind Kyle Hendricks, Marcus Stroman and Wade Miley, and Steele also was among the options for a back-end spot.

RELATED: Mills fourth starter for Cubs with Alzolay out — for now

With Alzolay’s injury, Steele looms larger in the rotation mix. He’s a bona fide candidate to start, and if he takes a step from last season could be a key member of the staff.

“You saw what a big role he played last year when he was healthy,” Ross said.

Steele was a multi-inning relief weapon early in 2021, holding a 2.03 ERA in 11 appearances before going down with a hamstring injury in May. The Cubs stretched him out in the minor leagues after he rehabbed and brought him back as a starter in August.

He experienced highs and lows as a starter. To earn and keep a spot in the rotation, he’s going to have to show more consistency, but there’s more opportunity with Alzolay sidelined.

“A lot of these guys, it’s just about being able to stay healthy and perform,” said Ross, who added he thought Steele turned a corner last year.

“When you see the flashes of the performance they can have when they’re healthy, then you just want to try to keep them that way, right? He’s one of those guys.”

Steele isn’t focused on whether he’s in one role or another. He said he entered camp with the same mentality he’s had every spring training.

“Just come in and get people out,” Steele said in a conversation with NBC Sports Chicago about an increased opportunity “Wherever they see that I can help the team best and they put me there, I’m OK with it.”

If he steps up this spring, he could be part of the answer to the biggest concern the Cubs and every other team has this year: pitching, pitching depth and covering innings.

“I think it’s exciting for future innings to see from him.”