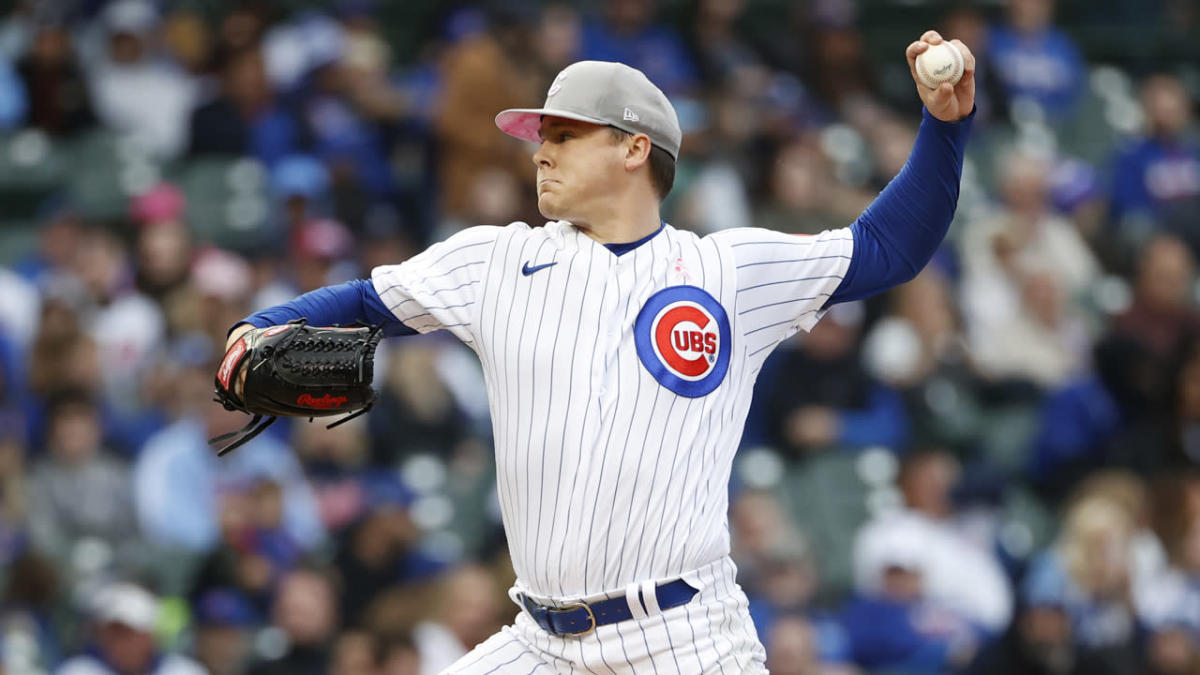 Justin Steele said he isn’t sure how he hurt the left thumb on his pitching hand.

But it was ailing him enough Sunday night that he exited his start vs. the Dodgers with a trainer during warmups before the top of the fifth inning.

“It’s fine,” said Steele when asked how his heavily wrapped thumb was feeling after the Cubs‘ 7-1 loss to the Dodgers.

“It kind of feels stoved up, a little sore, maybe a bruise or something,” he added.

Steele equated it to something he would experience playing basketball or football.

“But obviously I wasn’t playing basketball or throwing a football around anywhere,” he said. “Feels weird.”

At the least, it’s concerning news for a Cubs rotation that got Drew Smyly back from the bereavement list Saturday, started an opener (Daniel Norris) in the second half of that doubleheader and only has one starter — Kyle Hendricks — scheduled for the upcoming Padres series.

Sunday was Steele’s first start in eight days, and he was moved up from his scheduled Monday outing only hours before the game after Marcus Stroman went on the injured list with no injury designation — indicating a move related to COVID-19.

He breezed through the first three innings, throwing only 35 pitches while holding the Dodgers to one base hit.

Steele said he began to feel the thumb in the fourth inning when gripping his slider. He threw 34 pitches and allowed two singles and a pair of walks that inning, and the Dodgers scored a pair of runs.

“Kind of sore to squeeze the ball as hard as I was wanting to,” Steele said. “Got out of that inning, went back in the dugout and was trying to pop it, trying to stretch it out, get it loose.

“It was just kind of feeling stoved up and stuff. Went out there to throw the next inning. Ball wasn’t going exactly where I was wanting it to.”

Overall, Steele held the Dodgers to two runs and three hits in his four innings. He didn’t use the injury as an excuse for what happened in the fourth.

“I’m not going to say if it was or not [impacting me],” Steele said when asked about the fourth, “but gripping the slider when I was pushing down on the bottom of the ball, it was just sore on the top of my thumb and then just wasn’t getting better.

“I was trying to stretch it out in between innings and stuff.”

It was also shaping up to be his best start in a few weeks. He went three or fewer innings in each of his previous three outings.

“Obviously frustrating,” Steele said. “When you’re pitching well, you want to stay out there as long as you possibly can when you have your stuff rolling.

“But this is baseball; these things happen. Just gotta put it to bed and keep moving forward.”

Dodgers show Cubs, David Ross how far away 'next great Cubs team' is