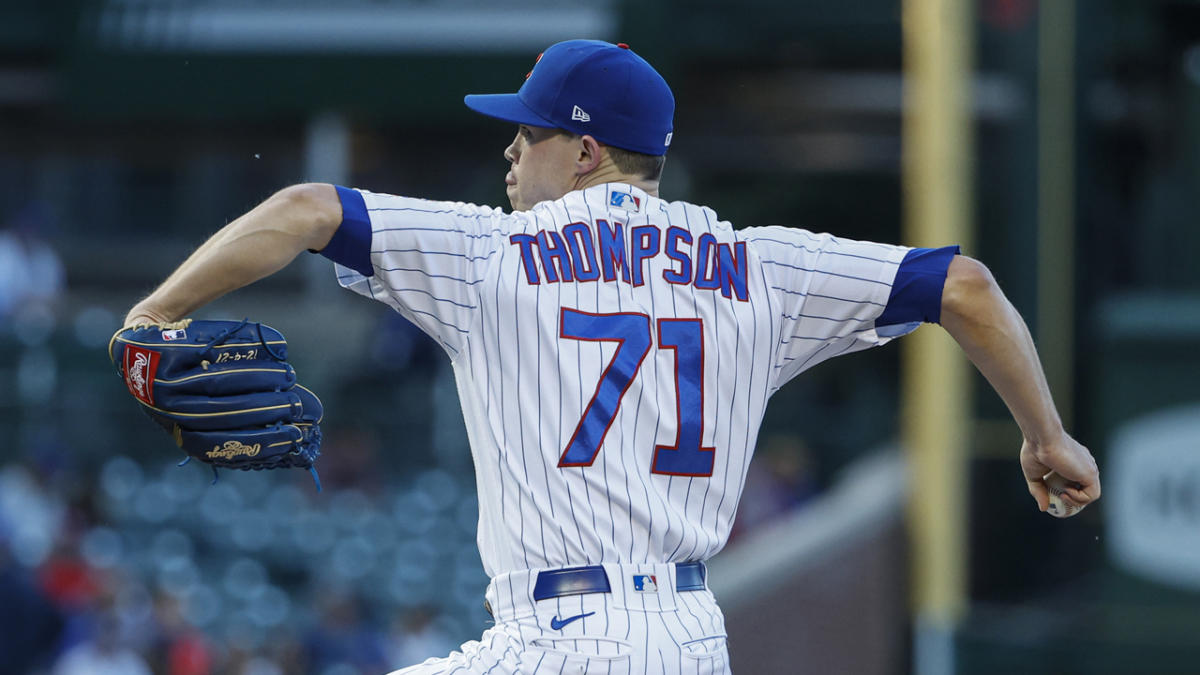 Keegan Thompson was back in the Cubs clubhouse Sunday morning after making a rehab appearance for Triple-A Iowa on Friday.

And his return to a big-league mound near you might not be far behind.

Thompson, who’s been on the injured list since Aug. 20 with low back tightness, was slated to meet with manager David Ross, pitching coach Tommy Hottovy and Cubs trainers to map out his next steps.

Thompson said the plan is for him to get more innings before the season ends, and although Ross wasn’t ready to share any formal plans, he acknowledged Thompson is nearing a return.

“We’ll look at how the rotation shapes up moving forward and the bullpen, and just see how everybody comes out of their starts,” Ross said Sunday.

Friday’s start with the I-Cubs was Thompson’s first since his Aug. 19 outing against the Brewers that preceded the IL stint. He said he had some nerves taking the mound for the first time in a month but more importantly came out of the start feeling good physically.

He’s looking forward to getting the chance to put a bow on his solid 2022 season.

“Yeah, that’s huge,” Thompson said when asked how important it is to finish the season out. “It’s nice to get a couple more outings under my belt here at the end of the year.

“It’s nice to hopefully end on a high note. Looking forward to that.”

Thompson said it doesn’t matter to him whether he finishes in the rotation or bullpen as he’s just looking to get innings in. He’s thrown 106 2/3 total between the majors and minors in 2022, his second most in any professional season.

Thompson opened the season in the bullpen and emerged as a multi-inning relief weapon. After a flurry of injuries hit the Cubs’ starting staff, he moved to the rotation in late May.

He’s established himself as a key piece to the pitching staff entering the offseason and 2023.

“There’s been ups and downs,” Thompson said. “Started out really good, obviously, and then as the season went on, maybe the innings got up there and body wore down a little bit.

Why did Celtics co-owner Wyc Grousbeck say Boston is overrated?