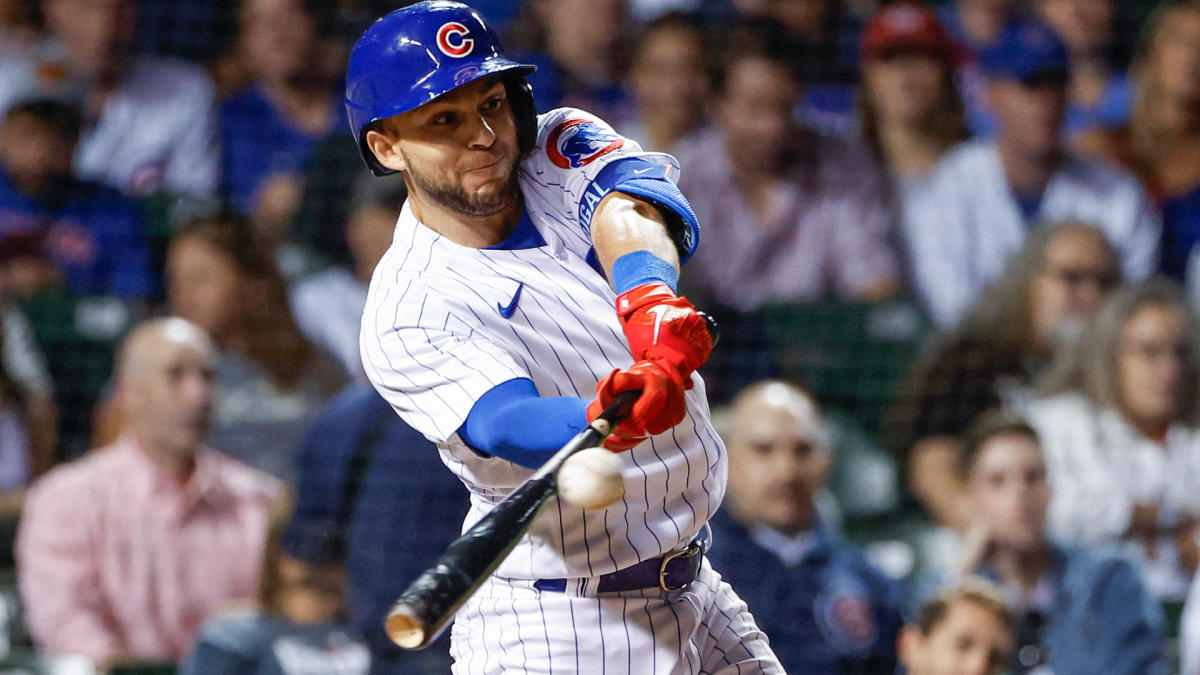 Nick Madrigal hopes to rejoin the Cubs before the end of the 2022 season from a right groin strain, but he’s also looking at the big picture

“I would love to get back,” Madrigal said Sunday. “I feel like I’ve still got things to prove and want to prove.

“But I know there’s another side of it about being smart and there’s no reason to really [push it]. If it’s not feeling right, I’m probably not going to get in there.

“I would love to, but we’re just going to have to see how it goes.”

Madrigal exited Friday’s win over the Giants with the groin issue, which he felt running the bases. He went on the injured list Saturday, marking his third IL stint this season.

He’s eligible to return Sept. 20 against the Marlins.

Madrigal, who’s in his first season with the Cubs after being acquired from the White Sox last summer, also missed time with a low back strain in May and left groin strain earlier this summer.

“I was optimistic it was maybe just a little bit of a tweak,” Madrigal said, “but I knew it was something good enough to at least get out of the game.

“Once we got some imaging done, we saw pretty much what I felt. It was about half as bad as the first time, so that’s a positive note.”

Madrigal has been limited to 59 games this season but has hit well since returning from the last groin injury, which cost him close to two months.

While he’s looking forward to the offseason and making changes to his training routine entering 2023, he hopes to get back before the Oct. 5 season finale.

“I think it’s one of those things we’ve just got to play day by day,” Madrigal said. “If a couple weeks go by and I’m still feeling it pretty good, it’s probably not going to look good.

“But we’re optimistic. Just going to have to see. At the end of this week, maybe the start of next week, we’ll have a better gauge of exactly how it’s healing.”

Bogaerts reportedly heading to the Padres for 11 years, $280 million