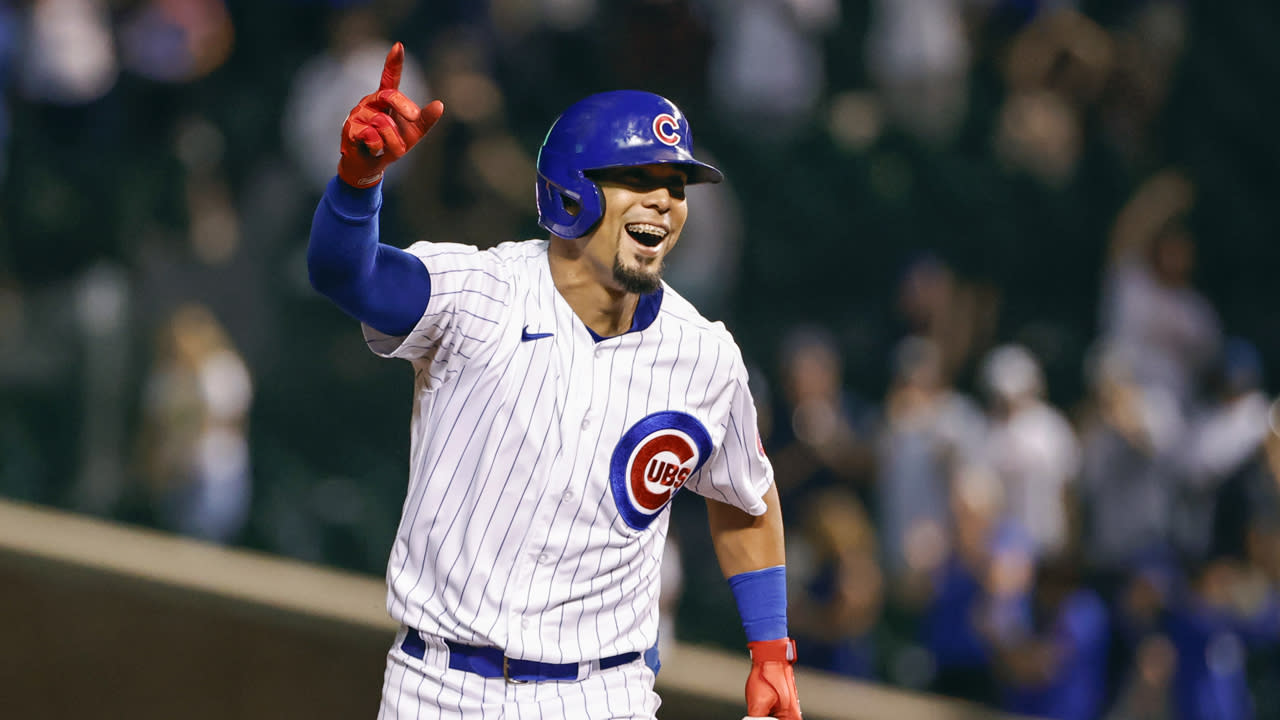 Rafael Ortega strolled out of the batter’s box, steady and expressionless as fans craned their necks to see where the ball would fall, only half believing it.

Ortega already knew. But the Cubs outfielder waited until his walk-off home run bounced at the base of the right field video board to toss his bat over his head.

With a two-run shot, Ortega delivered the Cubs’ first home win in almost a month, defeating the Rockies 6-4. The Cubs became the first team in MLB history to end a 13-game home losing streak with a walk-off homer, according to Stats Perform.

“Once that ball hit the bat and it was going,” Ortega said through team interpreter Will Nadal, “I gave thanks to God, and I just felt like I knew it. It just felt great.”

His trot around the bases ended in a huddle of his teammates around home plate. Fans sang along to ‘Go Cubs Go.’

According to Cubs manager David Ross, outfielder Michael Hermosillo joked: “I didn’t know we had a theme song.”

The Cubs hadn’t won at home since long before Hermosillo – the hometown kid from Ottawa, IL – was called up from Triple-A Iowa last week. The Cubs’ 13-game home skid set a new franchise record at Wrigley Field.

Before Monday, the last time the Wrigley speakers blasted ‘Go Cubs Go’ after a win was July 26, before the team’s massive trade-deadline selloff. That victory also was a walk-off, with Javy Báez providing the game-winning single against Cincinnati.

“It was just awesome,” Cubs starting pitcher Kyle Hendriks said of Monday’s victory, after allowing four runs in seven innings. “Awesome to see, awesome to hear the fans, the home crowd, and give them a win here. And to come in the clubhouse and celebrate that one, it was really fun and really good for the boys.”

The Cubs’ comeback began in earnest in the eighth inning. Rockies reliever Jhoulys Chacín, after pitching a 1-2-3 seventh inning, walked the first three batters he faced in the eighth. Then, finally, the Rockies made a pitching change, bringing in Carlos Estevez to face Cubs third baseman Patrick Wisdom. The Cubs trailed 3-1.

Wisdom hit an RBI single to center field. Then, David Bote grounded into a double play and another run scored. Hermosillo hit a game-tying double.

“They just fought,” Ross said. “These guys have fought to the end a lot. Sometimes the pitching gets the best of us, but the effort and the intent, the focus is there night in and night out.

“We’re going to make some mistakes at times, but the way this group goes about it, they’re locked into every pitch and engaged. And I’m just really proud of how they continued to fight tonight until the end of the game, and great things happened.”

As the Cubs jogged into the dugout after holding the Rockies scoreless in the top of the ninth inning, Ortega had a thought that hadn’t even crossed his mind during his three-homer game at the beginning of the month. He knew that he would be the Cubs’ third batter of the inning.

“I just knew that if I could get up there, stay patient, wait for the right pitch, I thought that I could do it,” he said, “that I could hit a homer in that situation.”