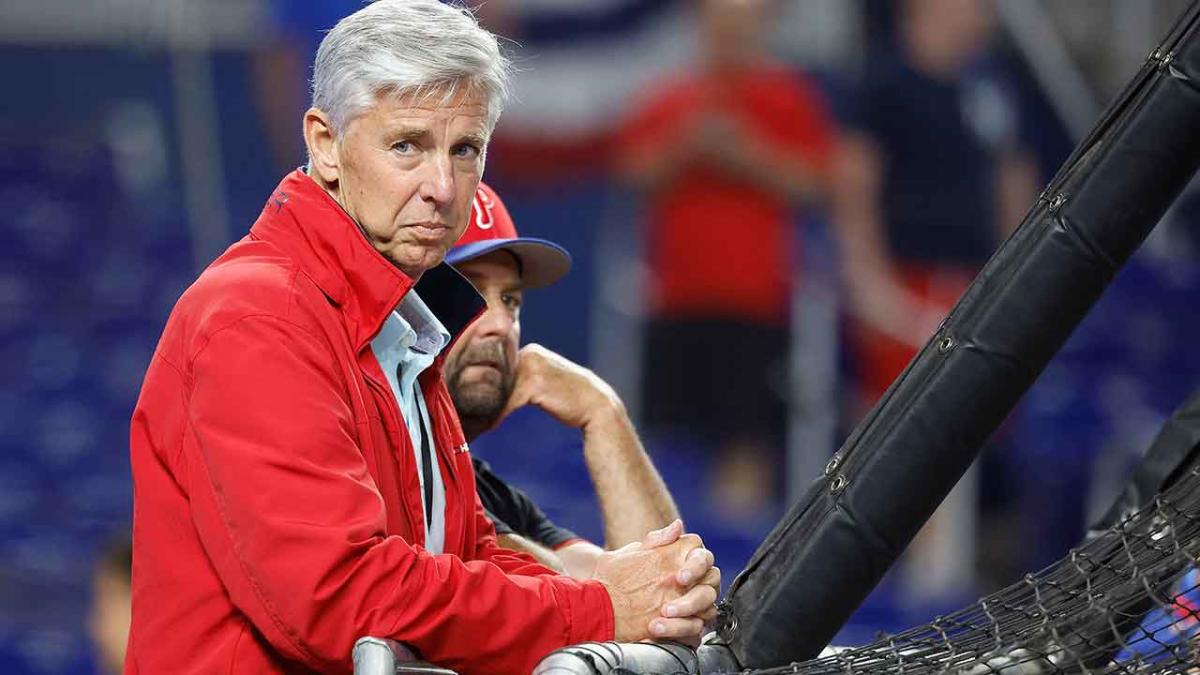 Dombrowski’s take on Phillies, Girardi, the record and the owner at quarter mark originally appeared on NBC Sports Philadelphia

ATLANTA — A quarter of the way into the season, the Phillies are under .500 and staring at a bigger-than-a-bread-basket deficit in the National League East.

President of baseball operations Dave Dombrowski has been around way too long to panic under these circumstances, but he does acknowledge one simple need:

“We need to play better,” he said before Monday night’s series opener against the NL East rival Atlanta Braves. The teams entered the game with identical 19-22 records and were eight games behind the division-leading New York Mets.

“We’re not happy with our record at this point,” Dombrowski said. “That can get better. But I think we have a good ballclub. I think we realize that. There’s a lot of good things, but we also need to play better.

“You don’t want to fall too far behind. We’re already eight games behind. That’s not good. It’s not insurmountable by any means. But I do think we have to go out there and play consistently well.”

Ownership pushed the payroll past the luxury tax threshold, to over $230 million with the offseason additions of closer Corey Knebel and sluggers Nick Castellanos and Kyle Schwarber. Anything short of a playoff berth — a pretty low bar with six out of 15 teams qualifying in each league — will be a huge disappointment.

Dombrowski was asked how his boss, the ultra-competitive John Middleton, was handling the team’s slow start.

“He’s been fantastic,” Dombrowski said. “He says, ‘That’s why we play 162 games.’ He’s been very supportive.

Dombrowski was also asked about the man he serves as boss to, manager Joe Girardi.

“I don’t ever get into evaluating managers during the season,” Dombrowski said. “As I’ve always said to people, Joe’s been fine. I talk to Joe and communicate with him all the time and I’ll just say this: My support of a manager is that they’re managing. If I didn’t support them, they wouldn’t be managing.

“Joe’s our manager and I’m happy to be working with him. Hey, we’re all in a position that we’re not happy with the way the club has played, Joe, myself, the players. We have to be better.”

Dombrowski said he was pleased with the way the starting pitching staff had rounded into form — it had a 3.38 ERA over the last 31 games entering Monday night — and he mentioned how the defense hasn’t been the issue that many predicted entering the season. For the most part, he’s been pleased with the bullpen, save for a few poor nights.

The offense has been a head-scratcher for Dombrowski.

Entering Monday, the Phils ranked eighth in the NL, scoring 4.49 runs per game. They were fifth in OPS at .722. However, they had been shut out five times and held to one run six times. All 11 of those games ended in defeat. Consistency has clearly eluded the offense through the first quarter of the season.

Alex Killorn with a Goal vs. Florida Panthers