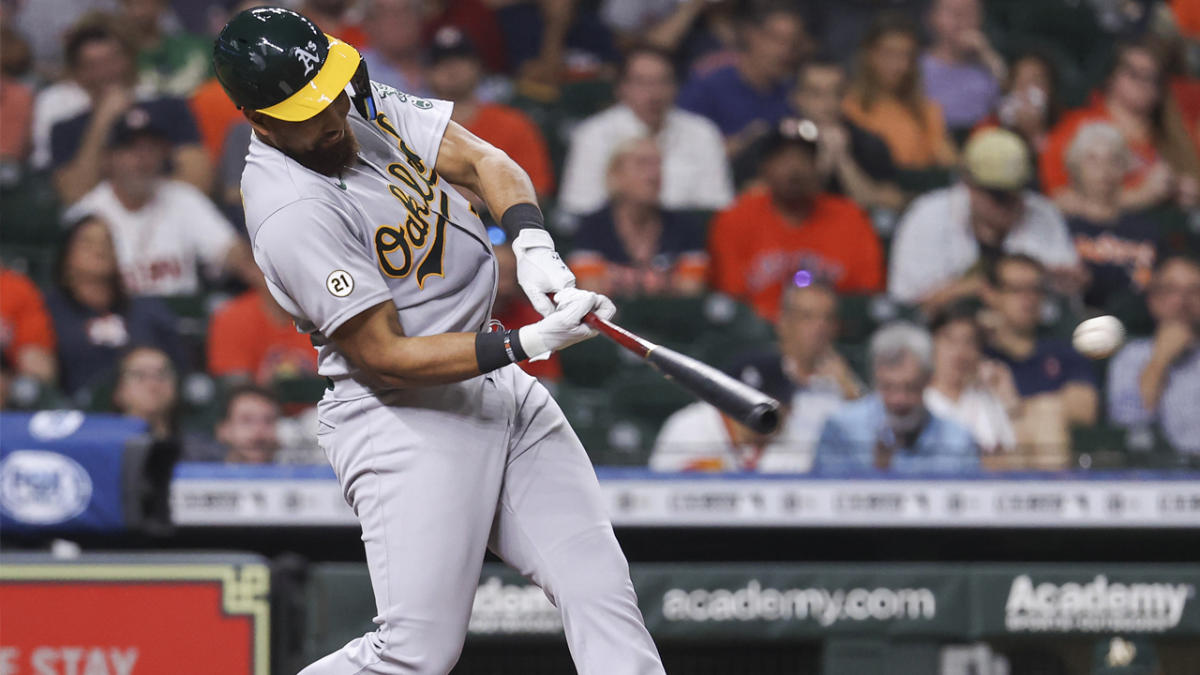 While the Athletics as a whole don’t have much to play for other than pride the rest of the 2022 MLB season, a lot of players on the roster are trying to make an impression on manager Mark Kotsay and the coaching staff as they look toward the 2023 season.

Dermis García isn’t considered a top prospect, but at 24 years old, he still is young enough that he could be part of the future for the A’s.

And García is doing everything in his power recently to show the A’s what he’s capable of.

In the A’s 5-2 loss to the Houston Astros on Thursday night at Minute Maid Park, García continued his hot stretch by driving in Oakland’s only two runs.

With the bases loaded in the top of the fourth inning, García singled to center, driving in Ramon Laureano and Sean Murphy to give the A’s a brief 2-1 lead.

The Astros tied the game in the bottom of the fourth and took the lead for good in the seventh inning.

García, a minor league free agent who signed with the A’s before the season, has five hits in 15 at-bats with two homers and seven RBI over his last five games. In 22 games so far this season, he has four homers, 15 RBI and a .932 OPS.

First base isn’t locked up for the A’s next season, so García is auditioning for playing time in 2023. Seth Brown has played the most games at first base for Kotsay this season, but he can play the outfield, so if Oakland likes what it was seen from García, there is a role for him.

Of course, García will have to come back in spring training and earn playing time, but in a short sample size, he’s showing he can handle big league pitching.

The loss drops the A’s to 52-92 with 18 games left to play this season. As long as he stays healthy, García should get a chance to play in most of the remaining games.