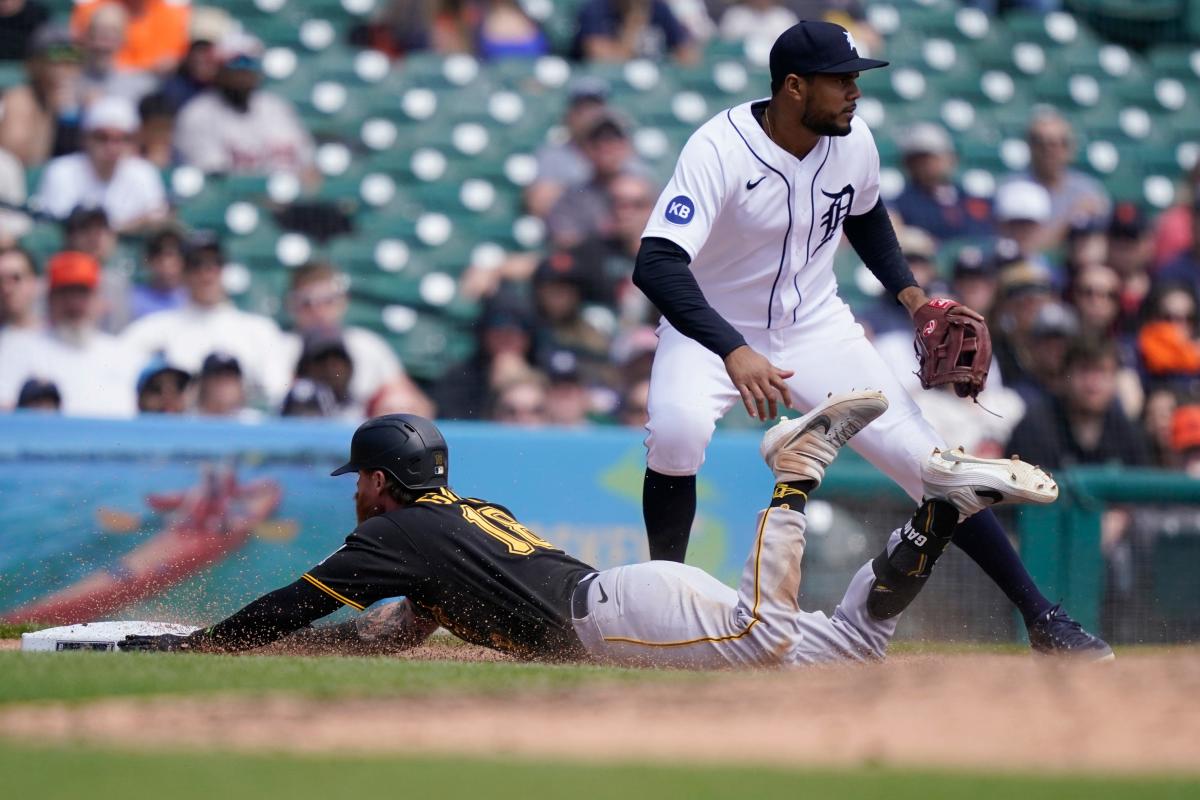 GAME 1: This time, errors pay off for Tigers in 3-2 win over Pirates

Game notes: It’s a straight doubleheader between the Tigers and Pirates, with the second game set to start about 30 minutes after the first concludes. … The Tigers lost two of three to the Los Angeles Dodgers before an off day Monday and postponement Tuesday. The Pirates only won one game in their last series vs. the San Diego Padres.

The Tigers beat the Pirates in Game 1, thanks to some shoddy Pittsburgh defense and solid bullpen work from Detroit.

COLUMN: After a terrible and cruel April, Tigers could be headed for sunnier May

Faedo will make his MLB debut in the second game. He has a 1.72 ERA in 15⅔ minor-league innings with 20 strikeouts and three walks this season. He faces off against former Chicago White Sox All-Star Jose Quintana, who will be making his 21st career start vs. Detroit. He’s 6-5 against the Tigers, pitching to a 4.73 ERA in 121⅔ innings.

Next up: The Tigers hit the road for four games in Houston and the Pirates travel for a series in Cincinnati.

[ Get our very best Tigers, NFL draft and other sports and news coverage for an incredible price. ]