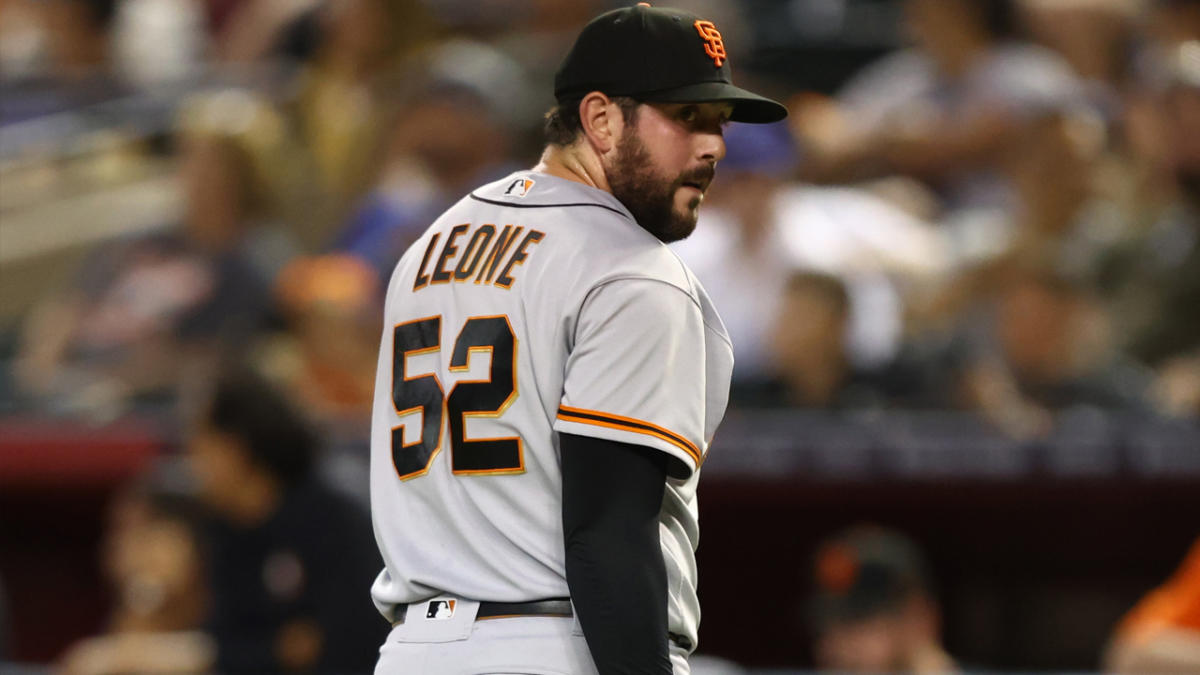 CHICAGO — Dominic Leone was quietly one of the best success stories of the 2021 season for the Giants’ front office and staff. After a rough stretch with Cleveland the year before, he signed a minor league deal with the Giants and posted a 1.51 ERA, helping the bullpen transform into one of the best in the majors.

That didn’t carry over to 2022 for either Leone or the bullpen as a whole, and changes are going to be made down the stretch. Leone was the first notable name to be let go when the Giants put him on unconditional release waivers on Saturday.

Leone had been put on the IL on Friday, but that decision seemed more roster-related than injury-related. He had pitched the day before, but the Giants want to look at other relief options down the stretch.

Manager Gabe Kapler said the Giants released Leone so he could try and latch on elsewhere for the rest of this season.

“We want to see a couple of the relievers that we haven’t seen as much of. Obviously we have Cole [Waites] here on taxi and Shelby [Miller] here on taxi and there may be some opportunities to activate those guys,” Kapler said. “There are some guys in our ‘pen right now that we’re wanting to see more of and give more opportunity to. I think Yunior Marte is an example but Luis Ortiz, as well. He’s an excellent strike-thrower.

“I think at this point we realize that we weren’t going to be able to provide that opportunity for Dom and we want him to have an opportunity to go find a landing spot before the season is over.”

Leone had a 4.01 ERA in 55 appearances, but it was 5.40 in the second half. His strikeout rate was actually up from last season, but so were his walk and home run rates. Kapler compared him to a running back who lost a step or two and started having trouble; Leone still had pretty good stuff most days, but it wasn’t quite as crisp as in 2021 and that was enough.

“For a good portion of the year Dom was still kind of 96 [mph], 97, still had good movement on his pitches,” Kapler said. “For whatever reason, I think there were a few more mistakes.”

After leading the majors in bullpen ERA last season, the Giants rank 22nd this year. Miller and Waites could join the mix as soon as Sunday when the Giants have another bullpen game planned because of Alex Wood‘s injury. More changes are expected over the final three weeks as the Giants try to figure out which players are the best fit for next year’s bullpen.

Bogaerts reportedly heading to the Padres for 11 years, $280 million