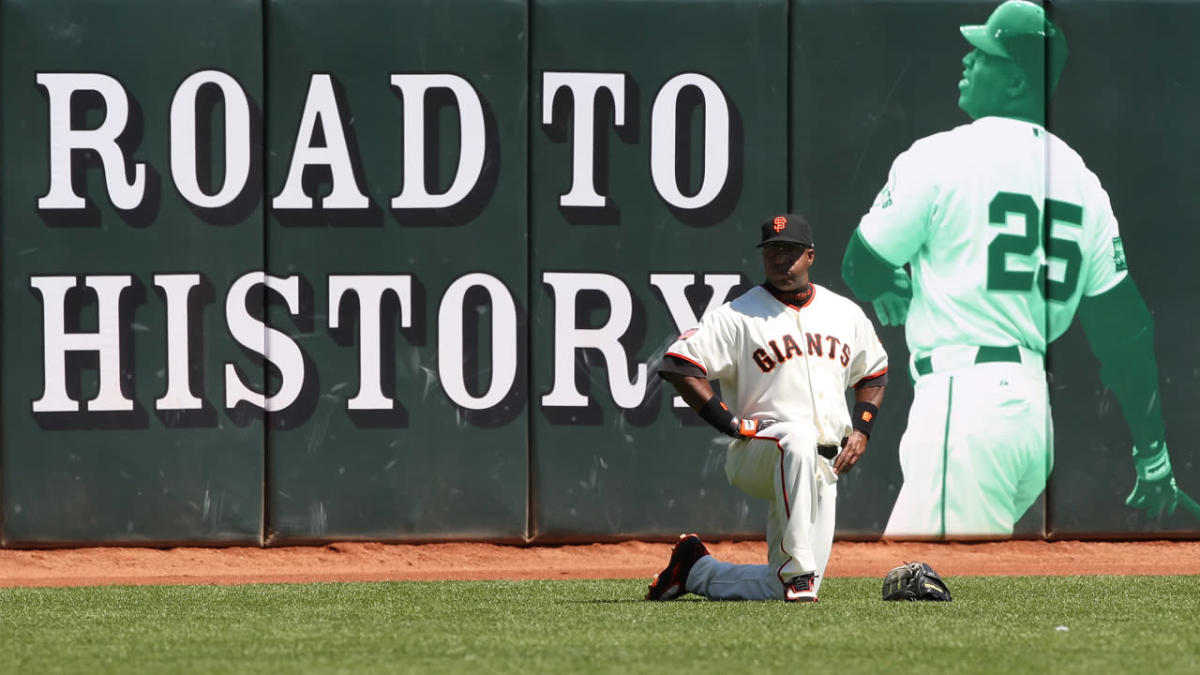 For years, it had been clear that Barry Bonds would not get voted into the National Baseball Hall of Fame by the writers, but that didn’t make Tuesday any easier to swallow for most baseball fans. The final vote total for the top two finishers only added to the outcry.

Bonds finished at 66 percent with 260 votes, trailing only David Ortiz, the only player who will get inducted in this year’s class. If Bonds is being punished for his PED use, it makes little sense that Ortiz — who reportedly tested positive in 2003 — would get in on the first ballot, but that’s the leap that dozens of writers made. Ortiz finished 47 votes ahead of Bonds.

It’s hard not to look at their histories and the totals and think that personality played a huge part in the final vote. Bonds was notoriously prickly with the media and still rarely speaks to reporters. Ortiz was one of the most affable superstars the game has seen and now does the Fox Sports postgame show in the playoffs while regularly appearing on other shows and podcasts. On this week’s Giants Talk podcast, Duane Kuiper said that might have played a part.

“I do think that in some ways, because of his personality, that he is being punished,” Kuiper said of Bonds. “And if that’s the case, well that’s not right, because there are a lot of guys in the Hall of Fame that weren’t exactly Mr. Lovable and the life of the party. I think he’s going to get in, it’s just unfortunate that we’re going to have to wait.”

While Bonds rarely speaks publicly about the Hall of Fame, Kuiper said he does think that the result bothered him, no matter what he might say.

“I think deep down inside this does matter to him a lot,” he said.

Bonds will now have to wait and see if the Today’s Game committee elects him this December or in a future year. His 10 years on the ballot are up and he never got past the two-thirds mark. Bonds reached his high for votes this year, but he still took a huge dip once the full totals were released. He was tracking about 10 percent higher on the ballots that writers released before Tuesday’s announcement.

Kuiper said he watched all that in recent weeks and noted that very few writers who revealed their ballot kept Bonds out. He was hoping that he might be surprised when the final results were announced.

RELATED: How BBWAA got it wrong with Bonds

“That gave me a little bit of hope, but as it came down to (Tuesday) and you started to read and listen to some of the experts, they felt like he was going to fall short, so was Clemens, so was Schilling, Sosa really didn’t get close at all,” Kuiper said. “I’m not surprised. I am disappointed. If you’re going to use the (PED) issue by not voting for him then you cannot explain why David Ortiz got in. You can’t. If that’s the criteria you’re using, then he shouldn’t get in.

“But I’m happy for (Ortiz). He’s a big personality, he’s got a great nickname. Maybe there is a little bit of a credence to the fact that Big Papi is a lovable guy and Barry Bonds is not. That’s not the case in Northern California, but maybe it’s the case around the country.”