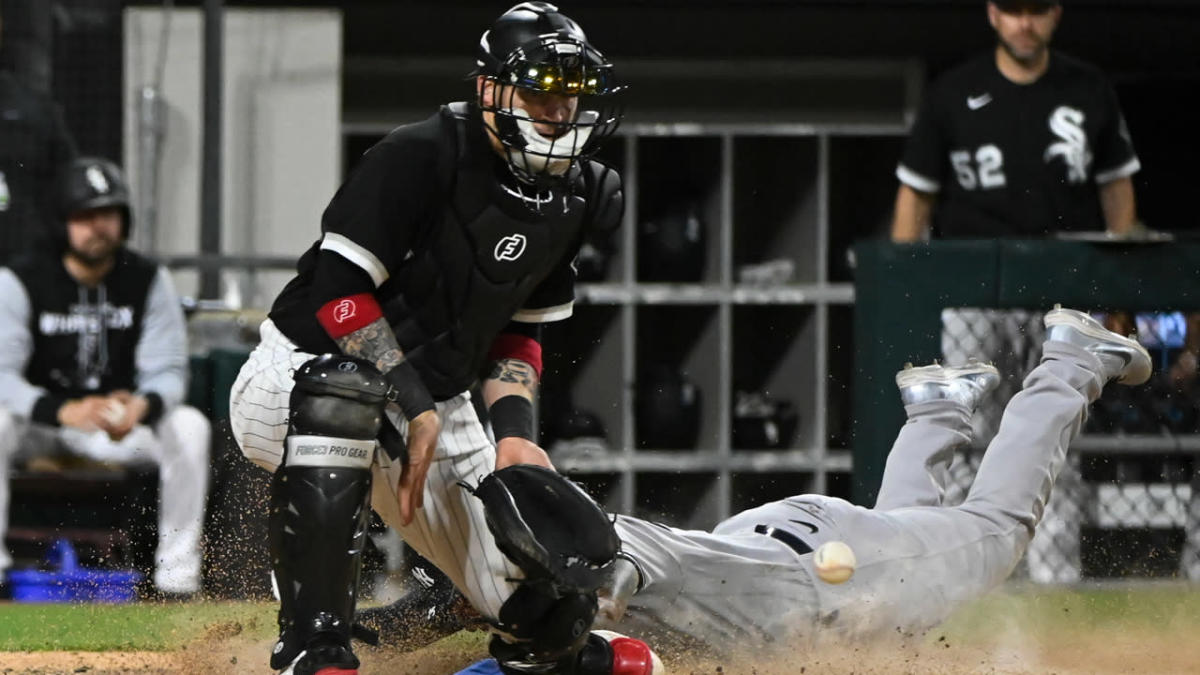 The Chicago White Sox found that out the hard way in Monday’s 12-9 loss to the Guardians, which featured a six-run Cleveland ninth that erased an 8-2 deficit and forced extra innings.

And history just about repeated itself in Thursday’s 15-7 loss to the Yankees, which saw New York hang a seven-spot in the top of the eighth after a Yoán Moncada three-run home run tied the contest in the bottom of the seventh.

“I mean you had to see it to believe it,” a shell-shocked Tony La Russa said postgame. “I still don’t believe it.”

To La Russa’s point, Thursday’s top half of the eighth was, in some ways, as surreal as Monday’s top half of the ninth. Joe Kelly, making his second relief appearance in a White Sox uniform, was tabbed to handle the frame, and quickly set down Aaron Hicks on a ground ball to second and Joey Gallo on a swinging strikeout.

Then, he lost the zone. Kelly walked the next three batters — Marwin González, a pinch-hitting Gleyber Torres and DJ LeMahieu — to load the bases for Aaron Judge, who tapped a two-run infield single over second base.

“It doesn’t matter, two outs, one out, no outs. Walks are not it,” Kelly said. “I’d be a lot [less] uneasy if they were hitting rockets everywhere. Free passes are not it.

“It’s one of those things that I’ll go back and look and see what mechanically I was doing. But sometimes you just gotta pitch better.”

After allowing a fourth walk of the inning to Anthony Rizzo, which repacked the bags, La Russa yanked Kelly in favor of left-hander Tanner Banks to face the powerful right-handed tandem of Giancarlo Stanton and Josh Donaldson. Stanton rocketed a two-run single. Donaldson crushed a three-run home run. Defeated by the colossal two-out rally, large swaths of the 20,050 in attendance made their way to the exits.

La Russa explained the decision to roll with Banks as one geared toward saving arms for the rest of the weekend.

The bullpen’s second meltdown in three games — and this game’s nearly four-hour runtime — also overshadowed a spotty start from Dylan Cease, who ceded six runs, five extra-base hits and two homes runs (both to Stanton) in four innings. It was a bizarre outing for Cease, who entered play having allowed just nine runs and one long-ball all season. Eleven of the 12 outs he recorded came via the strikeout, matching a career-high, but when the Yankees connected, they struck with thunder.

“I’m just going to tip my cap. They beat me today. Get after it the next one,” Cease said, adding later that his final line was the “weirdest statline” he’s been a part of. “They (the Yankees) got a lot of professional hitters, obviously. They have a gameplan. They put up a lot of good at-bats.”

For a time, the White Sox did too. Moncada’s dinger was his first since making his season debut on Monday, a positive sign as it relates to his timing at the plate. AJ Pollock showed another sign of busting from his slump with a run-scoring double in the second inning. Leury García notched a two-RBI single later in that frame that briefly gave the White Sox the lead.

But ultimately it wasn’t enough to topple a team in the Yankees that entered play with the best record in baseball. The White Sox have three more games in the series to prove their mettle.

Bruins have tons of Game 7 experience, but winning in Carolina is huge challenge

Gary Payton II practices with Blazers, whose defense has fallen off a cliff after hot start