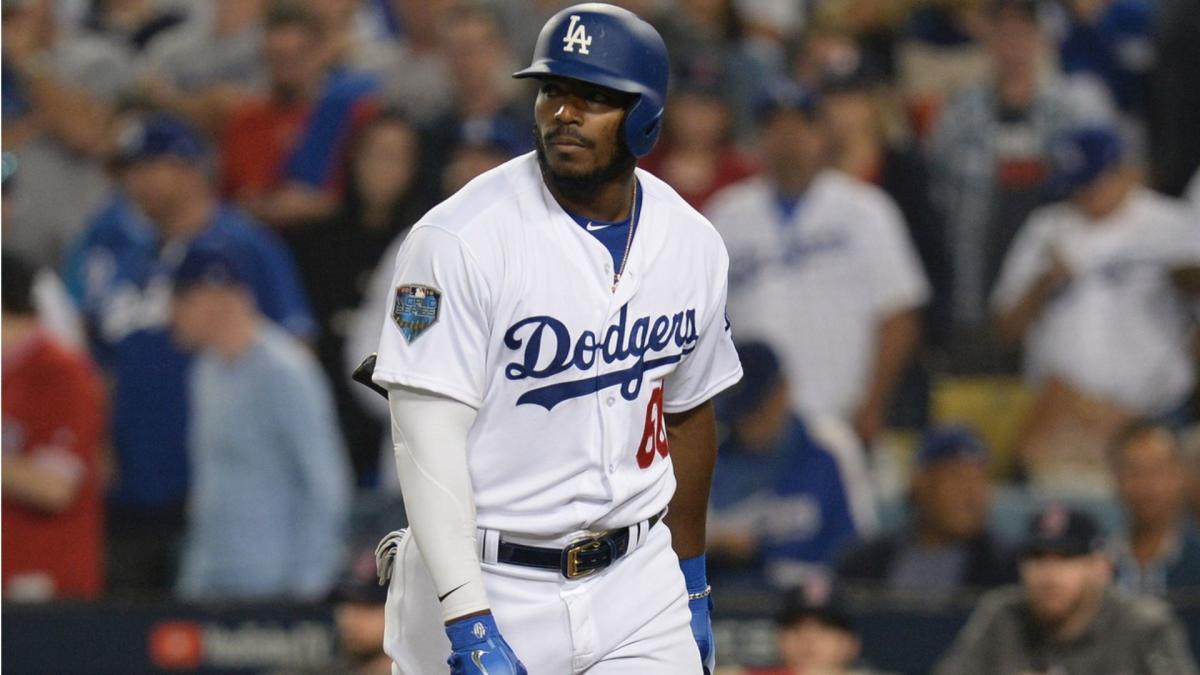 Former MLB All-Star Yasiel Puig has agreed to plead guilty to a felony charge for lying to law enforcement about sports bets he placed with an illegal gambling operation, the Department of Justice announced on Monday.

Puig, whose full name is Yasiel Puig Valdez, will plead guilty to one count of making false statements, which carries a maximum sentence of five years in prison.

Puig, 31, also agreed to pay a fine of at least $55,000. He’s scheduled for an initial court appearance on Tuesday in the U.S. District Court.

“Under our system of justice, no one is above the law,” U. S. Attorney Martin Estrada said. “The integrity of our nation’s criminal justice system depends on people telling the truth, and those who fail to abide by this simple principle must face consequences.”

According to the DOJ’s release, Puig began placing bets on sporting events through text messages and phone calls to a third party who worked on behalf of Wayne Joseph Nix’s illegal gambling business. By June 2019, Puig owed Nix’s business $282,900 in gambling losses.

Puig lied “several times” in a January 2022 interview with federal investigators, claiming that he only knew the third party through baseball and never discussed gambling with them. Then, in March 2022, Puig admitted in a WhatsApp audio message to someone connected to Nix’s business that he had lied during the interview.

“When given the opportunity to be truthful about his involvement with Nix’s Gambling businesses, Mr. Puig chose not to,” IRS Criminal Investigation Los Angeles Field Office Special Agent in Charge Tyler Hatcher said. “Mr. Puig’s lies hindered the legal and procedural tasks of the investigators and prosecutors.”

Former MLB player Erik Hiljus also agreed to plead guilty on Monday to two counts of subscribing to false tax returns, which carries a maximum of six years in prison. Hiljus, who played for the Detroit Tigers and Oakland A’s over four big league seasons, was an agent for Nix’s business but did not work with Puig.

In April, Nix pleaded guilty to one count of conspiracy to operate an illegal sports gambling business and one count of filing a false tax return.

Puig played seven MLB seasons, with the first six coming as a member of the Los Angeles Dodgers. In 2019, his last MLB season, Puig played for the Cincinnati Reds and Cleveland Indians. He made one All-Star Game (2014) and finished second in 2013 NL Rookie of the Year voting.

Most recently, Puig played 126 games for the Kiwoom Heroes of the Korean Baseball Organization (KBO) in 2022.

CJ McCollum: ‘I don’t think I can shoot any worse than I’ve been shooting’

Jordan Martinook with a Goal vs. Chicago Blackhawks