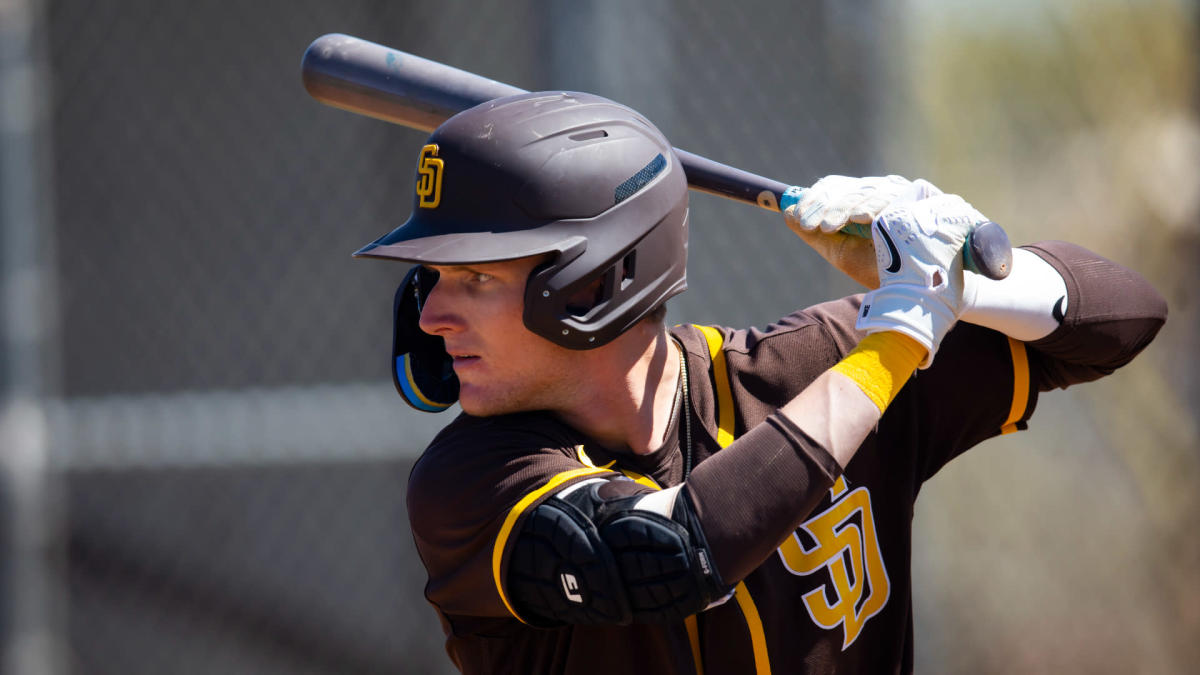 It’s been a long time since the Nationals’ farm system has been as big of a focal point as it is right now, but that’s the position the organization finds itself after trading star players away for prospect capital the last two trade deadlines.

While the major-league product has been dreadful in 2022, the Nationals have accumulated more high-end talent in the minors than they’ve had in at least the last six years. Baseball America ranked five Nationals prospects in its midseason Top 100 update, the first time Washington had that many players in its rankings since 2016.

For all the potential these prospects have, there are still question marks about their profiles that will determine whether they can turn into productive MLB players. Nationals’ Director of Player Development De Jon Watson chatted with NBC Sports Washington about the biggest burning questions surrounding some of their top prospects.

In the second of a three-part series, here are updates on the Nationals’ big names at Single-A Fredericksburg and High-A Wilmington.

Robert Hassell III: What convinced the Nationals he would be an impact talent in MLB?

While MacKenzie Gore and C.J. Abrams were the headliners of the Juan Soto/Josh Beal trade, Hassell has just as much potential to be a star in Washington.

“The way he manages the strike zone, he uses all fields to hit, he has good strength,” Watson said. “He still hasn’t filled out his body, he’s only 20 years old. So we know he’s going to get stronger and the way his…direction and line to the baseball, they’re all really good, and his hand acceleration through the zone.”

Bottom line: Hassell can hit. The San Diego Padres lured him away from a Vanderbilt commitment when they drafted him eighth overall in 2020. He tore it up in Single-A during his first professional season to earn a promotion to High-A, where he came out of the gate this year hitting .299 with a .846 OPS in 75 games before the trade.

Hassell joined the Nationals’ organization with a strong track record of plate discipline. His strikeout rate has hovered right around league average while he walks enough to profile as a potential 1-2 hitter who brings some speed to the basepaths. Watson has already been out to see him at Wilmington and it’s that approach that he’s going to be monitoring moving forward.

James Wood: Can a player of his size manage the strike zone enough to remain effective?

Listed at 6-foot-7, 240 pounds, Wood is a big dude. If he were in the majors right now, he would be tied with Aaron Judge and Oneil Cruz as the tallest players in the league. It’s tantalizing to watch his tape and imagine the kind of power he could bring to the Nationals’ lineup.

However, there’s a reason there are so few players of that stature. Taller hitters have the disadvantage of working with a bigger strike zone and it’s a weakness that MLB-caliber pitchers exploit. It’s a hurdle Judge (MLB’s 2017 strikeout leader) had to overcome early in his career and one Cruz (36% strikeout rate as a rookie) is still attempting to figure out now.

That plate discipline will be tested as he advances through the minors, but it’s certainly an encouraging sign that gives the Nationals hope Wood can be as complete a player as he is exciting. Wood is also stealing bases at a strong clip and he’s sticking in center field for now, though the team’s sudden depth at the position may eventually force him to a corner.

“It’s electric.,” Watson said. “For a guy his size, to run the way he runs and cover the ground that he covers in the outfield whether it be in center or right. Right now, we’re going to play him out in center field. We’re going to give him a test in right field as well. Just looking forward to watching this young man evolve and he’s got a chance to be a really dynamic player.”

Brady House: Will he return from his back injury before the season ends?

House got off to an excellent start to his 2022 season in Single-A until a stint on the 7-Day IL for an undisclosed reason (read: COVID) knocked him out of the lineup for two weeks. He wasn’t the same after he returned, hitting just .230 over his next 100 plate appearances before suffering a back injury.

He hasn’t played in a minor-league game since June 11 and may not make it back before the season ends.

“He’s doing well,” Watson said. “He’s down in West Palm Beach. They’ve been working with our strength and conditioning guys, really working on that core to strengthen up that core and make sure the back stays healthy and the right alignment. So those are the things that he’s working on right now. He’ll probably get some more baseball activity here once we get to Instruction League.”

Watson added that there’s a “chance” House returns and the team will evaluate him over the next few weeks before deciding whether to officially rule him out for the year. In the meantime, he will have to fly a bit more under the radar. Most national prospect rankings have dropped him from their top 100s.

That doesn’t mean his potential is dampened. In the 21 games before he first hit the IL, House hit .326 with two home runs and an .857 OPS. Those are the numbers the Nationals will look for him to replicate once he does make it back to the field, whether that be this fall or next season.

Jackson Rutledge: What does he need to do well in order to remain consistent?

The 2022 season was an important one for Rutledge. Coming off a disappointing campaign in which he suffered a strained rotator cuff and ended up pitching for a lower affiliate than he started with, the 2019 first-round pick was a candidate to move to the bullpen if he didn’t start to show progress as a starter.

He got off to a slow start in Single-A this year but then started to put it together. After never going more than five innings in a start over his first two minor-league seasons, Rutledge has done so in five of his last 10 outings. He has a 3.64 ERA with 53 strikeouts and 12 walks over that span, a stretch that’s been encouraging for his parent club.

“For him, it’s really about understanding his delivery, understanding his weapons and how to deploy them versus the opponents,” Watson. “I think he’s gaining ground. For the first time, he’s having success — and consistent success. If you look at his last 10 overall starts, they’ve all been pretty productive. So we’re proud of where he is right now.”

Showing more consistency was a priority for Rutledge heading into the offseason. In hopes of being a more durable pitcher, he changed his mechanics to put less pressure on his shoulder. Though a bicep injury did sideline him for the first month of the season, Rutledge has since stayed on the mound and already set a new career high in innings.

The Nationals have seen flashes of what Rutledge can do when he puts it all together. Watson keyed in on the importance of how he attacks hitters and looking to see what his game plan is for his still-developing repertoire from start to start.

“When he’s going well, he’s repeating his delivery, he’s able to use both his two- and four-seam fastballs effectively to both sides of the plate,” Watson said. “He’s able to spin and land his slider for early strikes as well as finish strikes [and] utilizing his changeup.”

Mason Denaburg: What are Nationals looking to see now that he’s healthy?

MLB Pipeline only ranks Denaburg as the 29th overall prospect in the Nationals’ system, but that’s simply because he wasn’t pitching in games.

Denaburg, the 27th overall pick in 2018, threw only 20 1/3 innings in his first season before a series of injuries — including Tommy John surgery — kept him off the mound through the end of last season. He finally made his return in May and has been averaging just over 52 pitches per start as he builds his arm up.

“It’s really exciting to get him back out with the competition with the regular population,” Watson said. “He’s been down for almost three years and so to get him healthy and back out there, he’s been 93-97 [mph] with fastball command. He was a little spotty early but it’s gotten a lot better of late. So for us it’s really about commanding the baseball to both sides of the plate, utilizing his changeup and being able to land his breaking ball early and late in counts.”

The 23-year-old has a ways to go before he’s in consideration for a spot on the major-league roster, but right now the team is just focused on building him up and developing him into a starter. His fastball/curveball combination was what made him a first-round pick in the first place and how those pitches play will determine whether he can move up through the system.

Lakers plan to run offense through Anthony Davis, and LeBron James is on board, per report