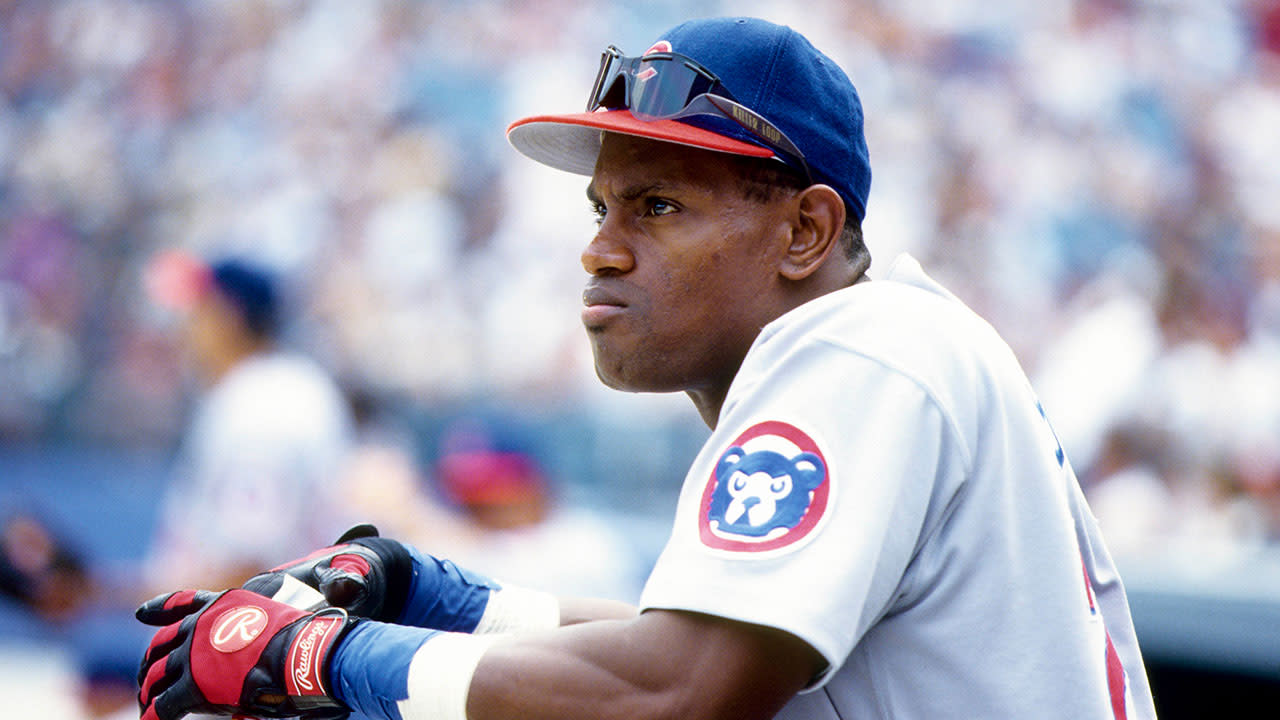 A spotlight again fell on the stalemate between Sammy Sosa and the Ricketts family when the Cubs unveiled their new team Hall of Fame on the left field concourse Thursday.

The 56 plaques included those in the original Cubs Hall of Fame (1982-86), the Walk of Fame (1992-98), the National Baseball Hall of Fame, and 2021 inductee Margaret Donahue, who was MLB’s first female officer outside of team ownership. They did not include Sammy Sosa, who did not fall under any of the categories above, a fact that caused a stir among fans at Thursday’s event and on social media.

“Because he led the league in so many different categories – home runs, RBIs, games played. He was a fabulous ball player. It’s really unfortunate that all he has to do is say, ‘Hey, I want to come back and be in the Cub family again.’ That’s all it takes.”

The Cubs plan to continually add to their new Hall of Fame. To be considered, an individual must have been a Cub for at least five years or made “a significant contribution” to the organization “through service or time.”

Could Sosa be added?

“We’ll finalize our process for who is on the committee, both internally and externally to decide those things,” Cubs executive vice president of sales and marketing Colin Faulkner told NBC Sports Chicago. “And then there will be a process in place. But based on the criteria we put out there, he would be eligible. And then it would be up to the committee to decide if he, (along with) other people, if they belong in the Cubs Hall of Fame.”

Sosa, in 13 years with the Cubs, holds the franchise record for home runs (545). In three different seasons he led the NL in games. In three others he led the league in runs. In two seasons he was the NL RBI leader and in two others the home run leader. Most famously, in his MVP season, Sosa was in the 1998 home run chase with Mark McGwire.

Sosa’s legacy is also tied to the steroid era, although he has never admitted to taking performance enhancing drugs. And Sosa has long been at odds with current Cubs ownership, the Ricketts family.

Which takes us to the ongoing stalemate.

“They (the Rickettses) got the team, and I ask myself why I don’t have a great relationship with the Chicago Cubs organization because they  never were there when I was playing there for … 13 years,” Sosa said on Sports Talk Live last year. “I ask this question myself because I’m trying to figure out what could keep me out, from coming back to Chicago.”

On the other side, Cubs chairman Tom Ricketts was asked about Sosa year after year at Cubs Convention. His response remained consistent.

“I think we all need to be sensitive and understand their situation,” Ricketts said in 2018 of players from the steroid era. “But I also believe that players from that era owe us a little bit of honesty, and I feel like the only way to turn this page is to put everything on the table.”

Let’s return to the original question: Could Sosa be added to the Cubs Hall of Fame?

“I have no idea,” said Hall of Famer Ryne Sandberg, Sosa’s former teammate.

“That’s not my choice,” Sandberg said.

Goran Dragic with a 2-pointer vs the Boston Celtics

Sixers player grades: Kevin Durant proves too much for Sixers in Nets win

Fred VanVleet with a deep 3 vs the Boston Celtics