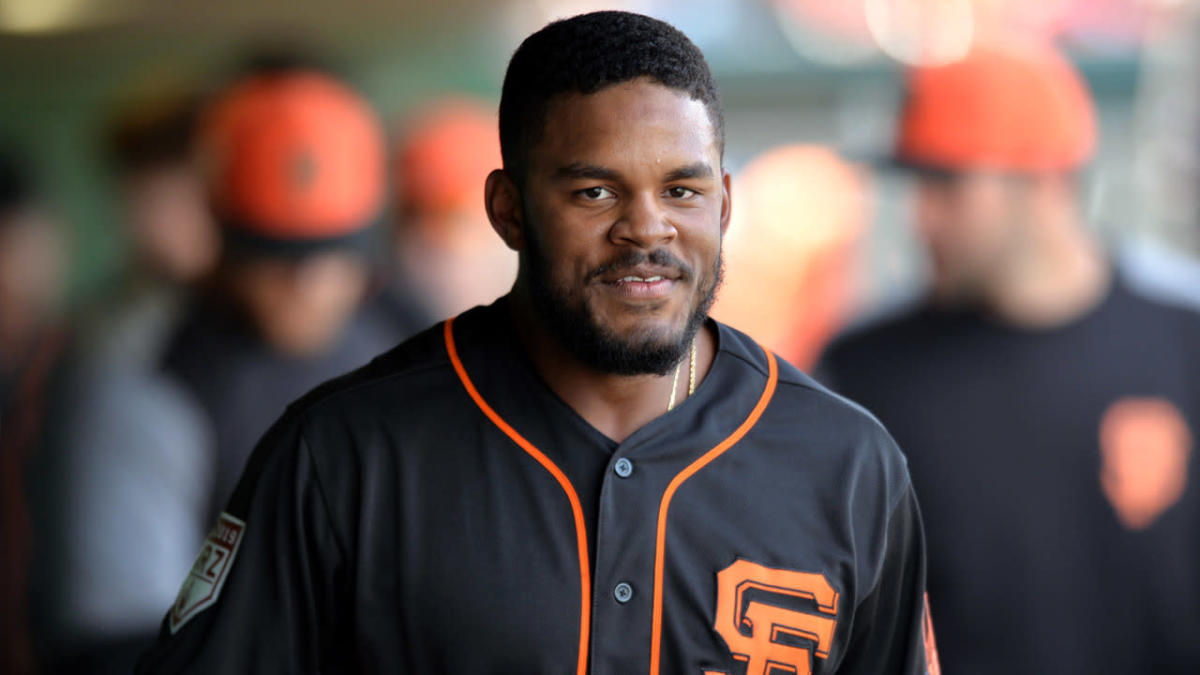 The truncated spring means the usual cuts have come quickly in recent days, with the Giants announcing three sets of moves since last Thursday. The names that were sent out of camp on Monday were the biggest yet.

The Giants optioned Heliot Ramos and Sean Hjelle to Triple-A and reassigned Patrick Bailey and Ricardo Genoves to minor league camp, a flurry of paperwork that included two first-round picks and a second-rounder. None of the moves were a surprise, though.

The four young prospects are still pretty inexperienced, but they have all had multiple big league camps at this point and that usually is a sign that you’re getting close. As the Giants continue to work toward their opening 28-man roster, here’s a look at five prospects who could make an impact this season, including some of the guys cut Monday:

The 19th overall pick in the 2017 draft was the story of camp last spring, batting .410 with three homers and three doubles in 21 appearances. A year later, there was not nearly as much playing time available because of the lockout, but Ramos again showed his talent at the plate. With four hits, including two doubles, in eight at-bats this spring, he is batting .411 with a 1.155 OPS over 56 career spring at-bats starting in 2019.

Ramos started last year in Double-A and finished it with 54 games in Triple-A, posting a .323 OBP in both spots but seeing his slugging drop to .399 in the hitter-friendly Triple-A league.

“He’s another player that we’ve talked to about his processes. We just have to build better processes for Heliot and I think he’s going to be fine.”

Kapler has seen that this spring, and he credited Ramos for “seeking out the value at the margins,” noting that he is working on things like his breathing and recovery. With so many of last year’s outfielders back, there was never a shot for Ramos to make the team, but he’s on the 40-man roster for the first time and that could get him an early debut in 2022.

If the Giants need a right-handed-hitting outfielder because of an injury, Ramos, Jaylin Davis and Luke Williams are the options on the 40-man. Either because of an opening, or because he puts it all together and hits his way into the mix, Ramos should debut this season, nearly all of which will be played before his 23rd birthday.

Last year, Santos was known for two things. He was part of the trio of inexperienced but hard-throwing right-handers that the Giants talked up all offseason and then actually ended up using at the big league level … and he was also suspended for 80 games for a positive PED test.

The latter has put Santos far off the radar this spring, but he still has a 100 mph fastball and a hard slider, and — you’ll sense a theme with some of these picks — he’s still on the 40-man roster. Santos’ three-game debut didn’t go all that well, but the stuff is electric when he’s right.

Camilo Doval may now be the closer and Kervin Castro is pushing for a roster spot and high-leverage role, but don’t forget about Santos. With so much depth in their big league bullpen, the Giants can afford to take things really slow with the 22-year-old, but he certainly has the stuff to get back to the big leagues this season.

This front office is extremely patient with prospects, and you can expect that to continue as long as the big league team is humming along so well that top minor leaguers are allowed to fully develop. But Farhan Zaidi, Scott Harris and Kapler are completely open-minded when it comes to young relievers with huge arms, and Dabovich is a solid bet to follow the Doval/Castro/Santos road.

The 23-year-old was taken in the fourth round in 2020 and works with a mid-90s fastball that touches 99 and a hard curveball that’s been a devastating weapon in the minors.

Dabovich has had some control issues dating back to Arizona State, but when he’s in the zone he’s pretty much unhittable. He faced 127 batters last year and struck out 62 of them, with just 15 hits allowed in 32 1/3 innings. Dabovich is already in Double-A, and he should be a bullpen option at some point this season.

The 6-foot-11 right-hander had a 3.15 ERA and 1.20 WHIP in Double-A last season but those numbers ballooned to 5.74 and 1.80 in Triple-A. On Monday’s Giants Talk Podcast, he explained how it was a big adjustment going to a hitter-friendly league.

The Giants won’t judge Hjelle on the stats. They’re looking for a change in approach, and Kapler said Hjelle was “too fine” at times in Triple-A. The Giants want him to worry less about hitting the corners and more about filling up the zone and letting his natural movement take over.

“The sinker will move, the changeup will move, and the breaking ball will move,” Kapler said. “It’s all about strike-throwing for him.”

Hjelle will start the year in Sacramento’s rotation, and the Giants currently have a full big league rotation with plenty of depth — Tyler Beede, Sammy Long, Jakob Junis, Carlos Martinez, etc. — but Hjellle is on the 40-man roster for the first time, so he’ll be in the conversation when a spot starter or relief depth is needed. Team officials fully expect him to debut at some point this summer.

In a system with two very good catching prospects, Genoves gets overlooked, but he has a lot of fans in the front office and on the coaching staff. The 22-year-old was in big league camp for the third time, a big reason he’s on this list. Genoves has caught just about every member of the staff at this point and that familiarity will boost his case if the Giants need help during the season.

There are currently just two catchers — Joey Bart and Curt Casali — on the 40-man roster, but that won’t last. Catchers get banged up and there’s not much depth at the upper levels of the organization. Jhonny Pereda and Brett Auerbach are the other two catchers still in camp.

Gabe Kapler said Genoves has shown he should be considered a valid upper-level depth piece and he told Bailey that no matter where he starts, âif youâre the Patrick Bailey we saw in this camp, things are going to happen quickly for you.â

Genoves played at three levels last season, including a late cameo in Sacramento, where he was 10-for-22. He seems headed for Double-A, but he could be a good short-term option when a need arises. The Giants didn’t protect Genoves from a Rule 5 Draft that didn’t end up happening, but they likely would have to this offseason, so they shouldn’t be too concerned about adding him during the year if Bart or Casali gets hurt.

NBA playoffs: Who will win race for Eastern Conference's No. 1 seed? Celtics, Bucks look like favorites