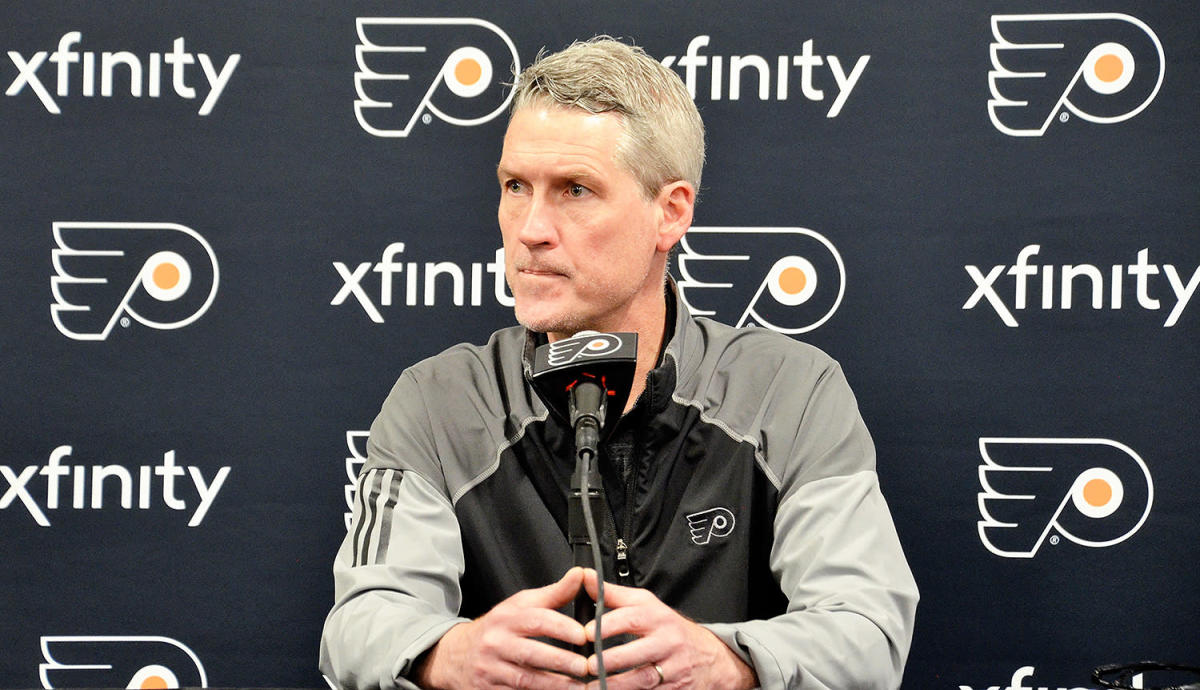 VOORHEES, N.J. — The Flyers will play out the string on this disappointing 2021-22 season with a different-looking team.

Their aggressive retool picked up with a couple of moves at Monday’s trade deadline. The 20-31-11 Flyers parted ways with veteran pieces Justin Braun and Derick Brassard two days after their remake truly started with the trade of longtime captain Claude Giroux.

“I think it went exactly as we expected,” Flyers general manager Chuck Fletcher said of the club’s deadline work. “We had been receiving a lot of calls on Justin Braun, so we expected that we would be able to move him. Derick Brassard, a versatile, veteran forward who has played in an awful lot of playoff games, I expected we would move him, as well.”

While the Flyers did what a team in position to sell needs to do, it doesn’t take away from the club’s overall theme of disappointment on the day. The Flyers had considerable expectations in 2021-22 to rebound from last season’s disappointment. Instead, this season has been even more disappointing, forcing the Flyers into sellers for a second straight year. They were buyers in Fletcher’s first season, a promising 2019-20 that they didn’t build upon.

“None of us anticipated being where we are now; we thought we’d be a competitive team,” Fletcher said. “The vets were all excited going into the season, so I don’t think any of us anticipated being here. Believe me, it hit home a lot earlier than today. But when you trade a player like a Justin Braun that has been such a great veteran, a really solid contributor for our team, it certainly puts it in perspective.

“I spoke to Justin Braun for a while today. Justin gave us three great seasons and gave us everything he had every night. A quality teammate, a quality veteran and a great pickup for the New York Rangers.”

Fletcher said assistant general manager Brent Flahr and the team preferred 2023 picks in return. Draft analysts peg that draft to be stronger than this summer’s draft. Fletcher also noted how the Rangers and Oilers didn’t have 2022 selections in those respective rounds, anyway.

Backup netminder Martin Jones was not moved. He was a trade candidate because of his experience and expiring contract. But trading a goalie can provide a bigger hole to fill organizationally compared to moving a skater. The Flyers have battled injuries in net at AHL affiliate Lehigh Valley.

“There were some conversations on a few of the other guys, but nothing really materialized,” Fletcher said.

“We just wanted to be a little bit careful here with 20 games to go and Lehigh Valley’s battling for a playoff spot. If there was something meaningful, we would’ve looked at it, but nothing really materialized.”

What is Fletcher looking for from the Flyers throughout the remainder of the season?

“A lot of what we saw yesterday,” he said. “Energy, hard work, young players playing a bigger role and getting an opportunity to show what they can do for next year. At some point here, there might be a few of the young players that get a chance to play and audition. We want to finish strong, we want to see a little bit more of what we may have going into next season by how players play the rest of the year.”

The heftier work for Fletcher will start when the summer draws closer. The Flyers will want to set themselves up for a different position in 2022-23, where they won’t have to sell again when the next trade deadlines arrives.

“There’s a lot that will happen between now and [the offseason], a lot of meetings and we’ll see how players do,” Fletcher said of his roster motives for next season. “We’ll see the health of certain players, but that’s certainly what May, June and part of July will be about.”