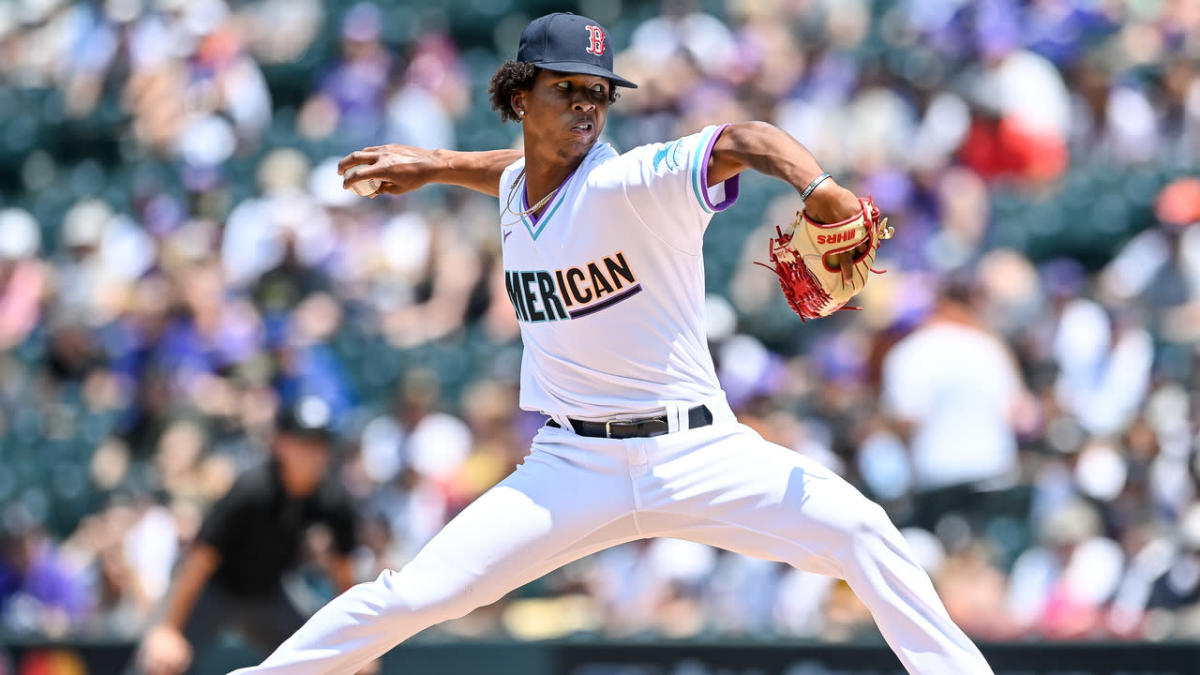 The Red Sox farm system has been climbing the organizational ranks since Chaim Bloom took control, and the individual prospect lists reflect this growth.

After placing four players on Baseball America’s Top 100 list, the Red Sox repeated the feat with industry expert Keith Law of The Athletic, although one of his picks qualifies as a surprise.

It’s not last year’s No. 4 overall selection, Marcelo Mayer, who checks in at No. 18 overall. And it’s not second baseman Nick Yorke (No. 37) or first baseman Triston Casas (No. 56).

It’s right-hander Brayan Bello, the consensus top pitching prospect in the organization, and a newcomer to Law’s list at No. 86. What does the former Blue Jays front office member like about Bello, whom he compares to the late Yordano Ventura physically?

“There’s definite reliever risk,” Law wrote, “but if he moves to the bullpen he’ll probably be 97-100 (mph) with a slider up to 90-92, and he has mid-rotation starter upside if he can improve both his fastball command and the quality of his secondaries.”

The 22-year-old Bello stands a slight 6-foot-1, 170 pounds, but generates upper-90s heat with whip-like arm action. His changeup projects to be a plus offering, and his slider is becoming a viable weapon as well. He went 7-3 with a 3.87 ERA between High-A and Double-A last year and could vie for a spot in the Red Sox rotation or bullpen before this season is over.

One other mild surprise is the absence of Jarren Duran, which reflects how much the center fielder’s stock has fallen since his first crack at big-league pitching last year saw him challenged offensively, especially by fastballs above the belt. Duran snuck on to Baseball America’s top 100 list at No. 91.

As for Mayer, Law sees his upside as a No. 2 hitter and plus defender. He salutes Yorke for proving the critics wrong, noting that he could win a batting title if he reaches his ceiling. And he believes that Casas could profile as a 30-homer hitter at first base.

3 Yankees prospects on The Athletic's Top 100 list, including Anthony Volpe