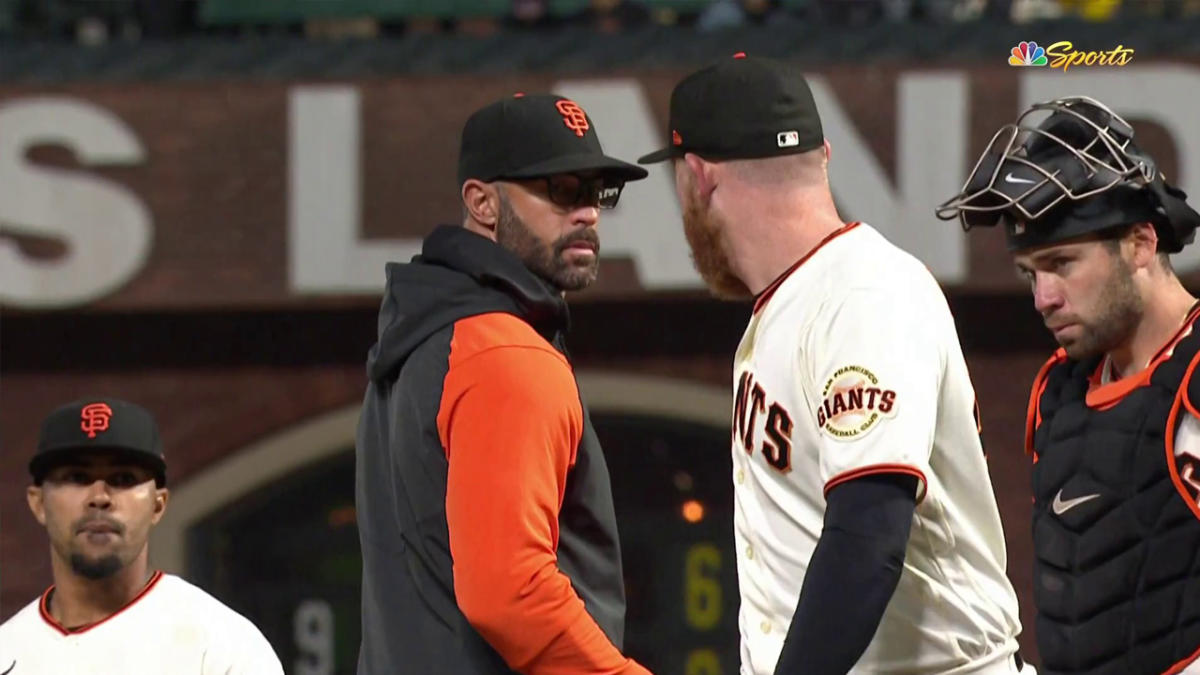 Zack Littell didn’t have a good outing in the Giants’ 3-2 win over the Atlanta Braves on Monday night at Oracle Park, and his night got worse when manager Gabe Kapler removed him from the game.

After Alex Cobb pitched seven scoreless innings, Littell came in and proceeded to allow four baserunners and two runs. Then, when Kapler came to the mound to take him out of the game, Littell put the ball in his manager’s hand with some force and said something that got Kapler’s attention.

Kapler stared at Littell as the reliever walked back to the dugout.

When Kapler got back to the dugout, he was heated and took Littell down the stairs into the tunnel to have a chat.

Littell entered the game with a 4.74 ERA but that jumped to 5.08 following his outing against the Braves, which comes five days after he gave up four earned runs against the Dodgers.

It’s unclear what Littell said to Kapler, but it surely will be addressed after the game.

Thanks to Cobb, the Giants completely controlled the game before Littell entered the contest. San Francisco’s starter allowed six hits, didn’t walk any batters and struck out seven. He lowered his ERA to 3.48 and picked up his sixth win of the season.

The newest Giant, Willie Calhoun, made an immediate impact as he delivered an RBI single in his first at-bat with the team in the second inning. Luis Gonzalez followed with an RBI single of his own to give the Giants a 2-0 lead.

RELATED: Why Flores’ deal with Giants was “no brainer” for both sides

In the fifth inning, Thairo Estrada reached base on an infield single and Mike Yastrzemski scored on a throwing error by Braves rookie Vaughn Grissom.

Lefty Scott Alexander relieved Littell in the eighth inning and escaped a jam with the tying run on third base. Kapler gave him the ninth inning and despite allowing a leadoff single, he managed to finish off the win and record his first save of the season.

The win is the Giants’ third in a row and pushes their record to 68-73.

Liverpool vs Ajax: How to watch live, team news, updates