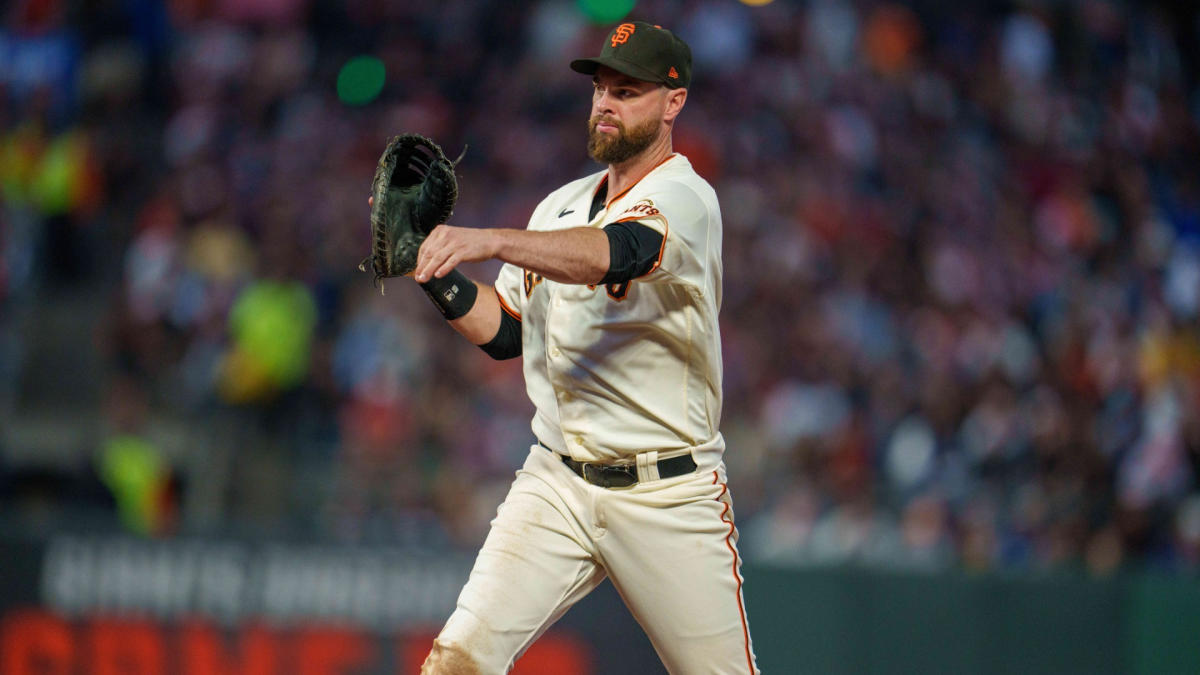 Brandon Belt‘s future with the Giants is a mystery as the 2022 MLB season comes to an end.

Belt, an impending free agent this offseason, is coming off season-ending knee surgery. Not knowing whether he’ll return to the franchise in 2023, the 34-year-old showed some love to NBC Sports Bay Area commentators Duane Kuiper and Mike Krukow.

While in the booth for the top of the third inning between the Giants and Atlanta Braves on Wednesday, Belt expressed appreciation for Krukow and Kuiper, who have been the voices for some of the best moments in his career with the team.

“I told y’all before we got on the air that you are the best in the business, and I really mean that,” Belt said. “So if I don’t get a chance to play in front of y’all again, it’s been an honor.

“I’ve really enjoyed it. Y’all have the best calls in the game. I’ve heard everybody, y’all are awesome and y’all do it the best. So I know you all know this, but I wanted to get that out there.”

Kuiper followed Belt’s remarks by saying that it means a lot more when the duo receives praise for their work from players.

Additionally, Krukow turned the tables on the Giants’ first baseman and thanked him for his performance, considering they benefitted from the team’s success in the past.

“Well, we have something to tell you, too,” Krukow told Belt. “Thank you for putting two rings on our fingers.”

Belt has stated his desire to return to San Francisco next season, but following a disappointing 2022 campaign, the Giants will need to make tough decisions on their roster as they’ll need to get younger.

As a result, it could mean saying goodbye to Belt, who will be 35 in April and is coming off a third procedure on his right knee.

Lakers are reportedly having talks with Jazz about Russell Westbrook