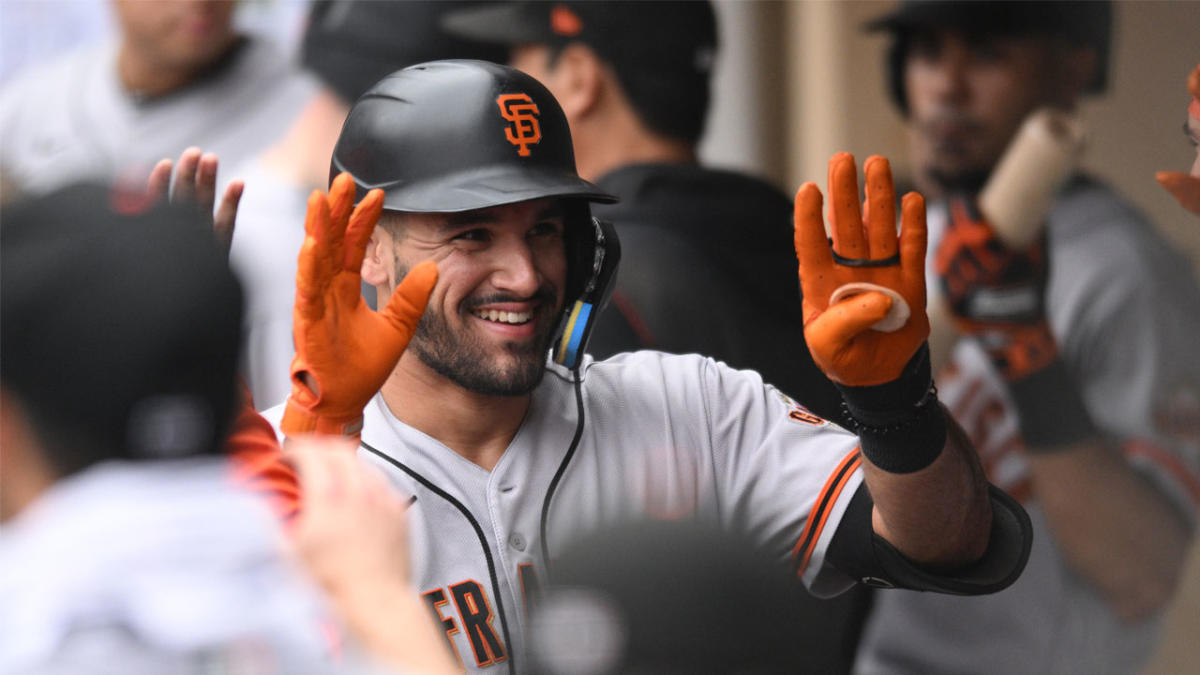 A promotion to the big leagues was one of the last things on David Villar‘s mind when he first heard the news.

The Giants’ infielder joined KNBR 680’s “Murph & Mac” on Thursday morning, where he shared a hilarious story behind his promotion from Triple-A Sacramento to the majors on July 4 last season.

“It was right after we finished our Sunday game, we played at night because we were traveling the next day to Salt Lake to play on Monday the 4th of July,” Villar said. “So I’m in the clubhouse packing up my bags and the hitting coach came over and was like ‘hey come see me in the office, [manager Dave Brundage] wants to talk to you. And I was like ‘look man, I’m really tired, we gotta wake up early tomorrow, we gotta fly to Salt Lake tomorrow and play, can it just wait until tomorrow?’ and he’s like ‘no, just come into the office.”

Villar, possibly a little annoyed at the moment, had no clue what the following conversation would entail and soon would understand why his manager wanted to talk to him at such an inconvenient hour.

“So I went over there and I didn’t think anything of it, I had no idea what was going on,” Villar explained. “Brundy asks me ‘hey how are you feeling, how’s everything going?’ I said ‘everything’s good, it sucks we have to jump on a plane tomorrow really early …’ And he’s like ‘how’s your arm, is your arm OK?’ And I thought to myself ‘why is he asking about my arm?’ so I said ‘yeah, my arm is good, everything’s fine.’ And he said ‘we’re going to be sending you to Arizona’ And I’m thinking ‘why is this guy telling me I’m going to Arizona? I just told him my arm is fine. What am I just going to go to rehab or something, I just told you I’m good.’ So I was like ‘so why am I going to Arizona? I thought we were going to Salt Lake.’ And (a coach) was behind me and says ‘the big league club is in Arizona.’

“It took a moment to really hit me and I was like ‘are you telling me I’m going to the big leagues?’ and he was like ‘yeah.’ And all the guys were outside, all my teammates were out there and once they heard the news they start going nuts and everybody’s congratulating me and it was just something I’ll probably never forget.”

The 25-year-old then made a series of phone calls to his agent, his family and his girlfriend, or whoever would answer the phone at such a late hour.

“I hardly slept the night before,” Villar added. “Calling everybody on the east coast was kind of tough, so the first person I was able to get ahold of was my agent, because he’s over in LA and he was very excited for me, nothing but good things to say. I was able to call my mom and my sister, they were together in Indiana at the time and they were just overjoyed.

“I kept trying to call my girlfriend, she didn’t pick up the phone, so I called my dad and told him the news and I could tell he was pretty tired and it didn’t really hit him until after the call and then two minutes later he calls me back and goes ‘how do we get there? where are you going? oh my god you’re going to the big leagues!” And then finally I got ahold of my girlfriend and I think I called her a total of 24 times, she wouldn’t wake up … so it was tough getting ahold of everybody and then I didn’t sleep at all.”

Villar was named MVP of the Pacific Coast League on Nov. 7 after his monster season with the River Cats. Depending on what moves the Giants make this offseason, Villar will arrive at spring training with a chance to earn an everyday role if San Francisco opts not to re-sign veteran third baseman Evan Longoria.

NFL Week 11: Should you take the Ravens to dominate the Panthers?