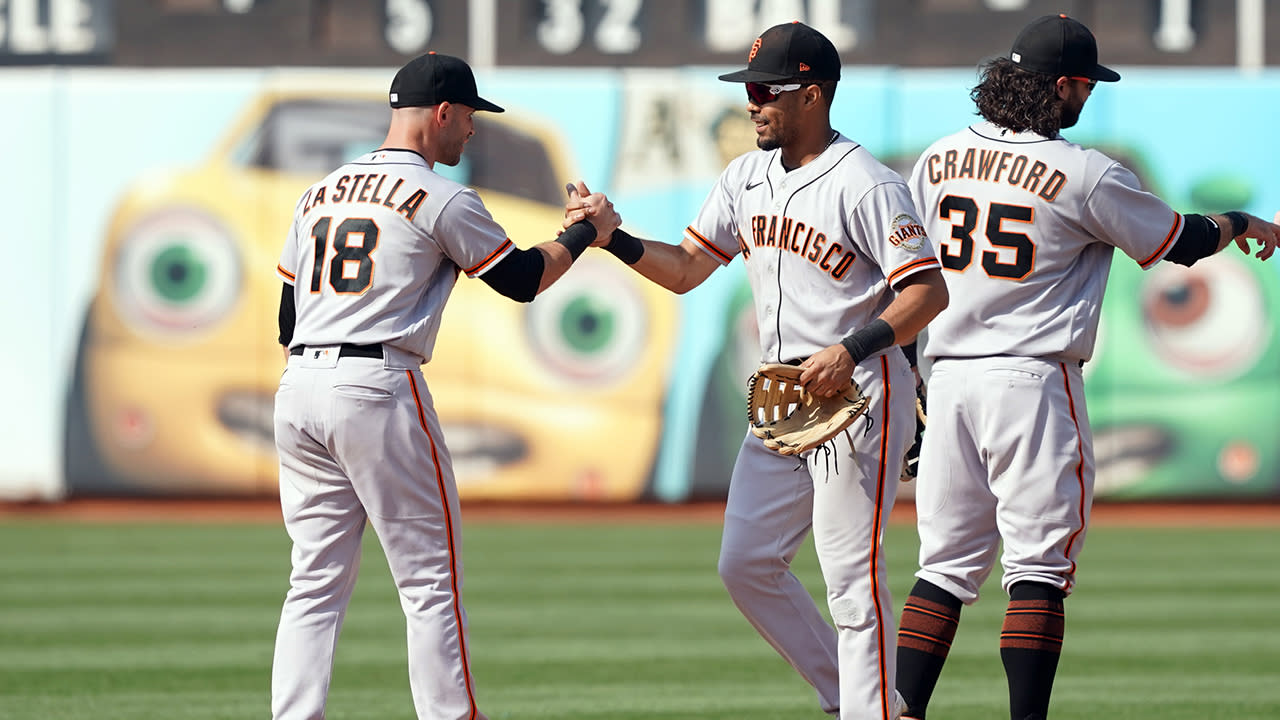 The Giants got their 79th win of the season in thrilling fashion on Saturday, with LaMonte Wade Jr. hitting a two-run homer in the top of the ninth inning to deliver a 6-5 victory over the A’s. Now standing 79-44 on the season, the Giants are off to their second-best best start in franchise history through 123 games.

That 1993 season saw the Giants finish with a 103-59 record, but due to there being just two playoff teams in each league at the time, San Francisco missed out on the playoffs. The Atlanta Braves had the best record in the league (104-58) and edged the Giants out in the then-NL West.

Luckily for the Giants, there now are five playoff spots per league, and San Francisco still is clinging to a 1.5 game lead in the division over the defending champion Los Angeles Dodgers. LA is on a nine-game winning streak and is charging hard at the Giants, who are 7-3 in their last 10 games.

The Giants looked destined to lose their second straight game to the crosstown A’s in the Bay Bridge, trailing 5-4 entering the top of the ninth inning in Oakland. But Wade Jr. absolutely crushed a Lou Trivino fastball into the right-field bleachers at the Coliseum.

RELATED: What we learned as Wade Jr. saves Giants with late homer

The road doesn’t get much easier for the Giants after Sunday’s Bay Bridge Series finale in Oakland, as a six-game road trip will begin with three games in New York against the Mets. That will be followed up by three games against the red-hot Atlanta Braves at Truist Park.

Even when the Giants return home, a four-game series with the NL Central-leading Milwaukee Brewers and three-game set with the Dodgers awaits manager Gabe Kapler’s group.

Hopefully for the Giants, they can avoid repeating history and make the playoffs after such a strong record through 123 games.

Have we seen the last of Albert Pujols as Dodgers are eliminated by Braves?