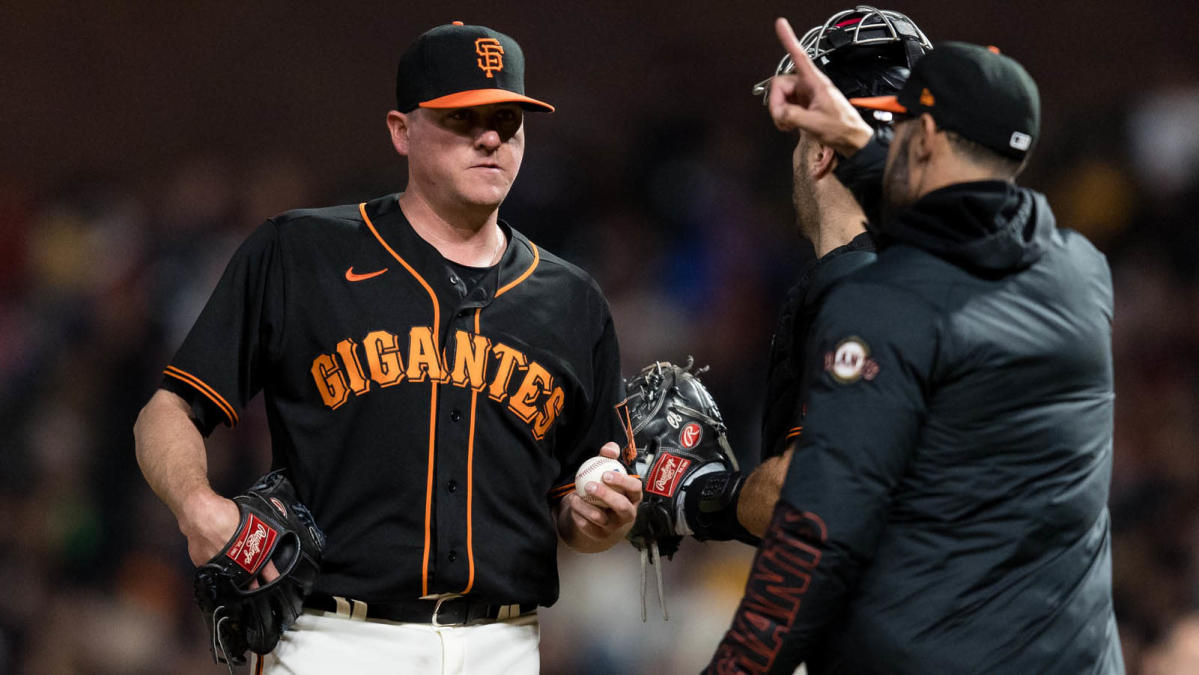 SAN FRANCISCO — On multiple occasions in April, Giants manager Gabe Kapler used his high-leverage relievers to keep the Giants close, hoping his lineup could close the gap. He chose not to do it on Wednesday night in Los Angeles, and the Dodgers turned a two-run game into a blowout against three pitchers, including one who was designated for assignment a few hours later.

A night later, Kapler turned to Jake McGee in the seventh inning of a two-run game, hoping last season’s closer could keep it that way. By the time McGee and fellow setup man Tyler Rogers were done with the inning, the Giants trailed by six.

Right now, there is apparently no right button for Kapler to push. In front of just 22,562 fans, the Giants lost 7-1 to the St. Louis Cardinals. They have lost six of seven, matching the worst stretch in Kapler’s three seasons. Here are three things to know about the fourth consecutive loss:

Giants relievers had allowed 22 runs over the previous five games, but the bullpen game was actually going pretty well until it got to McGee. His struggles continued in the seventh, as he was charged with three earned runs on three hits.

After saving 31 games and posting a 2.72 ERA in his first season with the Giants, McGee has allowed eight runs on 10 hits and four walks through his first nine appearances.

McGee allowed a double and two singles before handing it over to Rogers, who was uncharacteristically wild — throwing a couple of balls in the dirt — while walking Nolan Arenado to load the bases. Tyler O’Neill lined a single to center to score two runs and Juan Yepez went the opposite way for an RBI single that made it 7-1.

Give Him A Contract Extension

Newcomer Mauricio Llovera might have seemed like an odd choice to be the opener for Thursday’s game, but he actually made perfect sense given what the Cardinals had on the other side. The right-hander has a good fastball-slider combination and he made quick work of the first three Cardinals in the top of the first, including longtime Giants-killers Paul Goldschmidt and Arenado.

Goldschmidt struck out swinging on a 95 mph fastball and Arenado lined a 96 mph heater to center. The two were mostly held in check in their first visit to Oracle Park this season, which is always a victory for the pitching staff. Goldschmidt and Arenado entered the night with a combined 58 homers and 205 RBI against the Giants.

A night after getting the leadoff runner on in seven straight innings and failing to score, the Giants whiffed in a different way. There was plenty of traffic on the bases at times, but they were missing the big hit.

After the Cardinals jumped out to a 3-0 lead, Mike Yastrzemski dumped a single into right to get the Giants on the board in the fifth. With two on and two outs, Joc Pederson hit a deep drive to center, but Harrison Bader caught it at the wall. The Giants knocked Miles Mikolas out an inning later when two singles and a walk loaded the bases with two outs, but Jason Vosler grounded out to third against reliever Andre Pallante.

Cale Makar with a Spectacular Goal vs. Nashville Predators

On this date: A most painful Game 7 Finals loss for the Lakers