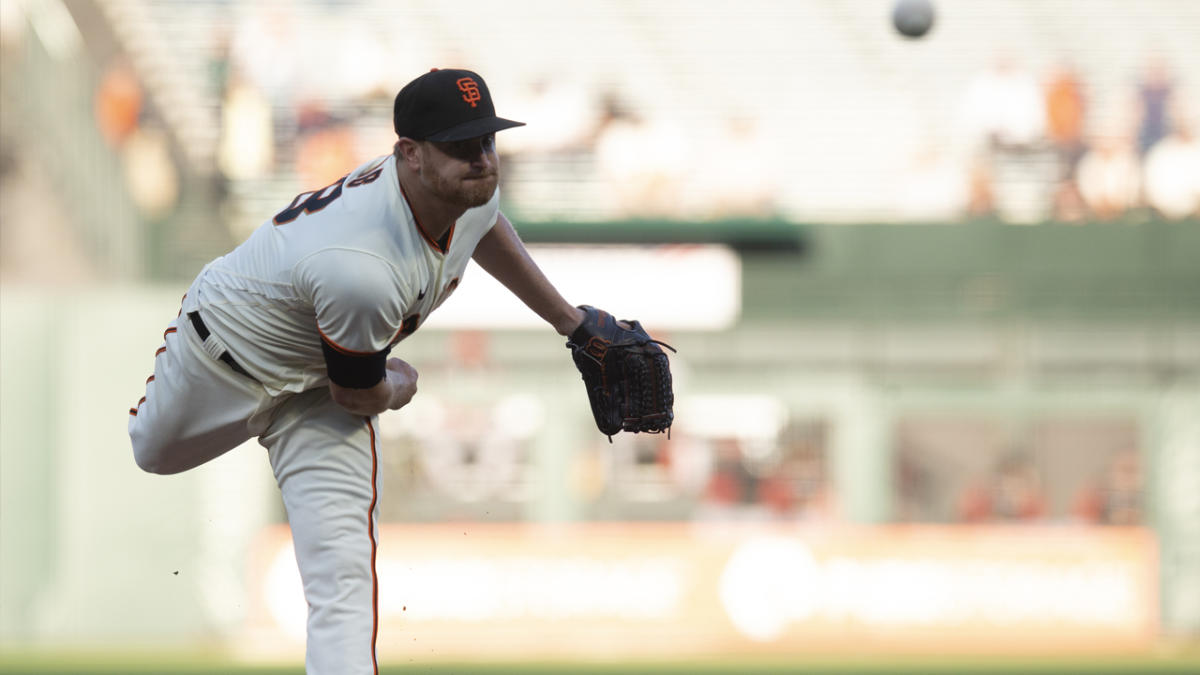 SAN FRANCISCO — Alex Cobb‘s Baseball Savant page is splashed with more red than the cap that still looks a little odd on Madison Bumgarner‘s head, a sign of how sneakily effective the Giants‘ right-hander has been.

Cobb entered Monday night’s game with a 4.15 ERA, but an expected ERA of 2.96. He has done a better job than most of keeping hitters from barreling balls up, even if that hasn’t shown in his overall statistics. It has in one inning, though.

Cobb has a 1.53 ERA in the first inning this season, and it’s down at 1.01 going back to the start of the 2021 season, easily the lowest mark in the Majors. That was in serious jeopardy Monday night at Oracle Park, as the Diamondbacks loaded the bases and put a dent in Cobb’s pitch count.

The veteran got out of the jam on his 29th pitch, though, setting the tone on another positive night for the Giants. They followed Cobb’s lead and beat Bumgarner and the Diamondbacks 6-1, winning their fourth straight.

On a night when Camilo Doval was unavailable, Cobb was backed by a lineup that stretched the lead against Bumgarner. Evan Longoria hit a two-run blast and Joey Bart tied a career-high with three hits.

Here are the takeaways from a win that pushes the Giants to 58-57:

Bart put a perfect bunt down in the third inning and reached when it rolled all the way to the third base bag. In the fifth, he nearly hit a homer into the arcade, settling for a double off the bricks. That gave Bart his fifth multi-hit game in his last seven appearances, and he wasn’t done.

With the Giants leading 4-1 in the sixth, Bart roped a 111 mph single to left to drive in a pair. With the three-hit night, Bart has 14 hits in his last 30 at-bats and is batting .333 in 17 games since the All-Star break. His batting average hung under .200 for most of the first half, but Bart is up to .233 and he has moved his wRC+ above 100, making him better than league average as a hitter.

Two days after the 2012 reunion, Bumgarner received a couple of standing ovations at Oracle Park — one when he was announced and one when he walked off the field with two outs in the sixth. The two hours in between were a little rough for the longtime Giants star.

Bumgarner got off to a quick start but ended up being charged with six runs in 5 2/3 innings.

This was the first time since 2011 that Bumgarner allowed at least six runs at Oracle Park. He struck out six, but the Giants totaled eight hits and two walks. The trouble started in the fourth, when J.D. Davis doubled and Longoria homered, giving the Giants a 2-0 lead that would hold up. The sixth-inning rally ended Bumgarner’s night earlier than he had hoped.

It was a very good night for the Giants’ flickering playoff hopes. Earlier in the day, the Padres got shut out by Cy Young frontrunner Sandy Alcantara and the Marlins. The Dodgers did the Giants a favor by blanking the Brewers 4-0.

The Giants picked up a full game on the two teams directly ahead of them in the Wild Card race. They are 5 1/2 behind the Padres, who currently hold the third spot.