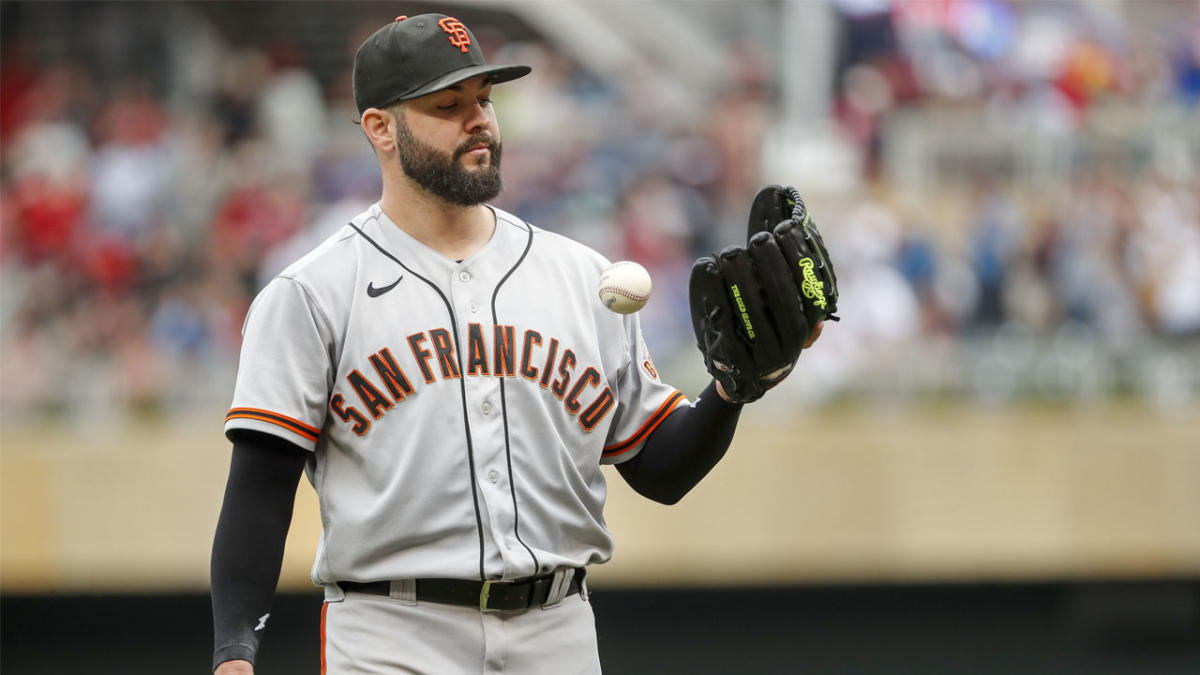 There isn’t a lot going right for the Giants right now.

To start, their dismal road trip ended Sunday with an 8-3 loss to the Minnesota Twins and marked the seventh time the team has been swept this season.

Across the 2-6 trip, San Francisco was outscored 46-25 by three teams in as many states — two of which hold records far below .500 — and missed a chance to make up some ground in the NL wild-card race.

“Not good enough. Not up to anybody in this clubhouse’s standards,” Kapler told reporters after the game. “I think we have to come back home and keep our heads down, keep grinding, keep working every day and understand that there’s still time, and really fight and scratch and claw to stay in this thing.”

The free-fall couldn’t have come at a worse time for the Giants, who are struggling to stay afloat in the wild-card standings. While they haven’t been mathematically eliminated from postseason contention, they currently sit 7 1/2 games behind the San Diego Padres for the NL’s final playoff spot.

Prior to the poor road trip, San Francisco was 5 1/2 games back. And during this pivotal stretch where they needed their lineup healthy, the team hasn’t been so lucky.

First baseman Brandon Belt’s chronic knee issues landed him on the IL again on Wednesday, and Kapler is “mildly” concerned Evan Longoria could end up there as well after exiting Sunday’s game with hamstring tightness.

Even before Sunday’s matchup, the Giants were already shorthanded. The game’s final lineup was delayed as Kapler decided who was in the best position to play outfield between Joc Pederson, dealing with groin tightness, Mike Yastrzemski, who has a calf issue, or an under-the-weather Luis González (h/t Susan Slusser).

Giants pitcher Jakob Junis was handed Sunday’s loss and hopes the team can get back on track — and back in the race — when they return to Oracle Park on Monday.

“Personally, my attitude is hopefully just flush this whole series, flush this game and move on to get back home in San Francisco and play in front of our fans, and hopefully put up some good games,” Junis said. “… Just forget about this road trip, these last four or five games, and try to look ahead and get in front of our home crowd and put some stuff together.”

After their latest defeat, the Giants have matched their season-worst record at four games below the .500 mark (61-65).

The Philadelphia Phillies, Atlanta Braves and Milwaukee Brewers remain ahead of them in the wild-card race, along with the Padres.

But with three games apiece against the Padres and Phillies during this week’s homestand, now would be a perfect time for the Giants to take Junis’ advice.