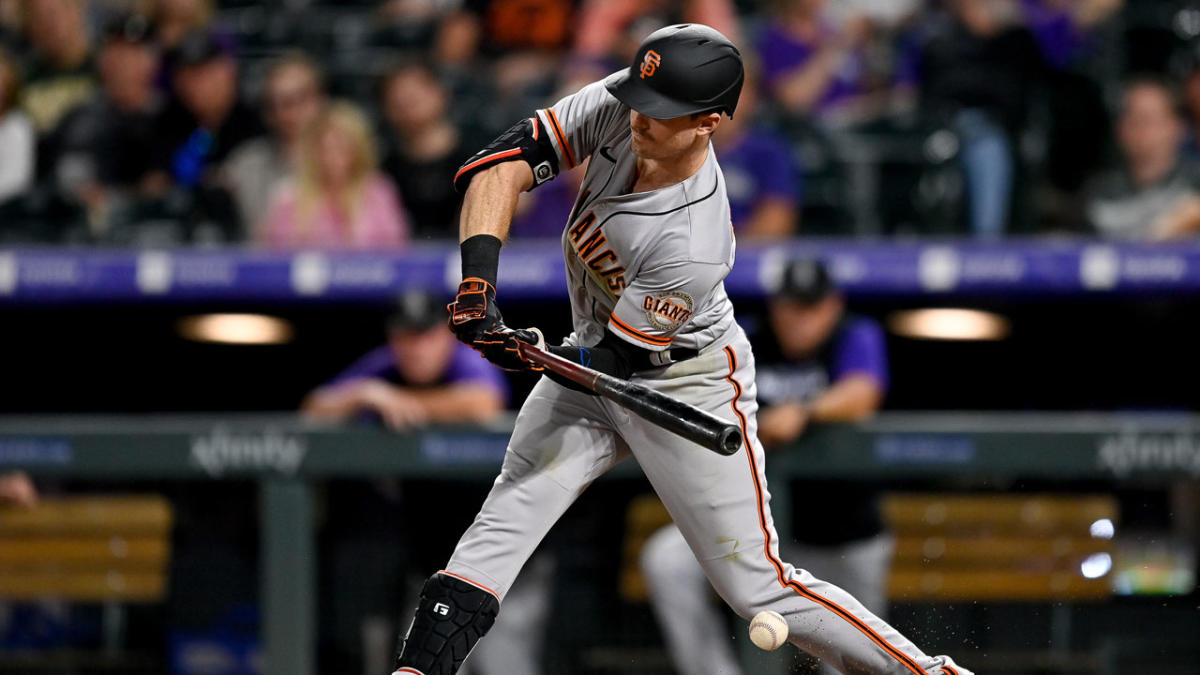 If there’s one ballpark that can fix a struggling offense, it’s Coors Field. Unfortunately for the Giants, that has not been the case.

Losing to the Colorado Rockies 4-3 on a 10th-inning walk-off from Brendan Rodgers on Saturday night, San Francisco now has lost four straight games and will look to avoid a three-game series sweep on Sunday.

After scoring four runs on five hits Friday night, the Giants scored just three runs on five hits on Saturday night, not exactly the offensive production they were searching for after two disappointing losses to the Arizona Diamondbacks to close out a four-game series earlier this week. Giants manager Gabe Kapler explained why he believes his offense has struggled in two hitter-friendly parks.

“I think everybody’s putting a lot of pressure on themselves coming in, trying to figure this out,” Kapler told reporters postgame. “There’s two pitchers on the other side that I thought we matched up pretty well with, both of them did a really nice job over the last couple of days, threw a lot of strikes, executed a lot of pitches. And we have to be prepared for teams to do that. We’re not always going to walk our way on base and we’re not always going to be able to string together great at-bats, we’re going to have to fight and scratch and claw in those situations and we weren’t able to do that over the last couple of games.”

“You think coming in here we’d click a little bit better, but I think we’re pressing a little bit,” Cobb said. “We know that this was a must-win series for us.

“Obviously we’d love to blow everybody out, but there’s going to be some one-run games that we have to win.”

Shortstop Brandon Crawford understands the mindset of a struggling hitter and how the lulls of a long season can result in added pressure at the plate.

“A couple guys are struggling at the plate a little bit and when you go through some struggles, sometimes you’ll put more pressure on yourself than you really need to,” Crawford explained. “So that can definitely happen.”

The Giants will send Jakob Junis to the mound on Sunday to face off against Rockies lefty Kyle Freeland as they look to avoid a sweep.

San Francisco then will travel to Detroit and Minnesota to face off against the Tigers and Twins before returning home for two three-game series against the San Diego Padres and Philadelphia Phillies — two series that will have massive implications on the Giants’ pursuit of an NL Wild Card spot.