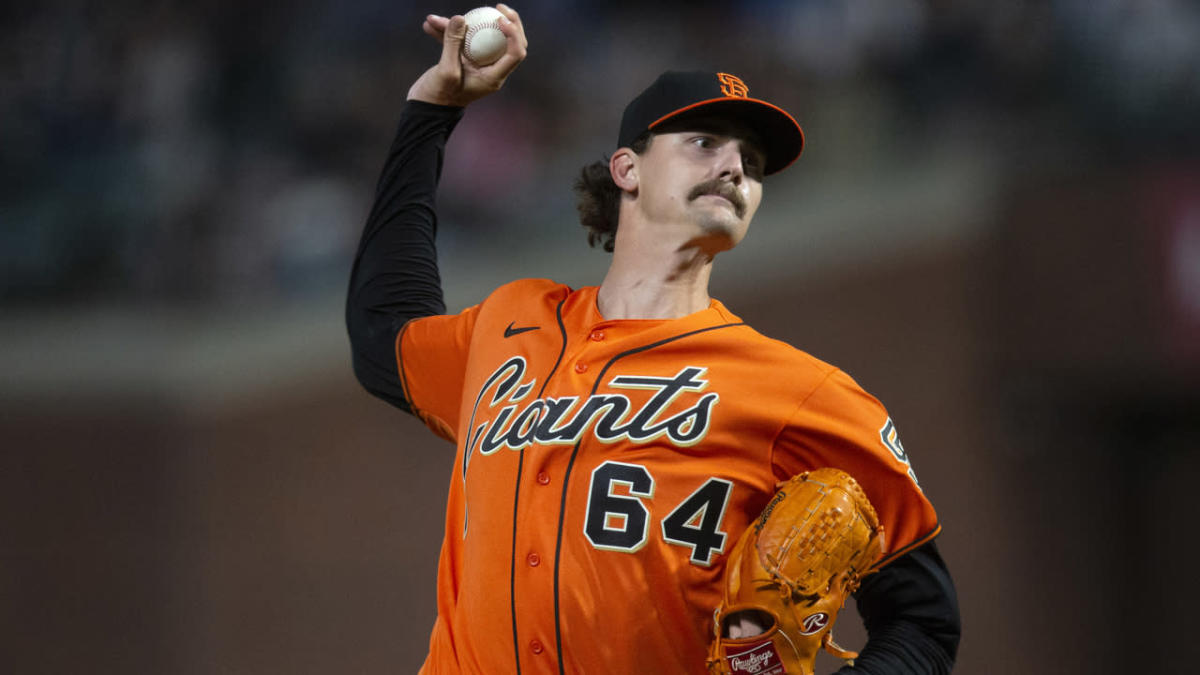 SAN FRANCISCO — The Giants now have two arcade basketball machines in their clubhouse, courtesy of Brandon Belt, and on Saturday afternoon Sean Hjelle spent a few minutes trying to run up a high score. The game against the St. Louis Cardinals was about four hours away, but Hjelle couldn’t be blamed for getting a few shots up. He was headed back to Triple-A after just one night in the big leagues.

Hjelle’s first appearance on a Major League roster was short, but that was to be expected. His cameo was part of what likely will become a trend for the Giants, who buck the game’s conventional wisdom often and this year have taken a new approach to introducing top prospects.

Hjelle, a second-round pick in 2018, spent just one day on the active roster. Heliot Ramos, a first-rounder the year before, made his long-awaited debut on April 10 but was sent back to Triple-A after just four days.

In his debut Friday, Hjelle had a 1-2-3 inning, throwing seven of 11 pitches for strikes and hitting 95 mph while getting two grounders and a strikeout. Things couldn’t have gone much better, and that was by design.

The Giants needed some bullpen depth Friday, Hjelle was fresh, and the St. Louis Cardinals have a righty-heavy lineup. He made his first MLB appearance against St. Louis’ 5-6-7 hitters, two of whom hit right-handed. It was similar to Ramos coming up and making two starts against left-handed pitchers. Both times, the Giants identified a soft landing spot for a good prospect added to the 40-man rotation over the winter, knowing the player would soon be headed back to Triple-A.

“There are some organizations that have introduced prospects and just said, here’s 150 or 200 plate appearances, or introduced starting pitchers or relievers and said you’re going to get a good, long look,” Kapler said after Hjelle was optioned on Saturday. “I think the way we’re thinking about it is how can we set Sean Hjelle, Heliot Ramos and others up for the most success? Is that to have them start — in the case of Sean Hjelle — a game like today, or is it to have them get a look out of the bullpen in a spot that might be — it’s all challenging — but maybe it’s not the most challenging? There’s a lot that goes into making a Major League start.

“Or in the case of Heliot Ramos, are there ways for us to help him gain some confidence by putting him in positions to really succeed. We look at that from a number of different angles, but simplified, that’s how we’re thinking about it.”

This is a departure from the way most teams, including the Giants, have traditionally introduced their best prospects. The rhythm has always been the same. A top prospect gets off to a good start in Triple-A and fans and the media start clamoring for his debut. The team eventually calls him up and it’s a big deal, and he’s run out there for a few weeks, no matter the results. Sometimes, especially in recent years, that whole process plays out after a huge spring or because of an injury.

The rival San Diego Padres had both this spring, putting C.J. Abrams on their Opening Day roster after he had a good spring and incumbent shortstop Fernando Tatis Jr. needed wrist surgery. Abrams appeared in 20 of San Diego’s first 30 games but had a .543 OPS. On Tuesday, he was sent back to Triple-A.

The two best pitching prospects who debuted for the Giants before Hjelle both had more traditional opportunities. Tyler Beede started twice in April of 2018, giving up seven runs in 7 2/3 innings before being optioned back to Triple-A. Logan Webb made his debut in August of 2019 and was in the rotation the rest of the season through some promising starts but also some rough ones.

Lately, the Giants have preferred to pick their spots, introducing prospects to big league life and letting them get adjusted while avoiding the tougher matchups that might ruin a player’s confidence or expose things he’s still working on.

“There might come a time when we have a pitcher at the minor league level, a position player at the minor league level, that is just so dominant that it feels like the matchups aren’t necessarily quite as important or we’re perhaps not looking for the perfect landing spot,” Kapler said. “It’s just, that person is so good that we need to have them on the mound or in the batter’s box.”

Kapler noted that both Ramos and Hjelle are talented enough to put themselves in that position soon, but the Giants do feel both have work to do in the minors. Hjelle has given up 18 earned runs in 25 2/3 innings this year. Ramos has a .601 OPS and two homers in his time with the River Cats. President of baseball operations Farhan Zaidi said recently that the Giants want to see him “dominate” the competition before he comes back for a second round in San Francisco.

“It’s almost like a prerequisite to them being a productive big league hitter,” Zaidi said. “You get to the point that you demonstrate that Triple-A is almost too easy for you. You look at some of the guys that have come up — (Mike Yastrzemski), Thairo Estrada, LaMonte (Wade Jr.), even Joey Bart in the time he spent there last year — and Ramos just hasn’t had that opportunity. He hasn’t had that stretch where he’s clearly demonstrated, ‘Okay, I’ve mastered this level.’ The talent is tantalizing, love the person, really believe he’s going to get there, but that’s kind of where we are right now. We’ve communicated that to him and he understands.”

Ramos and Hjelle have the highest profiles of the young players in Triple-A, but they are not the only ones who are learning a tough lesson about roster management under the new regime in San Francisco. When Hjelle was called up, Sam Long went back to Triple-A despite performing well as the bullpen’s long reliever/opener. Hjelle left town the next day with Jason Vosler, who had a 146 OPS+ in 12 appearances.

As he discussed the Hjelle call-up, Kapler said he had a conversation with Long because of how well he had been throwing at the time he was sent out.

“That’s just part of being at the Major League level as a less experienced player with options left. Teams manage their rosters with a mindset that at Triple-A they’re just a step away from being in a big league rotation or in a big league bullpen, and even sustained success doesn’t guarantee that you’re not immune to those sort of roster management strategies,” Kapler said. “Players are great now because I think they understand that part of the game. The one thing that we always try to say as much as possible is that when there’s no question that that player has to stay on the Major League roster because they’re that good, those are the fun ones, and it happens. So we always want to leave that door open.”

NHL betting: Which teams are oddsmakers giving best chance of erasing a 3-2 deficit?