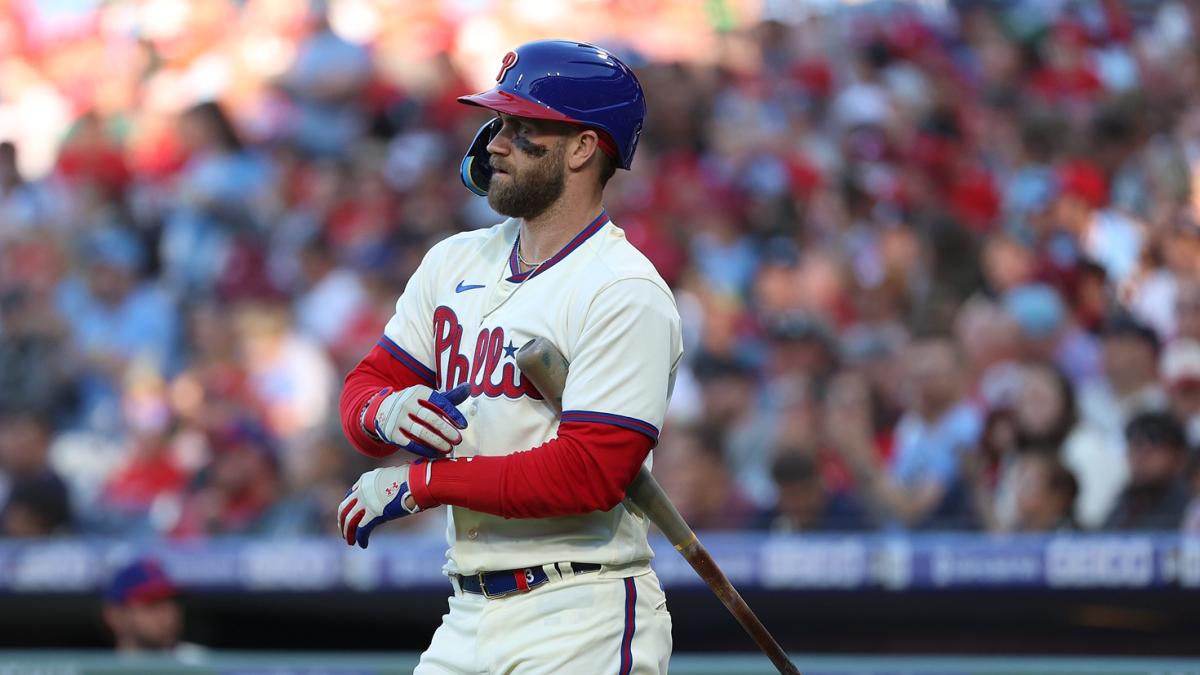 How long will surgery keep Bryce Harper out of Phillies’ lineup in 2023? originally appeared on NBC Sports Philadelphia

The Phillies learned how to survive without Bryce Harper in 2022. They will be putting those lessons to work again in 2023.

Harper, the team announced, will undergo surgery to repair the injured ulna collateral ligament in his right elbow next Wednesday, the day before Thanksgiving. The surgery will be performed by Dr. Neal ElAttrache in Los Angeles.

Harper was examined by ElAttrache on Monday and an MRI confirmed that surgery would be needed to repair the tear in his UCL.

The exact nature of the surgery will not be determined until ElAttrache gets a real-time look inside Harper’s elbow. Depending on the extent of the injury, Harper will either have a full reconstruction of the ligament — Tommy John surgery — or a lesser operation known as an internal brace procedure.

Either way, Harper is likely to miss at least the first month of next season.

“With the surgery and anticipation that something will happen, I would think it will slow him down for the season, but we’ll know more next week,” Phillies president of baseball operations Dave Dombrowski said Wednesday.

Harper injured his elbow making a throw in right field on April 11. Even while injured and unable to throw, he was able to stay in the Phillies’ lineup as the designated hitter.

Tommy John surgery commonly keeps pitchers sidelined for at least a year. Harper, obviously, is not a pitcher so his recovery from Tommy John surgery could be quicker than that. Even if he’s not ready to throw in the outfield, he could remain as the team’s DH in 2023. The question remains: When would he be ready for that role? While there is no definitive answer because everyone heals differently, there is this possible template: Los Angeles Angels star pitcher/slugger Shohei Ohtani had Tommy John surgery immediately after the 2018 season and was back as his team’s DH in a little over seven months. For Harper, seven months post-op would be late June.

If ElAttrache determines that Harper is a candidate for the lesser internal brace procedure, the recovery would be quicker, four to six months by some estimates. Rhys Hoskins had the procedure to fix a tear in the UCL in his left elbow in early October 2020 and participated in a full spring training in 2021.

Hoskins had a full offseason to recover from his surgery. Harper does not have that luxury, for good reason. The Phillies played into November as they made the World Series for the first time since 2009. If Harper’s injury can be repaired with the internal brace procedure, a four-to-six-month recovery window would take him into the regular season and he would likely return as just a hitter while he builds his throwing strength.

Regardless of the procedure, the Phillies aren’t going to rush Harper’s return. The 30-year-old two-time National League MVP is a huge investment with nine years remaining on the 13-year, $330 million contract that he signed in March 2019. The team wants him at 100 percent when he’s ready.

The Phils have experience playing without Harper. While he played through the elbow injury in 2022, he was not able to play through the broken left thumb that he suffered when he was hit by a pitch on June 25. Harper missed two months with the injury and the Phillies went 32-20 without him to cement their status as a contending club.

“You don’t ever want to lose Bryce,” manager Rob Thomson said Wednesday. “He’s one of the best hitters in baseball, if not the best. We spent a lot of time without him last year and it gave other guys the opportunity to step up and they did so. So, while we’ll be missing him and looking forward to getting him back, we’ll be looking for the same thing.”

With much of their offseason attention focused on lengthening the lineup with a bat — probably someone from the gaudy free-agent shortstop class that includes Trea Turner, Xander Bogaerts, Carlos Correa and Dansby Swanson — and adding to the pitching staff, both in the rotation and bullpen, the Phils could try to fill the void created by Harper’s loss from within, much like they did in 2022. Darick Hall came up from the minors and provided left-handed pop with nine homers after Harper went down. Outfielders Nick Castellanos and Kyle Schwarber, catcher J.T. Realmuto and first baseman Hoskins could all be candidates for occasional reps at DH while Harper recovers. If Hoskins were to fill in at DH, the Phils could use Alec Bohm at first and play Edmundo Sosa at third, thus improving their infield defense. This is contingent on the Phils signing a shortstop and Sosa not having to play there full-time.

Dombrowski said he would not know how Harper’s surgery would impact the team’s offseason plans until he received a full diagnosis from ElAttrache and the medical team next week.

“We’re having meetings now,” Dombrowski said. “We cover every single topic we can think of — clubs, possible free-agent signings, trades — all of that stuff. In the back of our minds, there will be some discussions of, ‘What do we do if?’ Which might be nothing if we’re in a situation where we’re looking at him coming back and DHing for some portion of the season. We have other people who can DH, so we need to fit that into the total picture of what we’ll be doing.”