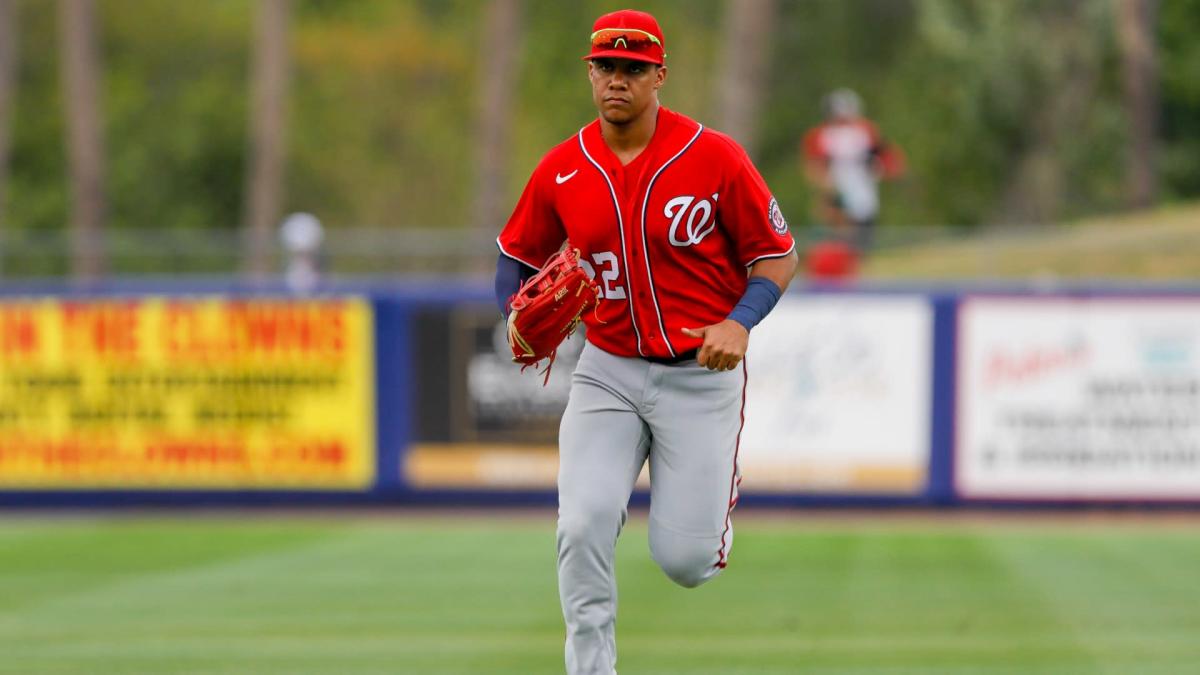 How Juan Soto, already a star, can improve in 2022 originally appeared on NBC Sports Washington

Juan Soto enters the 2022 season with some of the highest expectations of any hitter in baseball, and for good reason. The Nationals’ right fielder was the runner-up for NL MVP last season, winning a Silver Slugger award while leading the sport with a .465 on-base percentage that’s only been matched in a full season by Chipper Jones, Barry Bonds and Todd Helton over the last two decades.

He also beat out Shohei Ohtani in the Home Run Derby, made his first All-Star appearance and finished one long ball short of his second career 30-homer season. After all of that, he turned 23 years old in October. The young phenom is one of baseball’s most complete hitters, rivaling players such as Ohtani, Mike Trout, Fernando Tatís Jr. and Bryce Harper for the title of best in the world.

“For me, one, he’s a student of the game, he understands the game, as we all know, especially the hitting portion,” Nationals manager Davey Martinez said in a press conference in March. “He’s still learning, and he wants to get better at certain aspects of the game, what he’s really good at it is taking everything, and when he’s a leader, he leads on the field by example.”

For as good of a hitter as he is, Soto is still trying to improve other aspects of his game. He’s not what scouts describe as a “five-tool player.” Each of the last two years, he’s set out to steal more bases and improve his baserunning. Soto has swiped 15 bags since the start of the 2020 campaign, but he’s also been thrown out nine times and picked off another four over that span.

His sprint speed, which Statcast pegs as the 52nd percentile among MLB players, won’t do Soto many favors. But he can choose his spots more wisely and improve upon his 73% stolen base percentage. To his credit, he has been a smarter baserunner overall. After running into 11 outs on the basepaths in 2019, he’s been tagged out on baserunning plays just 10 times over the last two seasons combined.

Soto also took a step forward defensively last season after moving from left to right field. He threw out a career-best five baserunners and advanced metrics suggested his glovework was among the best at the position. Soto won’t make many highlight-reel plays but he’s a solid enough fielder to limit mistakes and make all the plays within his range. Still, he said last year he wants to win a Gold Glove.

At the plate, there’s really not much Soto can do better. Perhaps the one gripe is that he took a while to find his power stroke last season. Soto went into the All-Star Break with just 11 home runs on the year, then went on a torrid second-half stretch that saw him hit 18 homers in 72 games. He credited the Derby for helping him lock in as a power hitter. If he can extend that production to a full season, he stands as good a chance as anybody at taking home NL MVP honors in 2022.

The Nationals will hope to convince Soto to sign a long-term extension before he hits free agency after the 2024 season. They reportedly offered a 13-year, $350 million deal earlier this offseason and GM Mike Rizzo expressed when camp opened his desire to return to the negotiating table soon. In the meantime, the superstar will look to build on his already-impressive resume and reinforce his place among the game’s best players.

Xbox Game Pass leak: Lost In Random, MLB The Show 22 and more rumored for this month