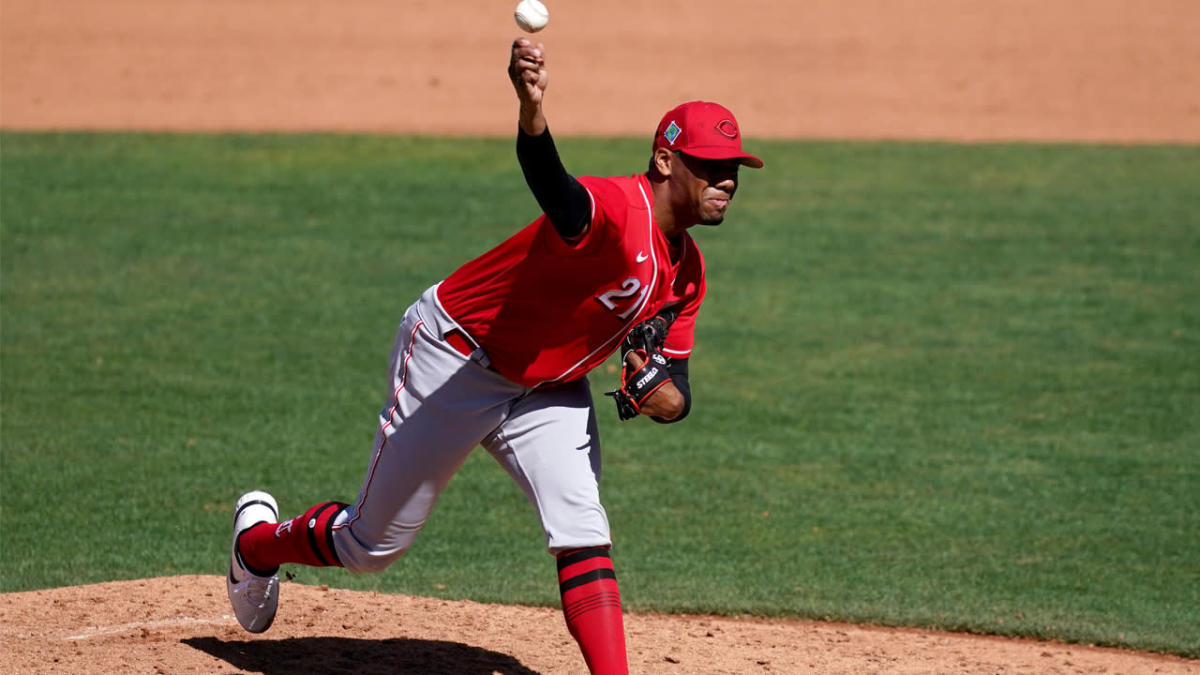 After winning a franchise-record 107 games last season, the Giants have gotten off to a 2-6 start in spring training after losing 2-1 to the Cincinnati Reds on Saturday in Scottsdale, Ariz.

Greene, the No. 2 overall pick in the 2017 MLB Draft, has the ability to reach 103 mph on the radar gun. He’s the top prospect in the Reds’ organization and the fourth-best pitching prospect in baseball, per MLB Pipeline. The 22-year-old reached Triple-A last season and is on the cusp of making his MLB debut during the 2022 season.

On Saturday, the Giants got an up-close look at Greene’s 100-plus mph fastball.

Greene pitched two scoreless innings while allowing four hits and striking out one. Austin Slater and Thairo Estrada both singled off Greene in the first inning but Curt Casali grounded out to end the frame. In the second inning, Alex Blandino and catching prospect Patrick Bailey picked up singles but David Villar popped out and LaMonte Wade Jr. flew out to end the inning.

After Casali had been removed from the game, he spoke to Dave Flemming and Mike Krukow on the NBC Sports Bay Area broadcast and was asked about facing Greene’s heater so early in the spring.

“It’s fast, I can tell you that,” Casali said. “It’s definitely different than what you normally see. There’s only a handful of guys that can really do it. Fortunately, we have one on our team in [Camilo] Doval. But it gets on you pretty quick and decent slider to go with it. I can definitely see why the hype is so big about that guy.”

RELATED: Rogers leaves Giants-Reds after getting hit by comebacker on leg

Greene was the top-ranked prospect in the 2017 draft coming out of Notre Dame high school in Sherman Oaks, and standing at 6-foot-5 and weighing 230 pounds, he has the makings of a future MLB star.

Unfortunately for the Giants, they likely will have to deal with Greene and his 100 mph fastball for years to come.

From Deep: Following Kevin Durant drama, can a healthy Ben Simmons bring the Brooklyn Nets together?