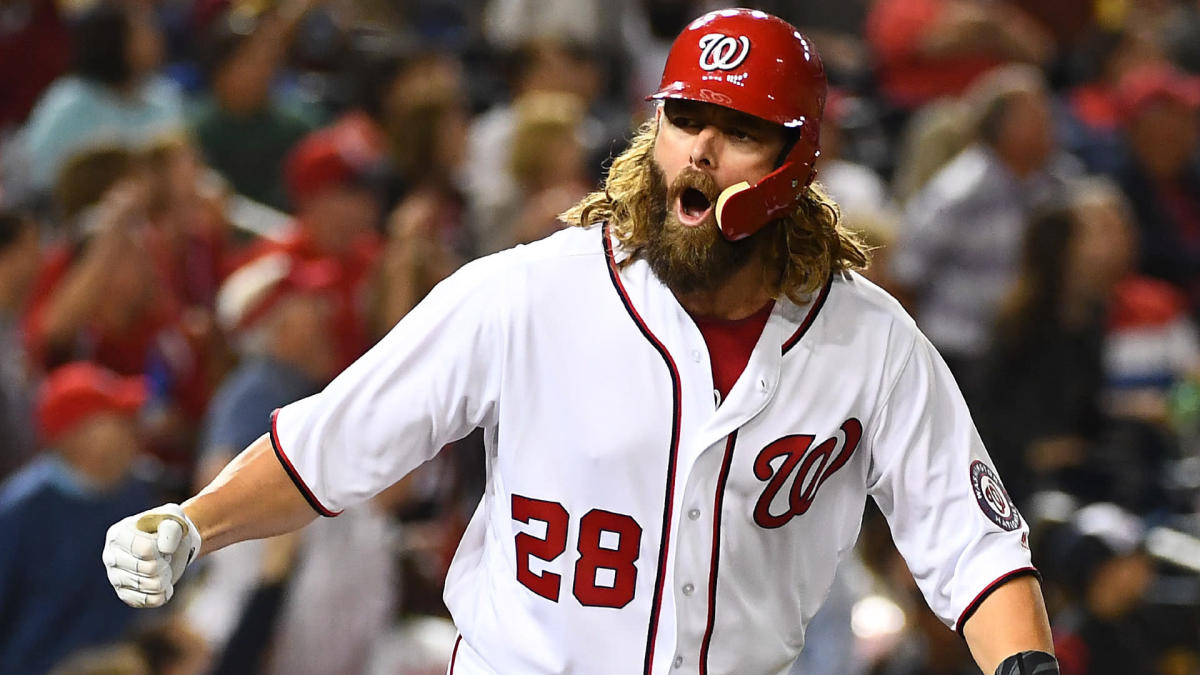 With the Baseball Writers’ Association of America’s announcement that Boston Red Sox legend David Ortiz would be the lone player elected to the 2022 Hall of Fame class, the class of 2023 will soon come to the forefront of discussion over who deserves to have a plaque in Cooperstown.

Fifteen players with at least one more year of eligibility remaining received the required 5% in order to remain on the ballot, ranging from Torii Hunter (5.3%) to Scott Rolen (63.2%). Eligible to join them are as many as 26 players that last appeared in the majors in 2017. However, it will be up to a BBWAA Screening Committee to determine the final list of candidates.

After the Nationals’ only former player to appear on the 2022 ballot was estranged closer Jonathan Papelbon, who fell off the ballot in his first year with just 1.3% of the vote, the team could have as many as four players up for election in 2023 — seven if you count minor-league deals.

The first name that jumps out among those that will receive consideration is Jayson Werth, the bearded outfielder who signed a seven-year, $126 million deal with the club in free agency ahead of the 2011 season. After emerging as an All-Star and winning a World Series with the Philadelphia Phillies, Werth joined a young Nationals roster on the cusp of contention and in need of veteran leadership.

Werth played out the entirety of his contract in D.C., twice receiving down-ballot NL MVP votes while posting a .788 OPS with a strong .355 on-base percentage and 109 home runs. His best season came in 2013, when he hit .318 with a team-high .931 OPS and 25 home runs over 129 games. Werth is perhaps best remembered for his walk-off home run in Game 4 of the 2012 NLDS, which helped the Nationals stave off elimination before the St. Louis Cardinals knocked them out in Game 5.

Though he’s a member of the Nationals’ Ring of Honor, Werth faces an unlikely path to the Hall of Fame. His rate stats, including his time with the Phillies, Los Angeles Dodgers and Toronto Blue Jays, hold up fairly well. His lifetime .817 OPS is identical to that of Hall of Famers Derek Jeter, Johnny Bench and Paul Molitor while his .360 on-base percentage tops legends Eddie Murray and Roberto Clemente.

Yet injuries limited him to 1,583 games throughout his career, including a 2006 season lost to a pair of wrist surgeries. That average of just 106 games per season (excluding 2006) prevented him from compiling the statistics necessary to warrant serious consideration. He finished his career with 1,465 hits, 229 home runs, 300 doubles, 799 RBIs and 883 runs scored. Of the 190 other players in MLB history to have eclipsed those totals, only 63 are in the Hall with Ortiz set to join them.

Other former Nationals that have a chance to land on next year’s ballot include infielder Stephen Drew, first baseman Adam Lind and pitcher Joe Blanton. Drew and Blanton each won a World Series and Lind earned a Silver Slugger award with a monster season in 2009. None of them will be expected to get past the first year of voting should they make it onto the ballot.

Pitchers Bronson Arroyo, Joaquin Benoit and Francisco Rodríguez each signed with the organization late in their careers on minor-league deals but never appeared in a game for the club. Rodríguez, who ranks fourth all-time with 437 saves, stands the best chance of the three at making it to Cooperstown.