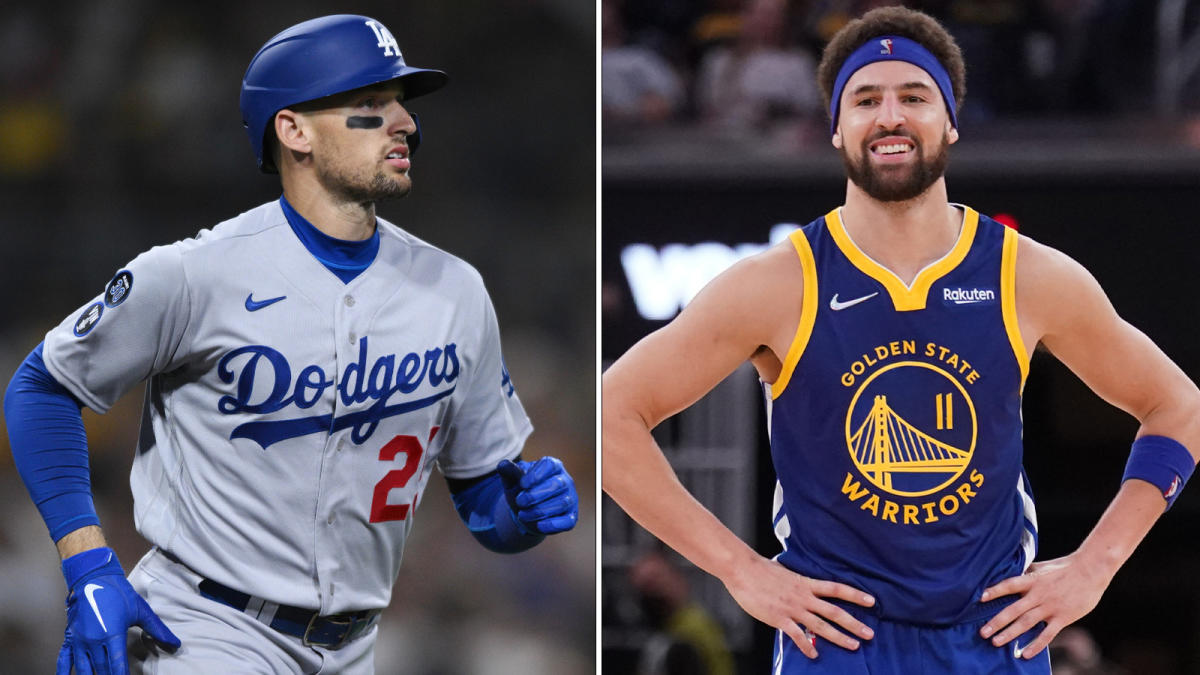 Trayce Thompson, the younger brother to Warriors star Klay Thompson, was one of the biggest surprises of the 2022 MLB season.

Trayce, a 31-year-old journeyman whose baseball career mostly has been spent in the minor leagues, caught fire with the hometown Los Angeles Dodgers and contributed to a team that won a league-best 111 games.

“He grinded, and he made a huge impact with the Dodgers this season,” Klay Thompson said during the Warriors broadcast on NBC Sports Bay Area on Monday night. “I hope they re-sign him because he played so well in blue.

Trayce Thompson began the 2022 season with the San Diego Padres. After just six games in The Show, he was designated for assignment in May and landed with the Detroit Tigers. Detroit traded Thompson to the Dodgers on June 20 for cash considerations, and the 31-year-old outfielder never looked back.

In 74 contests with the Dodgers, he batted .268/.364/.537 with 13 homers and 39 RBI. The younger Thompson brother played all three outfield positions in Los Angeles and started all four playoff games against the Padres.

“I’m so proud of Trayce,” Klay Thompson said. “And Trayce was in the minors for a whole year at 30 years old. He could have easily given up. Like, ‘Man, I gave it everything I’ve had for 12 years since I was 18.’ But he knew he had so much left in the tank.”

Klay Thompson was in attendance for a handful of Dodgers games this season. He notably chugged a beer while sitting in the front row of Los Angeles’ 7-4 victory over the Giants on July 24.

Trayce Thompson started in left field that game and went 2-for-4 with a run-scoring single and RBI double while big brother proudly watched.

RELATED: Where Giants stand with Matos, prospects ahead of Rule 5 draft

“He made some great defensive plays and really showed off his athleticism,” Klay Thompson said. “I’m so proud of him. He works so hard.”

Shai Gilgeous-Alexander already deserves to be in the NBA’s early MVP conversation. Seriously.