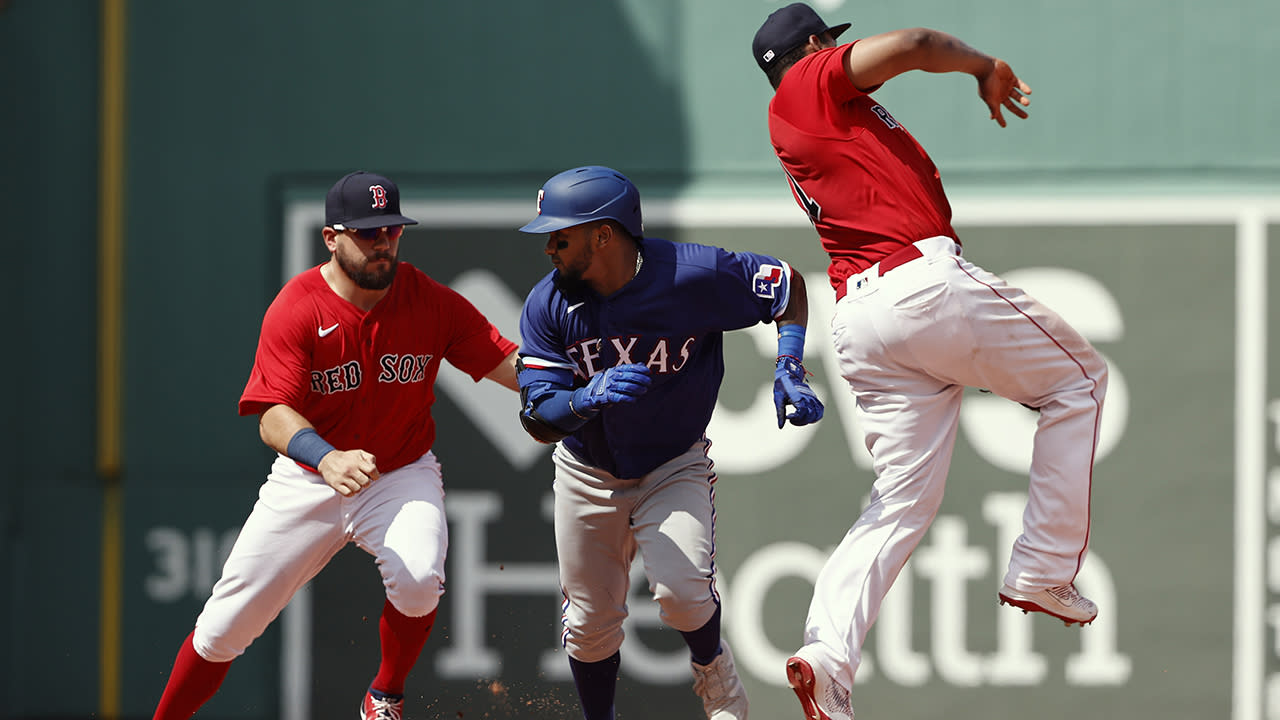 Nothing like a 1-2-5-7 double play to welcome Kyle Schwarber to the Boston Red Sox outfield.

Schwarber made his fielding debut for the Red Sox on Monday, starting in left field against the Texas Rangers at Fenway Park after playing designated hitter in his first six games with Boston.

That debut took an eventful turn in the fifth inning when the Rangers’ Yonny Hernandez attempted a squeeze play with runners on first and third base and one out. Here’s what happened next:

To recap: Third baseman Rafael Devers tagged out Nick Solak on the third base line, then ran across the infield toward Hernandez, who was stranded between first and second base with Jose Trevino standing on second.

Devers chased Hernandez toward second base, where Schwarber, who had come in from left field to cover second, applied the tag for the inning-ending out.

According to The Boston Globe’s Alex Speier, Schwarber’s tag on Hernandez was the first infield putout of his career, excluding his 26 games as a catcher with the Chicago Cubs.

The play helped thwart a Rangers rally and keep the Red Sox in front, as Devers displayed great awareness on the play. But it was also encouraging to see Schwarber get involved and look no worse for wear after returning from a hamstring strain earlier this month.

Schwarber took practice reps at first base during his rehab, so the Red Sox’ MLB trade deadline acquisition could be involved in more double plays going forward.