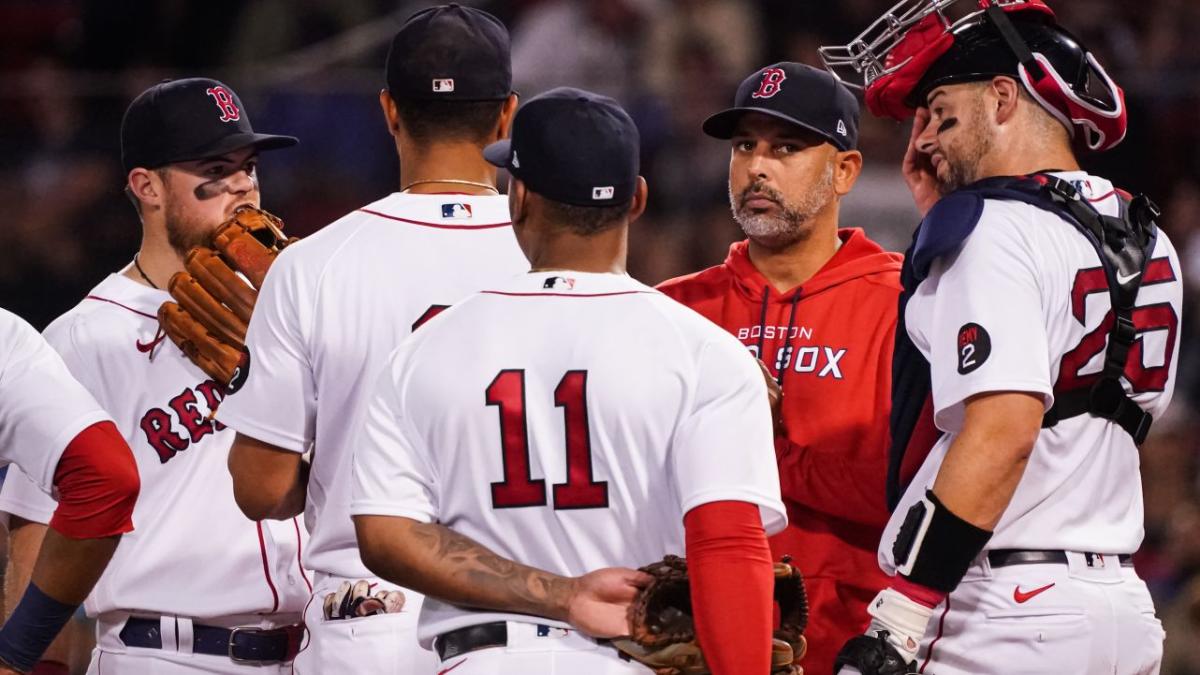 For an organization that has spent the last decade whiplashing between first and last place, the Red Sox keep finding ways to disgust us.

They entered July firmly in control of the wild card race. They’re about to finish August so laughably out of contention that cries of, “Play the kids!” are largely meaningless, because outside of first baseman Triston Casas, the kids are already here, starting three out of every five games.

What began as a slide toward irrelevancy is now an avalanche, and god only knows what it’s going to look like at the bottom of the mountain. What’s indisputable is the Red Sox have become borderline impossible to watch, with Tuesday’s 9-3 loss to the Blue Jays just the latest example of their sudden ineptitude.

All of this happened in the same game:

All of it is enough to make you wonder how they expect us to keep watching. Third baseman Rafael Devers is clearly playing hurt, his hamstring turning balls off the top of the Monster into singles. Shortstop Xander Bogaerts recently admitted to the Boston Globe that he has had cortisone shots in his wrist and shoulder, and he, too, left Tuesday’s game with back spasms.

Right-hander Nathan Eovaldi and first baseman Eric Hosmer were placed on the injured list before the game. Second baseman Trevor Story, closer Tanner Houck, and reliever Tyler Danish are already there. Don’t even get us started on Chris Sale.

J.D. Martinez has no pop, the bullpen has nobody left in front of Garrett Whitlock now that John Schreiber has finally collapsed under the weight of all that high-leverage usage, and their playoff odds have fallen to 1.9 percent, which frankly sounds high.

The 2022 season may have never held great promise, but we had no reason to think it was headed for unmitigated disaster, and yet here we are. The whiplash continues.